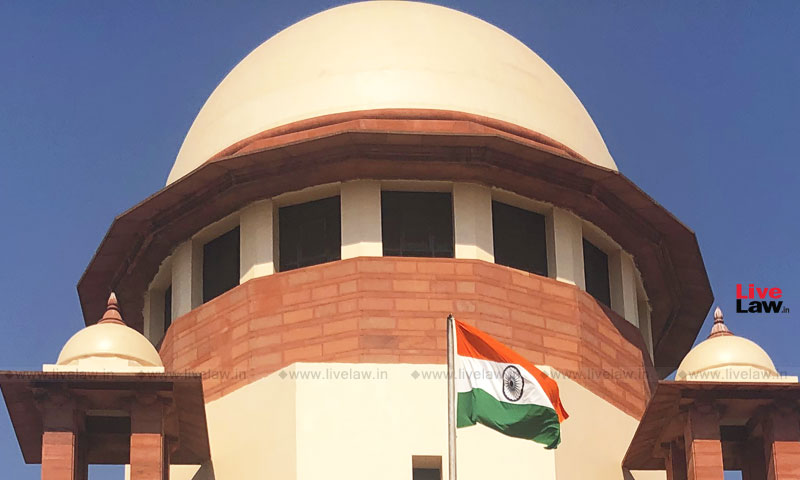 The Supreme Court on Monday directed the Nanded Sikh Gurudwara Sachkand Shri Hazur Abchalnagar Sahib Board to approach the Secretary, Disaster Management Department and for the State authorities to hear the plea by tomorrow. A Bench headed by Justice L. Nageswara Rao, was hearing a plea, filed by the Gurudwara, seeks for permission to conduct "Dusshera, Takht Isnan, Deepmala and...

The Supreme Court on Monday directed the Nanded Sikh Gurudwara Sachkand Shri Hazur Abchalnagar Sahib Board to approach the Secretary, Disaster Management Department and for the State authorities to hear the plea by tomorrow.

A Bench headed by Justice L. Nageswara Rao, was hearing a plea, filed by the Gurudwara, seeks for permission to conduct "Dusshera, Takht Isnan, Deepmala and Gurta Gaddi" procession as the per the three centuries-old custom.

In today's hearing, Advocate Praveen Chaturvedi, appearing on behalf of the Petitioners, submitted that the Centre had issued guidelines and the State had previously not raised objections while granting permission to a Jain temple.

"As far as guidelines are concerned, for marriage 50 persons are allowed. We are also not asking for public participation. There will be 50 persons, on a limited route", stated Chaturvedi.

Justice Rao noted that while 40-50 persons in the procession were fine, it would not be possible to control if the procession took place on the road and that there was a health risk involved. He further referred to the Jagannath Puri case wherein the State of Odisha had imposed a curfew to allow the procession.

Solicitor-General Tushar Mehta, appearing on behalf of the Centre, submitted before the Bench that the Centre had been unlocking the country and reopening since 30th May. He informed the Court that religious/political/social functions had been allowed from 21st September.

"The 30th September guidelines allowed gatherings of upto 100 persons, and more than 100 persons, outside containment zones, subject to conditions. They could consider doing the procession early in the morning, so only those who are participating in the religious function will join. Otherwise, other people will come on the road. The procession is 1.5km, they could consider holding it between 7-9am", submitted the SG.

The Bench asked the SG, "Would you agree that 100 persons is the guidelines, but States can take decision as per the conditions on the ground? If you see the State's affidavit, they have said that so many festivals which involved processions have been banned. Ganesh Chaturthi etc. were banned. If we allow this, other festivals will ask for permission".

SG responded that this was not a festival which was celebrated across Maharashtra and it was restricted only to Nanded; a community with small numbers.

The Counsel for State of Maharashtra then made his arguments before the Court. He submitted that the letter sent by the Gurudwara on 28th September stated that lakhs of people would come.

"People from all over the country gather. Emotions are charged. It may not be possible to maintain the SOPs of the government. Our Experience has shown that these kind of 50-60 people congregations are not possible. More people turn up", submitted the Counsel.

In response to whether the procession could be conducted in the wee hours of the morning, the Counsel stated that despite Ganpati being the most important festival in Maharashtra and a similar request being made, the State had not permitted the same.

He went on to submit that, "MHA Guidelines are guidelines. It's for the State to consider the situation. Maharashtra has borne the brunt of COVID cases. Look at the list of festivals we did not permit. Ganpati, Rakshabandhan, Muharram, Ashadh Purnima. Look at the danger of allowing gatherings. 40 persons came together in Kalyan to celebrate in one house. One of them was COVID positive. 38 members of the family became positive after that".

The Counsel further submitted that the law enforcement agencies had also expressed that they would not able to control the crowd in a charged atmosphere and in light of the same, the State had had taken considered reasonable stand.

"Parameters of judicial review must be kept in mind. Safeguards to be observed are under the administrative authorities. Assessment of the situation is based on the ground reality. It's within the administrative authority of the State. Court's jurisdiction comes in the decision making is done in an arbitrary manner. Here, the decision making is based on ground reality".

The Court, at this juncture, noted that the Court could not interfere in this matter when the State itself was saying that it was difficult.

"Unlock guidelines are being issued. Now even Metro is being opened. Health Minister made a statement that numbers in Kerala have gone up because of gatherings. If there is a change in situation now in Maharashtra, go to the High Court. Things are changing, things are opening up, they cannot keep relying on what happened earlier", observed the Bench.

Accordingly, the Supreme Court directed the Petitioners to approach the Secretary, Disaster Management Department and directed the State authorities to hear the plea by tomorrow.

In the instant plea, the State of Maharashtra had filed an Affidavit before the Supreme Court stating that conducting the festivities in accordance with the customs would not be feasible on account of the COVID-19 pandemic. It was further submitted that, based on past experiences, it would not be possible to monitor compliance of the restrictions imposed during such religious functions and that there would be an irreversible spread of the virus as a consequence.

The Reply Affidavit on behalf of Disaster Management, Relief and Rehabilitation Department noted that the "conscious decision" taken by the State Government to not allow religious functions and to not permitting congregations was "fully justified and needs no interference at the hands of this Hon'ble Court in the exercise of its extra-ordinary constitution writ jurisdiction".

The Reply further goes on to state that in order to maintain physical health, various decisions have by taken by the State Government, which may appear harsh, but is in the larger interest of the citizens.

"The State is alive to the fact that such decisions have caused great inconvenience to various sections of its citizens, like voiced in the present Writ Petition. However, when it comes to balancing between maintenance of public health of citizens of the State on the one hand and various rights enshrined in the Constitution of India (including the right guaranteed under Article 25) on the other hand, all such rights must pave way to the maintenance of public health of the citizens".

Stating that there had been no violation of the fundamental rights of the Petitioner and that exercise of Article 25 was subject to health, the Reply contended that there were no grounds which warranted the entertainment of the instant plea.