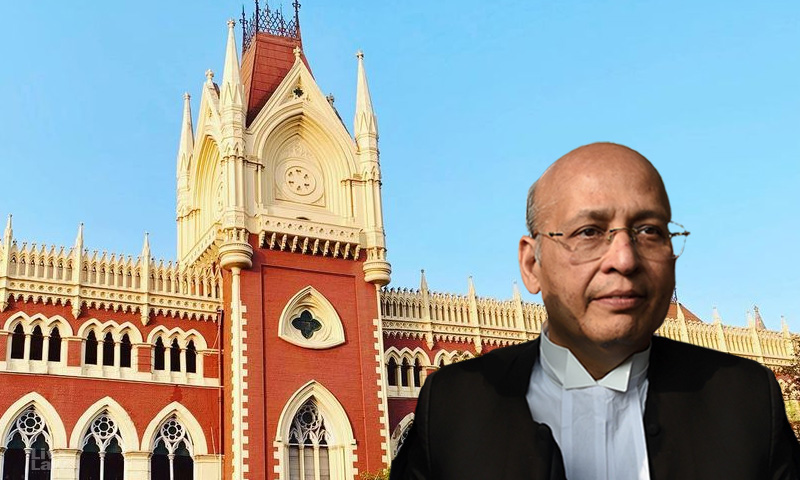 Senior Advocate Dr. AM Singhvi, representing the accused TMC leaders in the Narada Scam case, concluded his arguments today in transfer proceedings before the Calcutta High Court. He argued that the mobocracy argument of CBI is an afterthought to overturn the bail order passed by the Special CBI Judge in favour of the accused TMC leaders on May 17. The impugned bail order,...

He argued that the mobocracy argument of CBI is an afterthought to overturn the bail order passed by the Special CBI Judge in favour of the accused TMC leaders on May 17. The impugned bail order, he submitted, reflects that the Special Judge was very fair in noting all contentions made by both parties and his order cannot be faulted on account of some protests.

"The learned Special Judge was fully cognizant and everything is noted in the order. The Judge was not overawed or crushed as alleged by the CBI," Singhvi said.

He emphasized that the core issue in this case is of liberty and that Courts should exercise their power to cancel bail sparingly.

"This power has a very rare and high threshold… Very cogent and overwhelming circumstances are necessary for an order directing the cancellation of the bail, already granted… any imprisonment before conviction has a 'substantial punitive content'… Right to bail is not to be denied merely because of the sentiments of the community against the accused...keep the accused "constructively" in the custody of the Court," Singhvi argued citing various judgments on Bail.

He relied on a Constitution Bench judgment of the Supreme Court in AR Antulay v. RS Nayak, and argued that transferring of case has a lot of implications on the accused person. "Thus, it must be shown by the CBI with 'heavy burden' that why their application should be allowed."

Singhvi further argued that bail, once granted, cannot be receded on a mere apprehension of a party that the trial will be impeded and such apprehension must be shown to be reasonable and not imaginary.

In this regard, he cited the case of Amarinder Singh v. Parkash Singh Badal where the principle accused himself was a sitting Chief Minister and the Public Prosecutors were indiscriminately transferred/ terminated. Singhvi averred that even though that was a much more serious case and transfer could be easily given, the Supreme Court did not exercise its powers.

"In our case, a physical situation is described as mobocracy, which is a question of fact. It is much more difficult to apply transfer provisions here. There must be a 'high degree of interference' to conclude that justice is impeded or cannot be done," Singhvi submitted.

SInghvi pointed out various procedural lapses in CBIs conduct, in terms of obtaining sanction from the competent authority and making an application for transfer before the High Court.

He pointed out that Section 407(3) CrPC provides that an application for transfer shall be supported by an affidavit. However, the CBI merely sent email letters to the High Court and attempted to "retrospectively validate" the same by filing a formal application on May 19.

"Is it possible for CBI to file an affidavit on May 19 and validate everything?" Singhvi asked.

He also cited Calcutta High Court Appellate Side Rules to aver that even the email letter was not in conformity with the writ/ PIL rules.

Inter alia, he disputed the invocation of Article 227 by the central agency, stating that the provision does not contemplate a power to review merits.

He stated that the supervisory jurisdiction under Article 227 of the Constitution has to be exercised 'very sparingly'.

"It doesn't lie against judicial orders unless there is something very weird. Independence of subordinate Courts is paramount. There should be no interference in their judicial functioning," he said.

He cited the Supreme Court verdict in Surya Dev Rai v. Ram Chander Rai where it was held that exercise of supervisory jurisdiction is done when error is manifest & apparent; meaning whereby the error is self-evident, and can be perceived without involving lengthy or complicated argument.

"We are far away from this," Singhvi remarked.

He added, "You can't walk on the basis of Article 227 and nullify subordinate Court orders."

Singhvi also cited the case of Radhey Shyam v. Chhabi Nath where it was reiterated that the scope of Article 227 is circumscribe, vital for the purpose of keeping the subordinate courts and tribunals within the bounds of their authority and not for correcting mere errors.

"As a result of frequent interference by High Court under Article 226 or 227 with pending civil and criminal cases, disposal of cases by civil and criminal courts gets further impeded and thus causing serious problems in administration of justice," Singhvi quoted form the judgment.

CBI moved the High Court seeking transfer of Trial proceedings from the Special CBI Court to the High Court on the ground of 'mobocracy' and perceptional bias. It is represented by Solicitor General Tushar Mehta.

Dr. Singhvi on the other hand argued that public perception is not a valid ground in law & question is whether May 17 protest affected administration of justice.