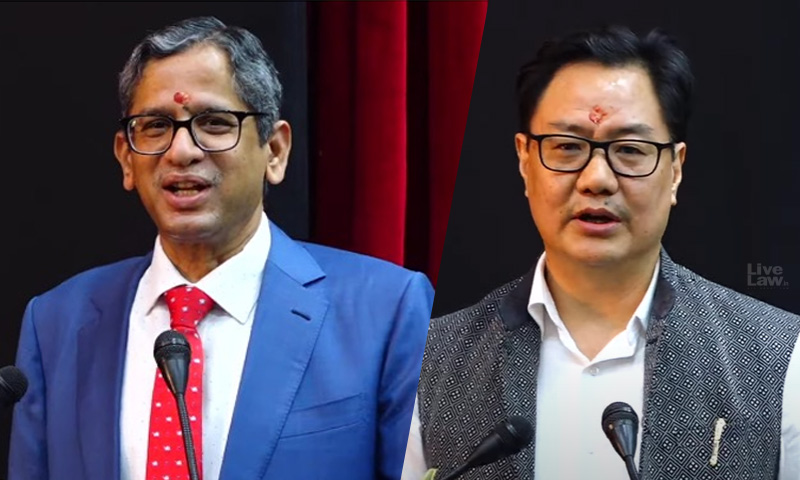 On Friday, Union Minister of Law & Justice, Kiren Rijiju informed the Lok Sabha that no consensus had been reached on the proposal of Chief Justice of India NV Ramana regarding setting up of a National Judicial Infrastructure Authority of India.

In March, 2022, Mr. Rijiju had informed the Lok Sabha that the Ministry had received a proposal from the Chief Justice of India for setting up of National Judicial Infrastructure Authority of India (NJAI) for arrangement of adequate infrastructure for courts. As per the proposal, NJAI was to act as a Central body in laying down the road map for planning, creation, development, maintenance and management of functional infrastructure for the Court system in India. It was supposed to have a Governing Body with the Chief Justice of India as Patron-in-Chief. The Law Minister had further informed that the proposal for NJAI had been sent to the various State Government/UTs, as they constitute an important stakeholder, for their views on the contours of the proposal to enable taking a considered view on the matter.

On Friday, while responding to questions posed by Mr. Asaduddin Owaisi, Member of Parliament from Hyderabad, the Law Minister stated that the proposal has not been agreed to. He added that the issue was also discussed at the Conference of Chief Ministers and Chief Justices held on 30.04.2022 and after deliberations there was no consensus.

With respect to setting up of the NJAI, Mr. Owaisi had, precisely, sought response to the following question(s) -

"...(c) whether the Supreme Court has recently desired for providing adequate judicial infrastructure, financial autonomy and setting up of National Judicial Infrastructure Authority to meet the growing needs of the judiciary; and