'NBSA Functioning Effectively; Self Regulation Of Media Should Not Be Disturbed': Datar Tells Bombay HC 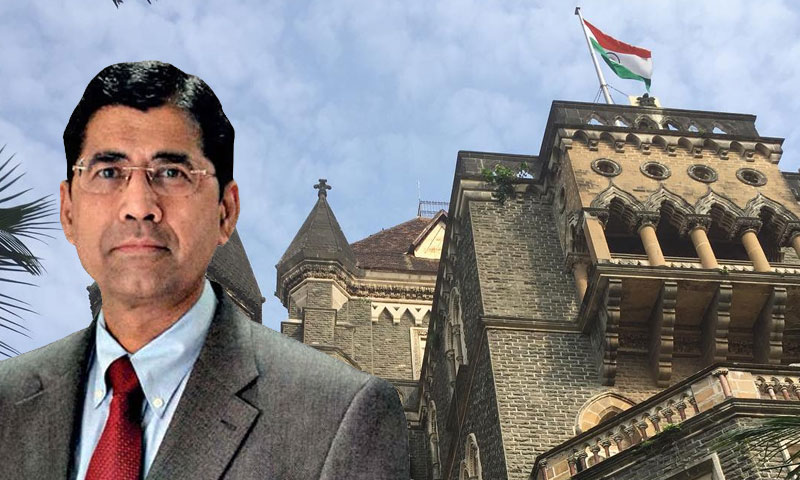 The Bombay High Court on Monday continued to hear the PIL's filed against Media trials on account of media coverage into the issue of the death of Actor Sushant Singh Rajput.A division of bench of Chief Justice Dipankar Datta & Justice GS Kulkarni hear Senior Advocate Arvind Datar for the News Broadcasters Standards Association who submitted that the current regime of self-regulation...

The Bombay High Court on Monday continued to hear the PIL's filed against Media trials on account of media coverage into the issue of the death of Actor Sushant Singh Rajput.

A division of bench of Chief Justice Dipankar Datta  & Justice GS Kulkarni hear Senior Advocate Arvind Datar for the News Broadcasters Standards Association who submitted that the current regime of self-regulation of Broadcasters should not be meddled with as it was working well, albeit with minuscule aberrations & that the Supreme Court had also indirectly approved of the regime.

"There is a healthy mix of statutory and non-statutory guidelines. A person who is aggrieved by reportage of a broadcaster, regime gives this person power to make a complaint to the Ministry which is forwarded to us (NBSA). Secondly, they can approach us directly. Lastly, they can approach the court."

While emphasising on the functioning of the mechanism enforced by the NBA, Datar told the Court it had been functioning effectively for over a decade & that channels which were not complying with the Reportage guidelines and who were members had always been strictly dealt with.

"The self-regulation of channels should not be disturbed as it stands today. Maximum Fine was imposed on Aaj Tak for its coverage. We also issue advisories, apart from penalising channels that do not follow the guidelines for Reportage," submitted Datar.

Refuting the submissions that referring complaints to NBSA by the Ministry when a complaint was received against a broadcaster by an aggrieved person, Datar said that it was wrong to say that the regime was working as a means of "outsourcing" mechanism.

Then, Mr. Datar touched upon the enforcement mechanism of the orders passed by NBSA, adding that fines are imposed on channels which are reporting against the guidelines of reportage.

"Except Republic TV, all channels have abided by the orders of the Authority and even paid the fine. It was only Republic which refused to pay the fine and give apology, instead it went on to constitute a National Broadcasters' Federation instead," said Datar.

All important channels have always complied with order and they have been followed for more than a decade, he added.

At this juncture, the court asked the Senior Advocate as to what could be done if a person refused to comply with the order and insisted upon a more stringent path for making sure enforcement of the order is carried out.

"You know how doctors are made to execute a bond after they get through PG course, wherein they have to put in rural service for their certificate? That kind of a mechanism should be in place. If you keep this escape route open (for channels), there will be nothing left in this self-regulating mechanism," said the bench.

Datar argued that just because one channel (Republic) had refused to follow orders of the Authority did not mean that it lacked teeth.

"Even in case of Tablighi Jamaat coverage, as soon as an advisory was issued that the coverage must be stopped, all channels immediately stopped," he submitted.

The Court then asked as to why guidelines of private bodies such as the News Broadcasters Standards Authority (NBSA) to regulate the content broadcast by TV news channels be ratified and enforced by the Union.

Datar said the NBSA guidelines should be made mandatory and their violation should be taken as a ground for granting injunction to the aggrieved person who has gone to court.

The NBSA is an independent body set up by the NBA to consider and adjudicate upon complaints about broadcasts.

Then, Datar went on to elaborate on the powers of the court to intervene in case a person was seeking injunction against the telecast of a particular broadcast.

The HC or civil courts have the power to grant injunctions, even at a pre-trial stage, the Senior Counsel submitted, adding that the Court's wide powers emanated from Articles 142 & 226 of the Constitution.

In order to substantiate this, he cited the Kerala HC decision on the telecast of serial about Koodathayi serial murders.

"No police officer has the right to leak information while the case is under investigation," Datar read out relevant excerpts from the decision.

"Power of court starts even before the investigation of the case begins. Such is the wide ambit of My Lords powers. Media trial cannot escape just because an organisation is not a part of the NBSA. My lords powers are very wide and its scope starts the moment a crime is registered," said Datar.

"You tell us, why is this being followed, despite there being guidelines; why is the same being forwarded to NBSA & why isn't the Ministry looking into these complaints themselves? Is this an escape route for channels?" said the bench and asked ASG Anil Singh to respond to the query on the next date of hearing.

The Court will continue hearing the case on Wednesday, i.e. October 21.