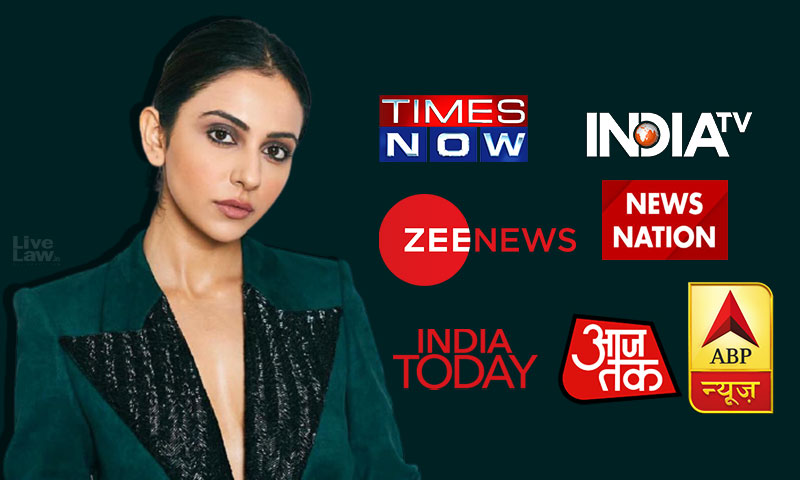 While the three channels of Zee Network have been asked to air a public apology for their reports against Rakul Preet Singh, the other channels were issued a warning with respect to their use of hashtags/taglines and images against the actor and were cautioned to exercise more care and not to broadcast "unverified and incorrect information".

The NBSA directed all channels to immediately remove the offensive videos, if still available on their websites or YouTube or other links, and to report the same to the authority within 7 days.

The reports were run by the channels in the context of the reporting of the Sushant Singh Rajput case. The channels claimed that Rhea Chakraborty gave a statement to the Narcotics Control Bureau that Rakul Preet Singh was involved in drugs. However, the authority found that most of these channels omitted to report the retraction statement of Rhea Chakraborty whereby she denied making any such disclosure to the NCB.

Earlier, Rakul Preet Singh had approached the Delhi High Court seeking action against the channels under the Program Code framed under the Cable TV Networks(Regulation) Act.

In September, the High Court, after observing that the media should exercise restraint,  passed an interim order directing the NBSA to pass orders on the actor's complaints against the reports.

Dr.Aman Hingorani, counsel representing Rakul Preet Singh, submitted before the authority that the news reports were fake and baseless as a result of which the complainant suffered not only commercial losses but also loss of reputation and infringement of right to privacy. He submitted that the reports violated the Code of Ethics and the Guidelines of the NBSA relating to Impartiality, Objectivity, Neutrality and Accuracy and that they did not fall within the realm of fair reporting.

The authority found the hashtags and taglines used by Zee News, Zee 24 Taas and Zee Hindustani to be offensive and violative of the code of ethics.

NBSA observed that the hashtags/taglines were very offensive and derogatory and gave an impression that the actor was a part of "drug circle" and was pedaling and consuming drugs.

The broadcaster must be conscious of the impression created by the taglines/hashtags on the viewer. It also noted that misleading images of her drinking and smoking were shown.

These images were repeatedly telecast and therefore the violations by the broadcaster were egregious in nature and the response given by it was not considered as a sufficient explanation. 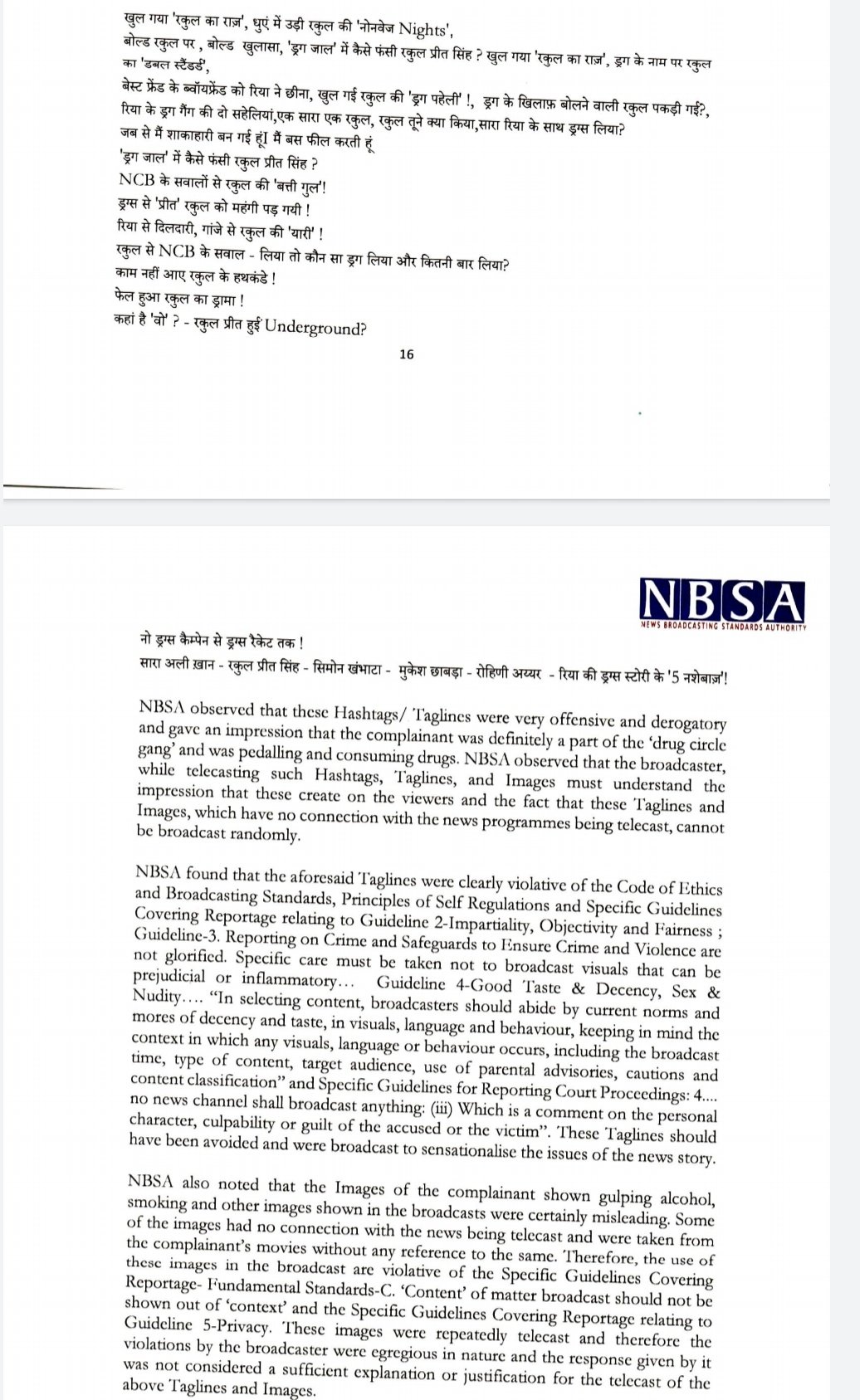 In view of the above, the three channels of Zee Network has been asked to telecast an apology on December 17 prior to the 9 PM news with the following text :

"We apologize for the manner in which the Hashtags/Taglines and Images were telecast, while reporting the ongoing investigation of Rhea Chakraborty's narcotics case. These telecasts violated the Code of Ethics and Broadcasting Standards requiring broadcasters to maintain neutrality, impartiality, accuracy and fairness, the Specific Guidelines Covering Reportage and Specific Guidelines for Reporting Court Proceedings. We clarify that there was no intention on our part to sensationalize the issue or to prejudice the investigation in any manner. We reiterate our commitment to uphold every individuals' right to fair trial and reputation, while reporting about matters under investigation".

The NBSA noted that the image of the complainant in skimpy clothes was certainly misleading and that the hashtag "The Rhea Drug Circle" had a tendency to give an impression that Rakul Singh was part of drug circle.

The NBSA did not find the news story to be objectionable but found the hashtags and taglines to be offensive.

The NBSA noted that the images of the complainant dancing, smoking and of her hips were objectionable, placed out of context and were misleading. The hashtags such as "Drugs Mandli", "Theeno Bud leetey the", "TOOK DRUGS" etc created the impression that she was consuming drugs.

The tagline used by Aaj Tak(Sushant ki drugs party mein Sara Ali Khan, Rakul Preet! NCB Ka Bada Khulasa) was found to have no link with the news which was reported. The tagline was completely out of context.

The tagline "Drugs se Rakul Ki Preeti" was offensive and should have been avoided. However, the Authority found that the channel had reported the statement of Rhea Chakraborty's lawyer denying that she had dropped any names to the NCB.

The NBSA found fault with ABP News for not telecasting the retraction statement of Rhea Chakraborty. Though the channel said that it had reported the retraction statement as an article in its website, the NBSA opined that the same should have been "carried prominently" on the channel since it had aired a news story titled "Bollywood Drug Connection" implicating the complainant.

Possibility of leak from NCB
The authority also noted that the channels(other than Zee Network) had claimed that Narcotics Control Bureau was the source of the information. In fact, since most of the news broadcasters had quoted their source of information as NCB, therefore there is a possibility that some information may have been leaked from the NCB, the NBSA observed.

Click here to read/download the order passed against TimesNow

Click here to read/download the order passed against ABP News

Click here to read/download the order passed against News Nation