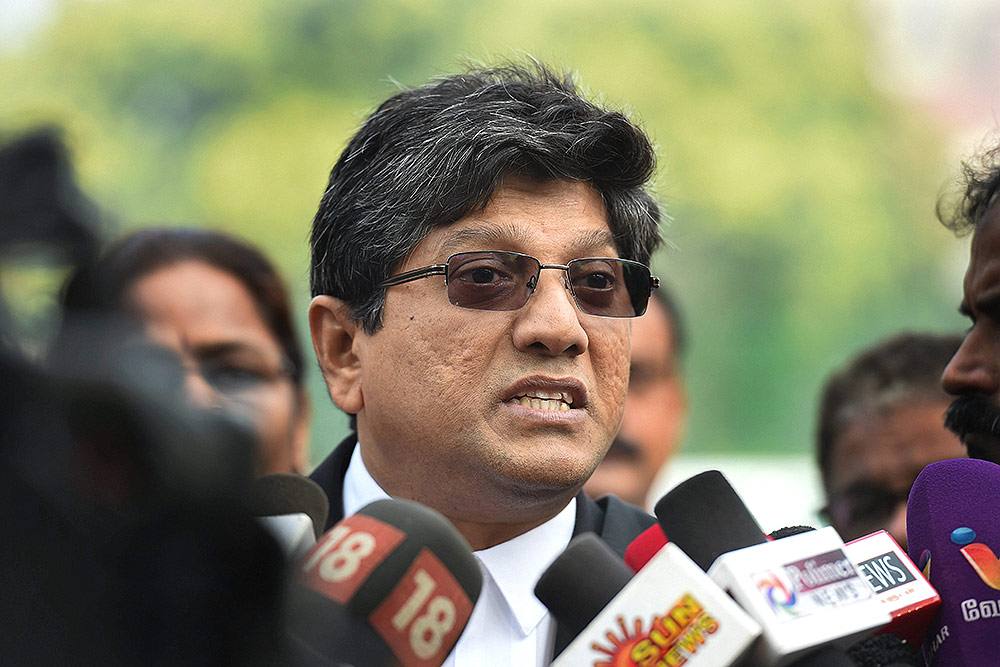 The Supreme Court today held Advocate Mathews Nedumpara guilty of committing contempt in the face of court for taking the name of Senior Advocate Fali S Nariman while arguing a case for abolition of the system of senior designation of advocates.

The Court also dismissed the petition by National Lawyers' Campaign for abolition the practise of senior designation.

The bench headed by Justice R F Nariman had last week taken exception to Nedumpara making reference to the Senior Advocate Fali S Nariman while alleging that only sons and daughters of judges were given senior designation. He has been given two weeks time to reply on the question of sentence.

According to NLC, the classification of advocates as senior and non-senior is discriminatory, favouring " elite class of lawyers, the kith and kin, nephews and juniors of sitting and former Judges of the Supreme Court and High Courts, so too of celebrated lawyers, Chief Ministers, Governors et al, and a few first generation lawyers who are all politically connected or are close to big industrial houses".

The petition also demanded that till the said system is abolished, lawyers who have crossed the age of 62 years and who have been in practice for 35 years, if not more, be designated as Senior Advocates as the Supreme Court did in the case of retired High Court Judges.