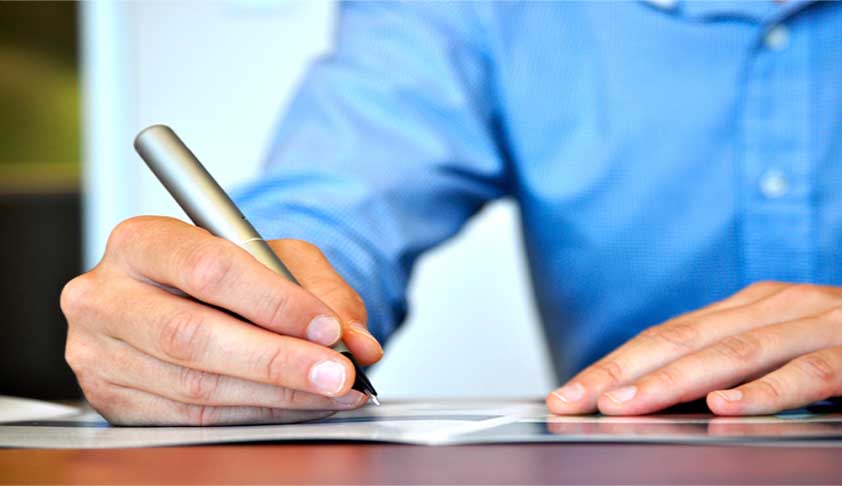 A plea has been filed in the Supreme Court seeking issuance of appropriate directions to the Bar Council of India (BCI) and the University Grants Commission (UGC) to issue a circular mandating Universities and institutions across India to provide a reasonable time period for payment of fees by students as well as explore all grievances made by them through adoption of a common redressal mechanism.

Filed by a 4th year law student, Ramey Krishna Rana, from Delhi Metropolitan Education, Noida (affiliated to GGSIPU) highlighting that the guidelines issued by the UGC & BCI on May 27 & July 27 respectively were unheeded by Universities for sympathetically dealing with payment by students for annual/semester fee, tuition fee, examination fee, etc. and considering alternative payment options for them in light of the prevailing circumstances.

"While, on the basis of above mentioned Circular numerous emails, messages and even calls were made to the college/university authorities by the students to create a middle path for ending the debacle inter-se, but to the students' dismay, none of the college authorities didn't even burden themselves for once," Rana contends.

The petitioner states that the UGC has became a "toothless tiger" and despite thousands of students continuously writing to them to consider and cast a mandatory duty on Universities keeping in mind the stipulated Guidelines, no further intervention has taken by the UGC till date.

"It is also alleged that such above-mentioned pending case is just the tip of an iceberg and if nothing is done at this stage countless students whose priority should be to have uninterrupted education and focus on the same, would be forced to approach Hon'ble courts against their respective universities which will not only create a tensed relation between the students and their respective institutions but moreover will create a burden on the already overburdened courts. Hence, if appropriate orders passed on this PIL then it would create Panacea for all the student fraternity. It's requested to the court to provide creative solutions in this unprecedented time," the plea reads.

Elaborating on the aforementioned issue further, the petitioner avers that upon disappointment, several letters and emails were sent to the Bar Council of India to make them wary of the arbitrary practices leading to mental trauma for students in such unprecedented times after which the BCI issued a Circular to be "considerate on the point of fees" in order to save the interests of the Law student fraternity.

However, many institutions didn't pay any heed or a thought to the circular issued by the apex authority (BCI), states the petitioner.

".....we students are being continuously demanded to pay the full fees at one go within a short period while what the students wanted was to provide them a reasonable concession," - Plea In SC by Law Student

Further, the plea states that that many Institute/College authorities told the students that: "Yes these are apex educational forums (UGC & BCI) but their guidelines are advisory in nature so we are not going to abide by the guidelines as delivered."

"Where a student should have been focusing on his education which has already been disturbed due to the pandemic, the same students are being forced to knocks the doors of the Courts of Justice to seek help and relief which is itself very disturbing. It is brought before this court that most of the students have already approached their college authorities' numerous times but to our disappointment, students are not even being heard and college has turned deaf ears towards them and hence this PIL"

In light of this, while many emails have been sent to the BCI on numerous occasions, highlighting the aforementioned issues faced by students, yet it has proven to be "rendered a toothless tiger" leaving the students alone with their plight.

The law student petitioner makes it clear that the instant plea has no objections on the requirement of collecting fees, as it would "adversely affect their right to carry any occupation, trade or business guaranteed under Article 19 of the Constitution of India but that students be allowed to at least avail some sort of reasonable remedy as it might not be cumbersome for the institutions to allow concessions on humanitarian grounds.

"We request them to listen to us by excluding only those miscellaneous charges which are not being utilized," he contends, adding that under such unprecedented circumstances expecting parents to make full payments to college authorities in one go is unfair.

In this backdrop, the petitioner has also stated that while there is is no denying that the institutions also have an obligation to maintain the teaching/ non-teaching staff and undergo day-to-day expenditures which can only be met through the annual fees, a middle path for ending the debacle inter-se could have been done so as to initiate a dialogue, but nothing has been done and the students are suffering constantly for the same running from pillar to post.

Furthermore, it is averred that no time extension is being provided for the students who are unable to pay the fees due to financial constraints and public shaming is done by posting all the details of fees defaulters in official/unofficial digital groups without thinking how it would affect the mental health of the student, while many other steps can be taken to personally communicate with the parents or students.

"Issue an appropriate order directing the appropriate respondent for looking into the waiver of certain components of the fee, like utilization of infrastructure fee, library, other facilities etc. on the ground that no such utilization is being done as physical classes are not being held, in Centers of Education and such be excluded and that only a reasonable amount towards the tuition fees be charged and that no list containing the details of fees defaulter should be made public which will cause mental trauma," reads one of the prayers of plea.

Rana adds that recently in an ongoing case in Hon'ble Court, the UGC had submitted on an affidavit that "All universities are bound to follow the UGC guidelines," many Universities are not doing so and the Commission has been rendered toothless.

Additionally, the petitioner directions for providing students with a "rational period" must be granted by the respective authorities towards the payment of the fees by the way of instalments.

The plea is expected to be taken up by Supreme Court on September 17.