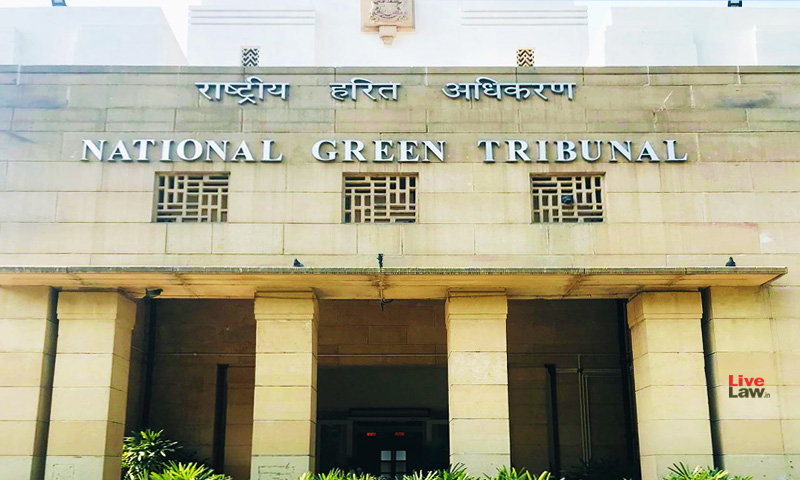 x
NGT's jurisdiction is remedial and not restitutionary, held the bench.

The Supreme Court, in a judgment delivered on Tuesday, has held that the National Green Tribunal, in appropriate cases, has power to issue general directions for future guidance, to avoid or prevent injury to the environment. While considering an application by Aam Aadmi Lokmanch, the NGT issued a direction to the authorities to ensure that 'no construction permission shall be given to...

The Supreme Court, in a judgment delivered on Tuesday, has held that the National Green Tribunal, in appropriate cases, has power to issue general directions for future guidance, to avoid or prevent injury to the environment.

While considering an application by Aam Aadmi Lokmanch, the NGT issued a direction to the authorities to ensure that 'no construction permission shall be given to any construction/development work, which is being proposed and is located at a distance may be of 100 ft. away from lowest slope i.e. incline of any hill within its territorial limits, as well as hill-tops, except for Bamboo cottages'. Aam Aadmi Lokmanch had approached the High Court raising an issue of illegal mining and consequent destruction of hills which resulted in the accident death of mother-daughter duo who were travelling through an adjacent National Highway.

In the appeal, the power of the NGT to issue directions banning development and building activities were challenged. Taking note of provisions of the National Green Tribunal Act, the bench comprising Justices RF Nariman, S. Ravindra Bhat and V. Ramasubramaniam observed that NGT's Jurisdiction is not "restitutionary, but a remedial one". It said that its powers can also be preventive. The court observed thus:

"The power and jurisdiction of the NGT under Sections 15(1)(b) and (c) are not restitutionary, in the sense of restoring the environment to the position it was before the practise impugned, or before the incident occurred. The NGT's jurisdiction in one sense is a remedial one, based on a reflexive exercise of its powers. In another sense, based on the nature of the abusive practice, its powers can also be preventive.


As a quasi-judicial body exercising both appellate jurisdiction over regulatory bodies' orders and directions (under Section 16) and its original jurisdiction under Sections 14, 15 and 17 of the NGT Act, the tribunal, based on the cases and applications made before it, is an expert regulatory body. Its personnel include technically qualified and experienced members. The powers it exercises and directions it can potentially issue, impact not merely those before it, but also state agencies and state departments whose views are heard, after which general directions to prevent the future occurrence of incidents that impact the environment, are issued."

The NGT's directions, though placed in the context of its adjudicatory role, have a wider ramification in the sense that its rulings constitute the appropriate norm which are to be followed by all those engaging in similar activities. Therefore, its orders, contextually in the course of adjudication, also establish and direct behaviour appropriate for future guidance. In these circumstances, given the panoply of the NGT's powers under the NGT Act, which include considering regulatory directions issued by expert regulatory bodies under the Water (Prevention and Control of Pollution) Act, 1974, the Air (Prevention and Control of Pollution) Act, 1981 and the Biodiversity Act, 2002 it has to be held that general directions for future guidance, to avoid or prevent injury to the environment for appropriate assimilation in relevant rules, can be given by the NGT.

However, in this case, the bench noted that the conclusions made by NGT that development and construction should not be carried out within 100 feet of a "lowest slope i.e. incline of any hill within its territorial limits, as well as hill-tops" was without any rationale and based on no scientific or technical evidence, or experts' opinion. Setting aside the said directives in NGT order, the bench said:

"The decisions of this court, including the All Dimasa Students Union case ; Mantri Technoze Pvt. Ltd case ; the Hanuman Laxman Aroskar case and the Tamil Nadu Pollution Control Board case all show that the NGT resorted to the appointment of technical and scientific experts in the relevant field, who studied the issue, made site inspections and furnished reports. Such reports were subjected to discussion by the parties before the NGT, who were also given the opportunity of objecting to or making representations against such reports. Based on a final consideration of all these materials, and the submissions of parties before it, the NGT proceeded to issue directions. This procedure was wholly overlooked by the NGT in the present case. As a result, it is held that the said tribunal's directions were improper and are procedurally indefensible."