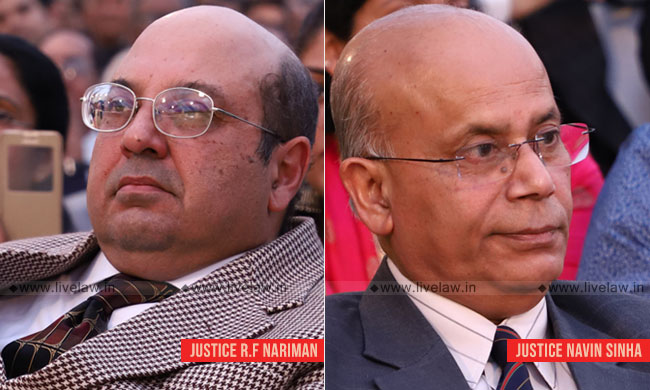 x
“We are of the view that the NGT has no general power of judicial review akin to that vested under Article 226 of the Constitution of India possessed by the High Courts of this country.”

The Supreme Court on Monday set aside the order of the National Green Tribunal, which permitted the re-opening of the Vedanta-Sterlite plant at Tuticorin.

The bench comprising Justice Rohinton Fali Nariman and Justice Navin Sinha, in these appeals filed by Tamil Nadu Pollution Control Board dealt with jurisdiction of NGT in matters arising out of various provisions of Air Act and Water Act.

One of the impugned orders (before the NGT), which rejected renewal of consent to operate was made under Section 27 of the Water Act and Section 21 of the Air Act. An appeal remedy is available against such an order (under both Acts) before the appellate authority under Section 28 of the said Act.

Justice Nariman observed that these are akin to 'leapfrog appeal' provided under several Acts of United Kingdom if a point of law of general public importance is involved.

"It is, therefore, clear that no such provisions, as are contained in the U.K. Acts, being present in any of the Acts that we are concerned with, such leapfrog appeals to the NGT would necessarily be without jurisdiction."

NGT Has No General Power Of Judicial Review Akin To HCs

"This being the case, all the aforesaid orders, being composite orders issued under both the Water Act and the Air Act, it will not be possible to split the aforesaid orders and say that so far as they affect water pollution, they are appealable to the NGT, but so far as they affect air pollution, a suit or a writ petition would lie against such orders…it is not possible for us to provide an appeal where there is none in the guise of making an appellate system workable in practice."

Another order which was impugned before NGT was made under Section 18 of the Water Act. Such an order is not appealable to the NGT either under the Water Act or under the NGT Act. The court said that such order can only be set aside in a suit by a Civil Court or under Article 226 of the Constitution of India by a High Court.

The bench also dealt with another contention by Senior Advocate Aryama Sundaram, who placing reliance on L. Chandra Kumar judgment argued that Tribunals generally have the power of judicial review, save and except a challenge to the vires of the legislation under which such Tribunals are themselves set up.

"It is clear, therefore, that under the NGT Act, the Tribunal exercising appellate jurisdiction cannot strike down rules or regulations made under this Act. Therefore, it would be fallacious to state that the Tribunal has powers of judicial review akin to that of a High Court exercising constitutional powers under Article 226 of the Constitution of India…we are of the view that the NGT has no general power of judicial review akin to that vested under Article 226 of the Constitution of India possessed by the High Courts of this country".

Holding thus, the bench observed that the Government order made under Section 18 of the Water Act, not being the subject matter of any appeal under Section 16 of the NGT Act, cannot be "judicially reviewed" by the NGT.

The court also rejected another contention that that as against a writ court acting under Article 226 of the Constitution of India, the NGT is an expert body set up only to deal with environmental matters. It said:

"An appeal being a creature of statute, an order passed under Section 18 of the Water Act is either appealable or it is not. If it is not, no general argument as to the NGT being an expert body set up to hear environmental matters can be of any help."

The court also disagreed with NGT observation that the doctrine of necessity would take over if an appellate authority under the Act is not properly constituted so that no appeal can then be effectively preferred. It said:

"If an appellate authority is either not yet constituted, or not properly constituted, a leapfrog appeal to the NGT cannot be countenanced. As has been held by us supra, the NGT is only conferred appellate jurisdiction from an order passed in exercise of first appeal. Where there is no such order, the NGT has no jurisdiction."