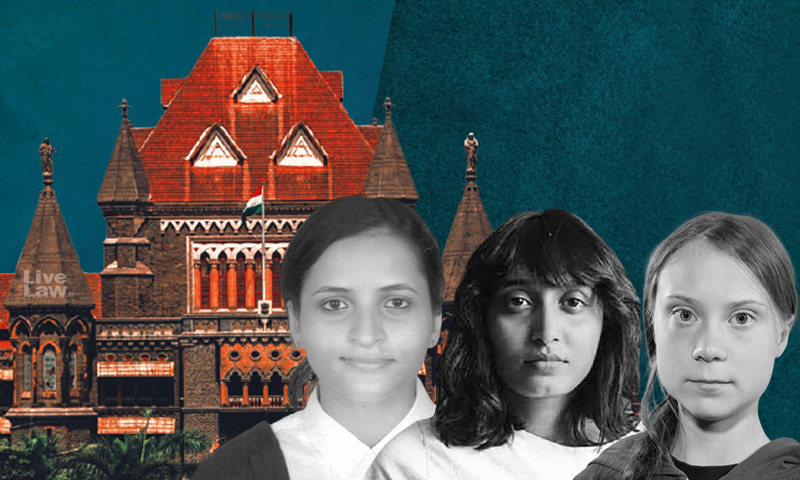 The Bombay High Court on Wednesday granted three Weeks transit anticipatory bail to Mumbai-based Advocate Nikita Jacob, who is faced with a non-bailable warrant issued by the Tis Hazari Court, in Delhi, in connection with the farmers' protest "tool kit" case.A single bench of Justice PD Naik granted relief to Jacob after hearing her application. The bench observed that since the police...

The Bombay High Court on Wednesday granted three Weeks transit anticipatory bail to Mumbai-based Advocate Nikita Jacob, who is faced with a non-bailable warrant issued by the Tis Hazari Court, in Delhi, in connection with the farmers' protest "tool kit" case.

A single bench of Justice PD Naik granted relief to Jacob after hearing her application. The bench observed that since the police officers has searched her house, seized her laptop and phone and recorded her statement, it means Jacob has made herself available for investigation.

Since Nikita Jacob will have to ultimately approach the Delhi Courts for bail after three weeks, the bench said that it was not commenting anything on the merits of the case.

According to the Delhi police, climate change activist Disha Ravi, along with Jacob and Beed engineer Shantanu Muluk, created the "toolkit" related to the farmers' agitation which was shared by activist Greta Thunberg.

Ravi is in custody, while Muluk was granted 10-day transit anticipatory bail by the Aurangabad Bench of the Bombay High Court, on Monday.

The court had reserved its order on Jacob's transit bail yesterday, after hearing arguments advance by Jacob's defence and Delhi Police.

Senior Advocate Mihir Desai, who appeared for Jacob, said the young woman "is a practicing lawyer for the last six-seven year, an environmental enthusiast who knows her duties." He submitted that Jacob was only moved by the farmers protesting against controversial farm laws.

Desai argued that the "tool kit" became a "big issue" only because Greta Thunberg shared it. "Now the tool kit was allegedly prepared by a number of people…The tool kit does not talk about violence, doesn't talk about taking over Red Fort."

He argued that while running campaigns, groups take the support of various people. "According to them, one person out of the fifty [on the Wats App group] is a Khalistani. He doesn't belong to a banned organization he belongs to an organisation called Poetic Justice [Foundation]… The name poetic justice doesn't suggest someone is talking about Khalistan.

He urged the court to protect Jacob from being arrested for 4 weeks, to approach an appropriate court in Delhi. "She apprehended arrest, which has been proved by the fact that they procured a non-bailable warrant against her."

Advocate Hiten Venegavkar, appearing on behalf of the Delhi Police, took preliminary objection to the plea, arguing against its admissibility. He said that there was no provision in the CrPC to grant transit anticipatory bail.

The court said that this was not the stage to go into the merits of the case, but the allegations against Jacob would need to be recorded.

Venegavkar then elaborated on the allegations against Jacob. "Nearly 400 people, including policemen, were injured after the violence at the Red Fort, on January 26. I'll explain the chorology."

The PM was giving his independence speech.  I'll explain the chronology

"On 27th November 2020, farmers began protesting against the farm laws. On December 6, 2020 a Wats App ground was created by Disha Ravi, who was arrested last week. In the last week of December or 1st week of January, the tool kit was created and uploaded on Google Drive. The tool kit clearly shows that the creatorship and authorship lies with this Disha Ravi, and Jacob, along with one or two persons which I will not name at this stage but who are directly connected with Khalistaan .. who are the creators and authors of this."

Venegavkar added that the tool kit was created much before riot, narrating step by step what is to be done.

He then said that Jacob's statement was recorded in her house, on February 11. But she absconded the very next day. Desai said that all the required electronic gadgets were seized by the police.

In her plea filed through advocate Sanjukta Dey, Jacob says she volunteered in an environmental movement called "Extinction Rebellion," which helps to create awareness about environmental issues and create a positive change in the world today through non-violent means.

The Cyber Cell of the Delhi Police had registered an FIR on February 4 against unnamed persons over the 'tool kit' shared by Thunberg. The case was registered on charges of criminal conspiracy, sedition, and various other sections of the Indian Penal Code.