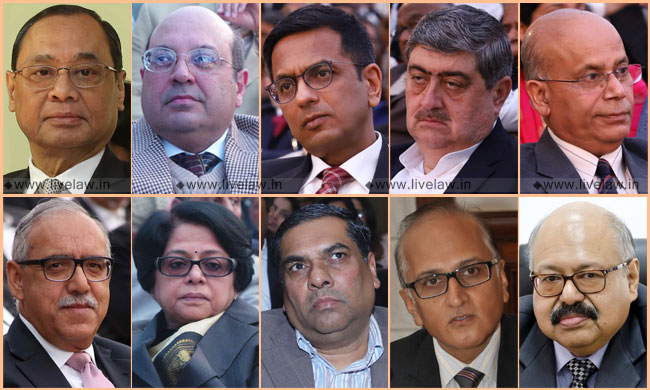 It is a matter of pride for Campus Law Centre, Delhi University more nearly one-third of the Supreme Court judges (ten out of thirty four) are its alumni.

With the notification of appointments of Justices Ravindra Bhat and Hrishikesh Roy as SC judges, the number of law graduates from Campus Law Centre, Delhi University in the SC bench has become nine.

The other Supreme Court judges graduated from Delhi University are;

Justice Sanjiv Khanna who enrolled as a Lawyer in 1983 also graduated from DU.

Former judges Justices M B Lokur and A K Sikri were also products of Delhi University.

Though hailing from different parts of the country- north, south, west and the east - these judges had their legal education in Delhi. This is a reflection of Delhi's versatility and cultural diversity.

The Faculty of Law, Delhi University was established in 1924. The then Vice-Chancellor of the University of Delhi, and himself a great lawyer, jurist, and educationist, Dr. Hari Singh Gour was the first Dean of the Faculty of Law.

It is situated in the University of Delhi's North Campus in Maurice Nagar, and is surrounded by a host of other academic institutions such as Hansraj College, Daulat Ram College, Miranda House, St. Stephen's College, Delhi, Ramjas College, Hindu College, Delhi School of Economics, and the Faculty of Management Studies. The department has more than 130 teachers and about 7000 students at present including LL.B., LL.M., and Ph.D. students.

[The earlier version of the story had omitted to mention Justice Sanjiv Khanna. The mistake is regretted]