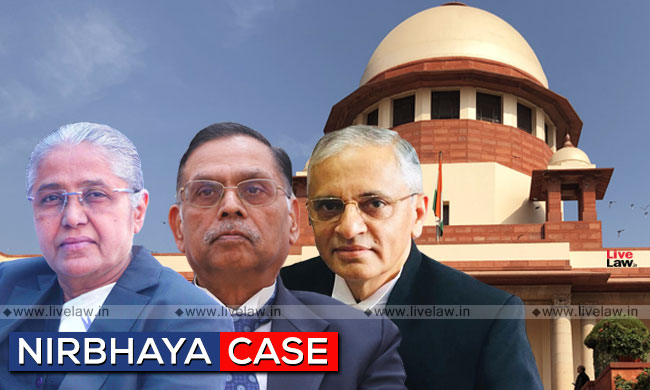 The Supreme Court on Tuesday issued notice to the four death row convicts in the Nirbhaya case on the petition filed by the Union Government against the February 5 judgment of the Delhi High Court, which held that the convicts can only be executed together after they have exhausted their legal remedies.A bench comprising Justices R Banumathi, Ashok Bhushan and AS Bopanna has also granted...

The Supreme Court on Tuesday issued notice to the four death row convicts in the Nirbhaya case on the petition filed by the Union Government against the February 5 judgment of the Delhi High Court, which held that the convicts can only be executed together after they have exhausted their legal remedies.

A bench comprising Justices R Banumathi, Ashok Bhushan and AS Bopanna has also granted liberty to the Centre to seek for issuance of fresh death warrants from the trial court.

The case will be next taken up by the SC on February 13. The Court has directed the service of notice on convicts through the Tihar Jail Superintendent.

Appearing for the Central Government, Solicitor General pressed for a stay of the Delhi HC's bar on separate hanging of the convicts. The SG said that one of the convicts, Pawan Gupta, has not yet filed mercy petitions, even though the mercy pleas of the other convicts have been rejected by the President.

The SG expressed the apprehension that Pawan may move a last minute mercy petition to further stall the proceedings.

"They are acting in tandem. Their inaction is strategic", SG Tushar Mehta said. Delays such as this make people celebrate instances such as Hyderabad encounter, the SG said.

The bench responded by stating that there was no bar in seeking fresh death warrant, as the one-week time granted by the High Court is expiring today. The HC has clarified that if the convicts are not exhausting their legal remedies within a period of 7 days, authorities can proceed as per law, the SC bench reminded the SG.

On February 7, ASJ Dharmender Rana of Patiala House Courts had dismissed the application for fresh death warrant by saying that the time granted by HC has not expired.

"It is criminally sinful to execute the condemned convicts when the law permits them to live", the ASJ had observed in the order.

On February 5, the Delhi High Court dismissed the revision petition filed by the Centre challenging the order of ASJ, Patiala House, which had stayed the death warrant of all four convicts till further orders, who were to be executed on February 1, in light of two of them having certain legal remedies available to them. Alleging delay tactics being employed by the convicts, the government had urged that two of the convicts who had exhausted all legal remedies could be executed separately. Noting the delay, Justice Suresh Kait however refused to allow this argument and stated that the law laid down by the Apex court necessitated all of them to be hung together. Further, the convicts were directed to avail all legal options available before them within 7 days.

Mukesh Kumar and Vinay Sharma have both filed mercy petitions, which have been rejected by the President. In this light, the government has urged the apex court to allow them to be hanged separately. Akshay Singh has filed his mercy plea before the President, soon after his curative petition was dismissed by the Supreme Court. Pawan Gupta had filed an appeal regarding his claim of juvenility at the time of the incident. This has been rejected along with a review petition against the same. Pawan Gupta has not yet availed the options of filing curative against the main verdict, and also submitting mercy plea before the Presidnet.