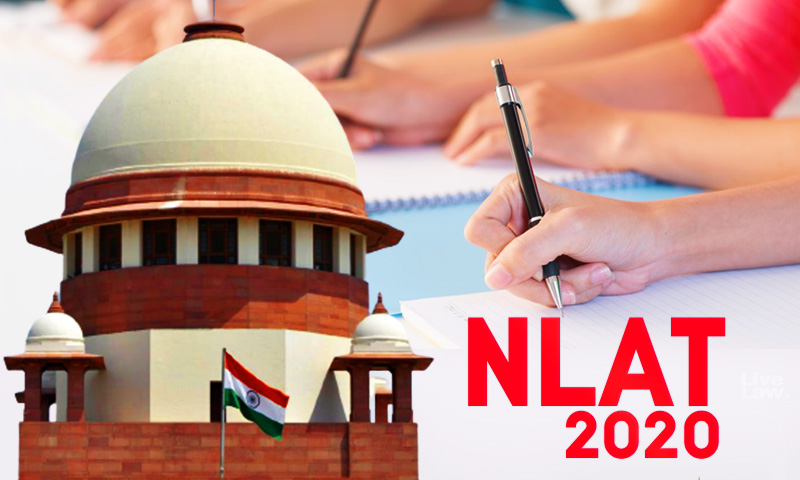 Senior Advocate Nidhesh Gupta, appearing in the petition filed by Rakesh Kumar Aggarwalla (parent of a NLSIU aspirant) and Professor R Venkat Rao(former NLSIU VC), started submissions by taking the bench through the bye-laws of the NLU Consortium. He submitted that the bye-laws prohibit a member from holding a separate test, while remaining as a member.

"So long as you are a member of the Consortium, you are bound by the Memorandum of Association of Consortium. You can't have your cake and eat it too. If you can't follow the MOA, you exit. Imagine if all 22 Universities have their own exam", he submitted.

The senior advocate also referred to the counter-affidavit filed by Professor Sudhir Krishnaswamy (present VC of NLSIU) in the Delhi High Court last month in the capacity of secretary of NLU Consortium in a petition challenging holding of CLAT in centers. Gupta submitted that in that affidavit, it was stated that allowing a home-based test was not feasible as it will give scope for manipulations. It was also stated that in the affidavit that the Consortium cannot expect all candidates to have access to online resources at home, and doing so would severely harm those candidates from economically poorer backgrounds or areas without adequate internet. Despite making such assertions, the NLSIU decided to hold a home-based test for NLAT, Gupta said.

He submitted that there were reports of widespread cheating and manipulation during the NLAT, and the University itself has said that they are filing cyber complaints.

Wondering if the University had over 28,000 persons to monitor the candidates, Gupta termed the home-based test "a joke".

"They reduced the examination to a complete farce. It was not a test of merit but a test of competence in manipulation", he submitted.

Since a lot of candidates faced technical difficulties due to their inability to meet the technical specifications regarding bandwidth, web camera etc., the University held a re-test, but with the same specifications.

Slightly over 4600 candidates raised technical queries, who were given a re-test option on September 14. But the entire re-test paper got leaked during the examination. While admitting such leak, the University claimed that the leak "does not affect the integrity of the exam", Gupta said, quoting from the NLSIU paper release.

"If I can send out the question during the exam through a mobile, can I not get the answer?. But the University says the integrity of exam has not been affected. This is absurd!", he submitted.

Gupta cited the Preeti Srivastava judgment (1999) 7 SCC 120 to state that Examination is part of the standard of education.

"If the same candidate is subjected to several tests, he will be put to unnecessary expenditure and inconvenience." ,Gupta quoted from the P A Inamdar Case. He pointed out that the SC Constitution Bench had advocated a common test by several institutions for admission by following the tests of being 'fair, transparent and non-exploitative'. The SC had also opined that a single-window system for admission will ensure a transparent and merit-based process.

Gupta further cited the precedent in (2004) 12 SCC 1 to state that by-laws of a society bind a member.

He further said that the admissions to NLSIU can be completed in September itself on the basis of CLAT and that the lost academic hours can be made up by adding 20-25 minutes every day.

"This is much ado about nothing. The bogey of 'zero year' can be easily taken care of", he submitted.

CLAT has 230 centers across the length and breadth of the country, Gupta pointed out, saying that the common test protects the interests of students.

He submitted that NLSIU is not the only university that follows the trimester system, as NLIU Bhopal also follows the same system. Therfore, NLSIU is not right in saying that it is "uniquely disadvantaged" due to the postponement of CLAT, he said.

The hearing of the case is underway in the SC, with Senior Advocate Arvind P Datar making reply submissions on behalf of the University.

The updates from the hearing may be read here.