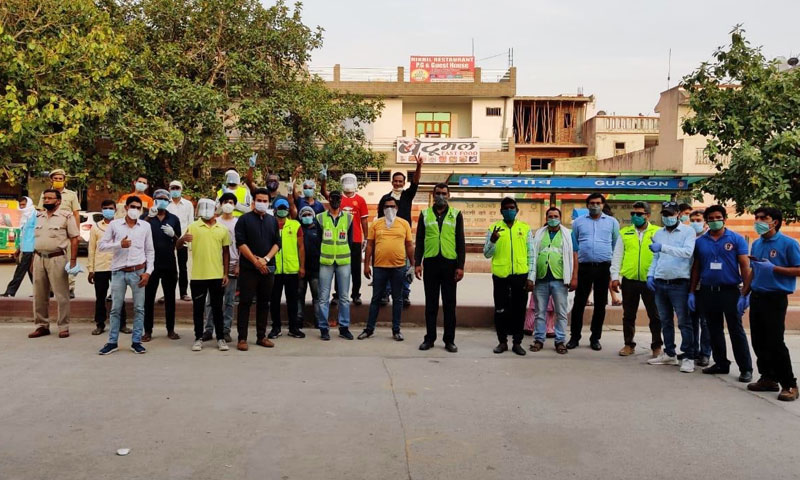 The NLS Migrant Mazdoor Program, an initiative of a few alumni of the National Law School of India University, Bengaluru, has sought intervention in the suo motu case registered by the Supreme Court on the plight of migrants in the country during the lockdown.

The application will be taken up by the Supreme Court today.

The applicant-organization highlights that the Government has failed to provide for any "uniform plan of action" for ensuring smooth and systematic ferrying of the migrant workers to their native places.

They have thus sought intervention to put forth certain suggestions that would assist the Central and the State Governments in effectively deploying resources to assist the distressed migrants.

The NLS Mazdoor Program is comprised of a group of private individuals who are working towards rescuing the distressed migrants and ensuring their transportation to their native states, through a program christened "Aahan Vaahan".

In their first successful transit operation, the alumni became the first group of private individuals who leased a chartered plane and rescued 174 distressed migrants and workers.

They have also started an initiative namely "Serving the Shramiks" aimed at providing passengers of the Shramik trains with basic amenities like food and water on trains on certain specified routes.

In this backdrop the Applicant states that the suggestions put forth by them have already proven successful in their private concerted efforts to assist migrants and the same may be immediately adopt by the Government.

The Applicant will be represented by Advocates Mithu Jain, Ashwin Ramanathan and Senior Advocate KV Viswanathan.