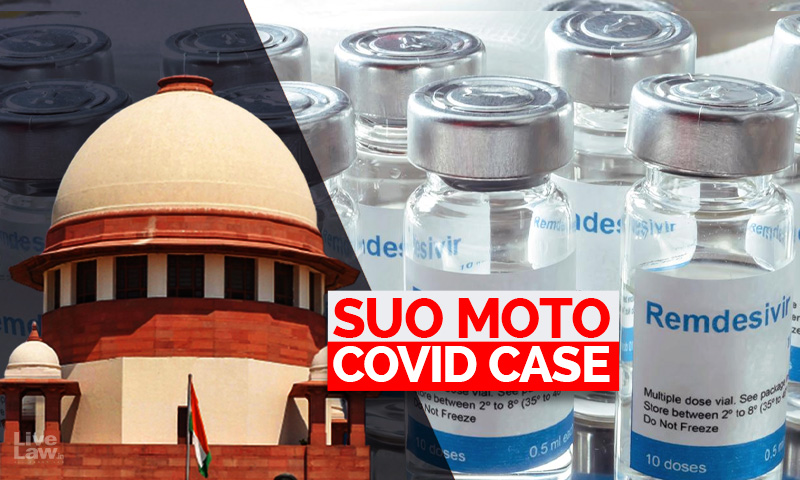 The Centre has told the Supreme Court that it is not in favour of exercising powers under the Patents Act, such as compulsory licensing or government authorization, over COVID-19 vaccines and medicines at this stage.In an affidavit filed before the top court, the Central Government has said that it is engaging in diplomatic level talks with other nations for procurement of vaccines and...

The Centre has told the Supreme Court that it is not in favour of exercising powers under the Patents Act, such as compulsory licensing or government authorization, over COVID-19 vaccines and medicines at this stage.

In an affidavit filed before the top court, the Central Government has said that it is engaging in diplomatic level talks with other nations for procurement of vaccines and medicines, and any discussion on exercise of statutory powers under Patents Act will be counter-productive at this stage.

"Any exercise of statutory powers either under the patents act 1970 read with Trips agreement and Doha declaration or in any other way can only prove to be counter-productive at this stage, the central government is very actively engaging itself with global organisations at a diplomatic level to find out a solution in the best possible interest of India.

It is earnestly urged that any discussion or a mention of exercise of statutory powers either for essential drugs or vaccines having patent issues would have serious, severe and unintended adverse consequences in the countries efforts being made on global platform using all its resources, good-will and good-offices though diplomatic and other channels".

The Centre's submission came in response to the queries made by the Supreme Court as regards the use of powers under Patents Act over COVID drugs and medicines.

A bench comprising Justices DY Chandrachud, L Nageswara Rao and S Ravindra Bhat had asked the Centre why it was not considering options like compulsory licensing and government authorization using powers under Sections 92 and 100 of the Patents Act. The bench asked about the invocation of Section 92 or Section 100 of the Patents Act to enable manufacture of generic drugs with respect to Remdesivir, Tolicizumab etc.

The bench, while considering the suo-moto case In Re Distribution of Essential Supplies and Services During Pandemic, had opined that since COVID-19 was a public health emergency, the situation was apt for invoking such emergency powers to increase the affordability and accessibility of the medicines and vaccines.

In response, the Central Government has said that in the current scenario, the main constraint is in availability of raw materials and essential inputs and therefore any additional licenses may not result in increased production.

"...in view of the current constraints on availability of raw materials and other essential inputs, mere addition of more production capacity may not lead to the desired outcomes of enhanced supplies", the affidavit states.

However, the Centre says that it any manufacturer applies for a compulsory license under Section 92 of the Patents Act, the same might be suitably considered by the Controller of Patents.

The affidavit also says that the Centre has projected the need of Remdesivir vials to be 1 crore per month if the active COVID19 cases continue at the present rate.

"While the production levels prior to the recent surge in Covid cases was only around 60,000 per day, with the efforts of the Government, have increased to almost three and a half times in a span of three weeks to around 2 lakh per day. To enhance the production capacities of the 07 licensed manufacturers 35 additional manufacturing sites for Remdesivir have been approved by DCGI, taking the total number of sites to 57, and monthly manufacturing capacity to 1 crore vials", the affidavit says.

It is also stated that the Government is taking steps to import Remdesivir from foreign countries.  The Ministry of External Affairs is placing orders for procuring 3 lakh doses of Remdesivir with a company called Eva Pharma in Egypt for supplies during May and 1st Week of June, 2021.

In addition, the MoHFW has secured donations of Remdesivir fromother countries: 1.25 lakh vials through US AID, 4.50 lakh vials from M/s Gilead Sciences, USA and small quantities from other countries as well. Around 2.80 lakh doses have arrived and have been dispatched to consignee locations across the country.

DCGI will continue to expeditiously process any applications for new drug permissions for Remdesivir, the Centre told the Court.

Today, the Court adjourned the case to May 13, after the control room server handing the VC session developed technical difficulties.

Also from the Centre's affidavit :