Narco Analysis Test Cannot Be Forcibly Conducted On An Individual: SC Held in Selvi vs. State Of Karnataka (2010) [Read Judgment] 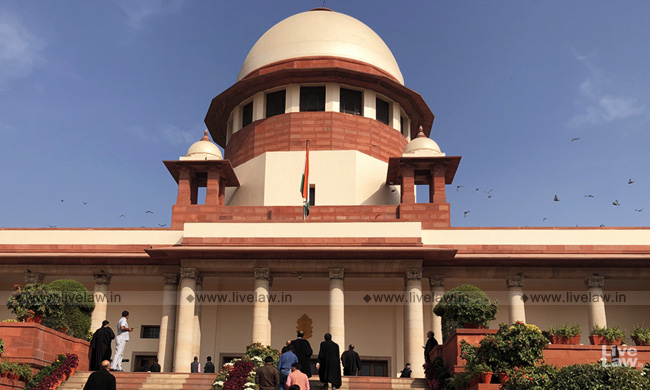 The Uttar Pradesh government has reportedly ordered to conduct polygraphic and narco analysis test on the accused, victim's relatives and even police officers involved in the probe. This piece intends to examine the legality of 'ordering' narco analysis test in the light of a Supreme Court judgment delivered a decade ago in Selvi vs. State Of Karnataka. In Selvi, a three judge bench...

The Uttar Pradesh government has reportedly ordered to conduct polygraphic and narco analysis test on the accused, victim's relatives and even police officers involved in the probe. This piece intends to examine the legality of 'ordering' narco analysis test in the light of a Supreme Court judgment delivered a decade ago in Selvi vs. State Of Karnataka.

In Selvi, a three judge bench of the Supreme Court observed that the compulsory administration of the techniques like narco analysis tests constitutes 'cruel, inhuman or degrading treatment' in the context of Article 21. In conclusion, the court held that no individual should be forcibly subjected to such tests, whether in the context of investigation in criminal cases or otherwise, as the same would amount to an unwarranted intrusion into personal liberty. It was also held that such techniques cannot be read into the statutory provisions which enable medical examination during investigation in criminal cases, i.e. the Explanation to Sections 53, 53-A and 54 of the Code of Criminal Procedure.

The judgment, in Para 214, also considered the possibility that the victims of offences could be forcibly subjected to such tests during the course of investigation. "Irrespective of the need to expedite investigations in such cases, no person who is a victim of an offence can be compelled to undergo any of the tests in question. Such a forcible administration would be an unjustified intrusion into mental privacy and could lead to further stigma for the victim." , the Court had held. It is pertinent to note that the Victim, as per Section 2(wa) of the Code of Criminal Procedure includes includes his or her guardian or legal heir.

The court, however, observed that voluntary administration of such techniques in the context of criminal justice is permissible, provided that certain safeguards are in place. "Even when the subject has given consent to undergo any of these tests, the test results by themselves cannot be admitted as evidence because the subject does not exercise conscious control over the responses during the administration of the test. However, any information or material that is subsequently discovered with the help of voluntary administered test results can be admitted, in accordance with Section 27 of the Evidence Act, 1872.", the court clarified.

The judgment finally reproduced 'Guidelines for the Administration of Polygraph Test (Lie 249 Detector Test) on an Accused' published by National Human Rights Commission and directed that they should be strictly adhered to and similar safeguards should be adopted for conducting the 'Narcoanalysis technique' and the 'Brain Electrical Activation Profile' test.

(i) No Lie Detector Tests should be administered except on the basis of consent of the accused. An option should be given to the accused whether he wishes to avail such test.
(ii) If the accused volunteers for a Lie Detector Test, he should be given access to a lawyer and the physical, emotional and legal implication of such a test should be explained to him by the police and his lawyer.
(iii) The consent should be recorded before a Judicial Magistrate.
(iv) During the hearing before the Magistrate, the person alleged to have agreed should be duly represented by a lawyer.
(v) At the hearing, the person in question should also be told in clear terms that the statement that is made shall not be a 'confessional' statement to the Magistrate but will have the status of a statement made to the police.
(vi) The Magistrate shall consider all factors relating to the detention including the length of detention and the nature of the interrogation.
(vii) The actual recording of the Lie Detector Test shall be done by an independent agency (such as a hospital) and conducted in the presence of a lawyer.
(viii) A full medical and factual narration of the manner of the information received must be taken on record.

When one reads the judgment holistically, the above guidelines are applicable to conduct tests on victims as well.

Recently, the Himachal Pradesh High Court observed that it is not legally impermissible to Court to issue direction to a person to undergo Narco Analysis, polygraph and BEAP test, but, such direction shall be subject to consent of said person and the person has a right to elect to consent or refuse to undergo such test.

In 2018, Gujarat High Court ordered lie detector, brain mapping and narco-analysis tests on the accused and grandmother, parents of the victim, in a bail application filed by the accused. "For this, the Investigating Officer may do it as a part of the further investigation by informing the trial Court in this regard. If any of the three offer any resistance in this regard then the same by itself will be an indication of their guilty conscience. To level false allegations of sexual assault against any person is something very serious. Ultimately, if such allegations are found to be false, then there is no way, in which, the person against whom such false allegations are levelled can be compensated. In any society, once such allegations are levelled, the entire image of that person as well as the family members of that person would get tarnished. People would start hating them. For no fault on the part of the other family members, they would have to pay a very heavy price.", Justice JB Pardiwala had observed. Later the Supreme Court set aside this order.

Justice Alexander Thomas of Kerala High Court, in Sr. Sephy vs. CBI, observed that "even if it is assumed that the narco analysis tests were conducted on the basis of their consent, since the subject does not exercise conscious control over the responses during the administration of such tests, unless the prosecution agency satisfies the vital requirement that the information materials that subsequently discovered with the help of voluntary administration of test results can be admitted in evidence in accordance with Sec. 27 of the Evidence Act, etc., there is no question of letting any evidence in that area."