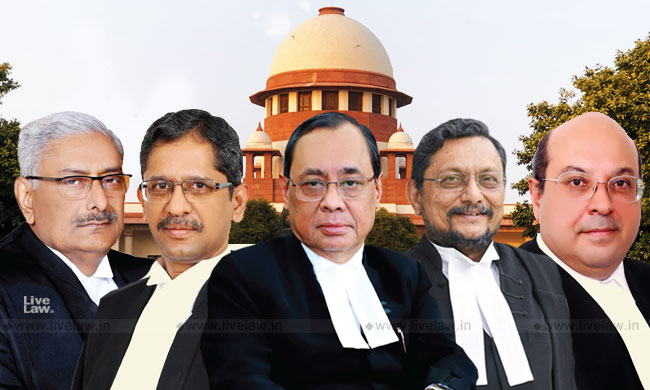 When the Supreme Court started the practice of publishing collegium resolutions in October 2017, it was hailed as a laudable move which would bring in transparency in the process of appointment of judges.

Even this gesture left a lot of be desired, as the resolutions uploaded in the website did not spell out elaborate reasons behind the decisions. In most cases, the resolutions simply stated that the person was found suitable for judgeship.

Nevertheless, the publication of resolutions offered some glimpses into the working of the deeply mysterious collegium system, which was termed "the best kept secret of the country" by former SC judge Justice Ruma Pal.

However, it now seems that the Supreme Court collegium has done away with the publication of resolutions.

The 7 documents uploaded in the Supreme Court website under the tab 'Collegium Resolutions' on October 17 are termed 'Statements'.

They are just statements of the various recent collegium decisions on appointments and transfer of judges.

The "Statements" do not give out any reasons; they do not even specify the name of judges who took part in the resolution.

For example, one of the 'Statements' pertained to the recommendation to transfer Justice Rakesh Kumar from Patna High Court to Andhra Pradesh High Court. Justice Kumar had become the centre of controversy recently when he made scathing remarks about corruption and improrpriety in judiciary while ordering CBI probe into bribery allegations on a sting operation carried out in Patna civil court. Justice Kumar had thus created a furore in Patna High Court.

In this backdrop, the decision to transfer Justice Kumar is bound to raise few eyebrows. But the "Statement" does not specify any reasons. Even the oft quoted reason of "better administration of justice" for recommending transfer of judges is not stated.

Another notable decision announced today was the proposal regarding elevation of P Krishna Bhat as a judge of Karnataka High Court. This proposal was stuck for past three years and had led to skirmishes between the then collegium and Centre. This was after former judge Justice Chelameswar objected to the Centre seeking a parallel probe on Krishna Bhat through the then CJ of Karnataka HC, behind the back of SC collegium.

Also curious is the Collegium's decision to modify its proposal regarding Justice A K Mittal. In variance from the earlier proposal, the Collegium today announced its decision to recommend him as the CJ of MP High Court instead of Madras HC.

It is not the case that the publication of Collegium resolutions made the system completely transparent. The exercise mostly remained a lip service to transparency, as the standard phrases in the resolutions often hid the real reasons behind the decisions.

But at least in few cases, the publication was helpful in understanding the appointment process.

For example, a recently published resolution revealed that the Collegium had relied on IB reports to overrule the objections raised by the Centre over few recommendations for Karnataka High Court.

It now seems that even this practice, which had given some formalistic semblance of transparency, has been stopped to make the process of judges appointment a full secret.