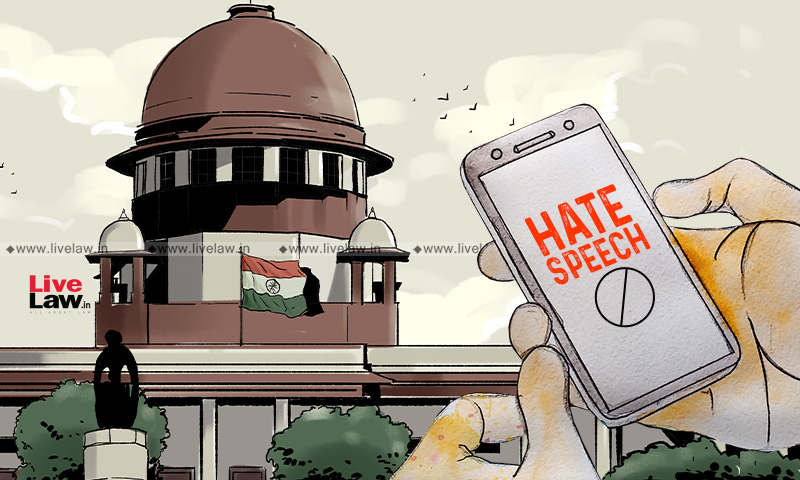 Kazeem Ahmad Sherwani, the victim of the Noida attack crime, has approached the Supreme Court seeking fair and impartial investigation and action against police officials who allegedly refused to take action on his complaint. The 62 year old petitioner alleged that he was attacked on account of his Muslim identity.

On Friday, the Supreme Court granted liberty to petitioner to serve advance copy on the respondents.

The bench of Justices AM Khanwilkar and CT Ravikumar also tagged the petition with other writ petitions dealing with hate speech.

When the matter was called for hearing, Justice AM Khanwilkar the presiding Judge of the bench said, "There are other matters of hate speech pending. We'll list along with that."

Senior Advocate Huzefa Ahmadi appearing for the petitioner at this juncture while submitting that the matter required urgent consideration relied on the directions issued by the Top Court in Tehseen Poonawala v Union of India (2018) 9 SCC 501.

"Some arguments have been made in that also. All of them will overlap," said Justice Khanwilkar.

On Senior Counsel's request for issuance of notice, the bench said that the same would be decided when the matter will be heard with the batch of petitions.

It has been argued that despite several representations to the concerned police authorities as well as the National Human Rights Commission, no concrete action had been taken by the concerned officers on the complaint of the Petitioner in relation to the incident on July 4, 2021.

"On the contrary, the police has sought to dissuade the Petitioner from pressing his complaint by exerting unwarranted pressure on him and members of his family. It is the duty of the police to bring the perpetrators of the crime to justice. Unfortunately, by not registering FIR immediately and not swinging into immediate action, the concerned police officers have failed to perform their duties," the petition states.

In this regard, an interim relief has also been sought for seeking police protection from Delhi police (within whose jurisdiction he resides).

"This is not a lone case, but one of several cases where similar hate crimes, including public 'beatings' and lynching, have taken place across several states, but where victims have been discouraged , without even a preliminary investigation, to frame the offence as a 'hate crime, and the police have discouraged them from filing FIRs. In many cases, cross cases are promptly registered and the petitioner apprehends that if he presses his case, he or his family would have the same fate," the petition also states.

Sherwani in his petition while relying on Tehseen Poonawala v Union of India (2018) 9 SCC 501 has stated that the Top Court has already issued a number of directions regarding prevention and punishment in relation to hate crimes, i.e. people being mob lynched or subjected to mob violence on account of their identity in the Indian social context.

Relief for initiation of appropriate departmental or punitive proceedings against the Station House Officer and Commissioner of Police, Gautam Buddh Nagar, Uttar Pradesh for failing to comply with preventive and remedial measures as directed by the Top Court in Tehseen S. Poonawalla v. Union of India (2018) 9 SCC 501 despite Petitioner's complaint has also been sought.

The petitioner has argued that the police has a constitutional "duty of care" to prevent hate crimes. "The police have not acted in accordance with law by which they are required to record the complaint promptly as narrated by the victim, and then conduct a fair investigation, which is cognisant of fundamental rights under Articles 14 and 21", the plea said.He has further sought relief for imposition of damages upon them for committing misfeasance in public office and breaching duty of care has also been sought.

Relief has also been sought to pass further order to ensure that the petitioner or his family is not intimidated and harassed.

The petition has been drawn and filed by Advocate(s) Shahrukh Alam, Warisha Farasat, Rashmi Singh,Shourya Dasgupta, Tamanna Pankaj and HarshVardhan Kediya and has been filed through Advocate on Record Talha Abdul Rahman.