Non-Mentioning Of Correct Provision Not Fatal To Application If The Power To Pass Order Is Available With Court: SC [Read Judgment] 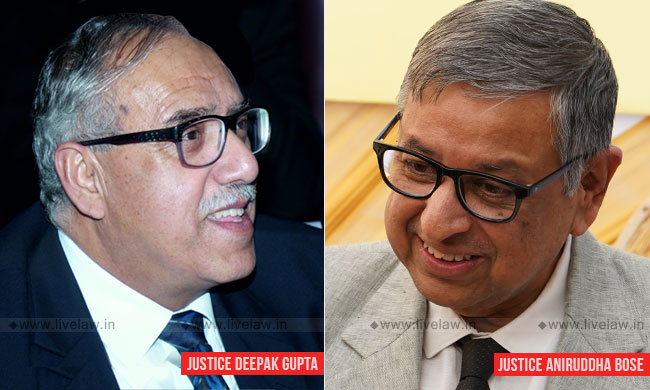 The Supreme court has observed that mere non-mentioning of an correct provision is not fatal to the application if the power to pass such an order is available with the court.

In this case, the original plaintiff Mafaji Motiji Thakor [MMT] had assigned his rights and interest in the land in favour of [Jayeshkumar Chhakaddas Shah] JCS. JCS filed an application under Order I Rule 10, Code of Civil Procedure, for impleading him as plaintiff no. 2 in the suit filed by MMT before the trial court. The trial court dismissed the application filed by JCS for impleadment holding that he was not a necessary or proper party and that fresh cause of action arose in his favour and he could file a separate suit. JCS thereafter filed a petition under Article 227 of the Constitution before the High Court, which was allowed by the High Court mainly on the ground that even if the legal heirs of MMT wanted to withdraw from the suit, they could do so but the rights of JCS, would be vitally affected and therefore, JCS was entitled to be impleaded as a party in the suit.

In the appeal [Pruthvirajsinh Nodhubha Jadeja (D) vs. Jayeshkumar Chhakaddas Shah], the bench comprising Justice Deepak Gupta and Justice Anniruddha Bose observed that JCS as an assignee of the rights of the original plaintiff, had a right to be impleaded as a plaintiff in place of MMT. The bench observed:

According to us, the application was wrongly filed under Order I Rule 10 CPC and it should have been filed Order XXII Rule 10 CPC. It is well settled law that mere non-mentioning of an incorrect provision is not fatal to the application if the power to pass such an order is available with the court.

Order XXII Rule 10 CPC deals with Procedure in case of assignment before final order in suit and Order I Rule 10 CPC with impleadment of third parties.