Not Always Necessary That Attesting Witnesses Should Actually See The Testator Signing The Will: SC [Read Judgment] 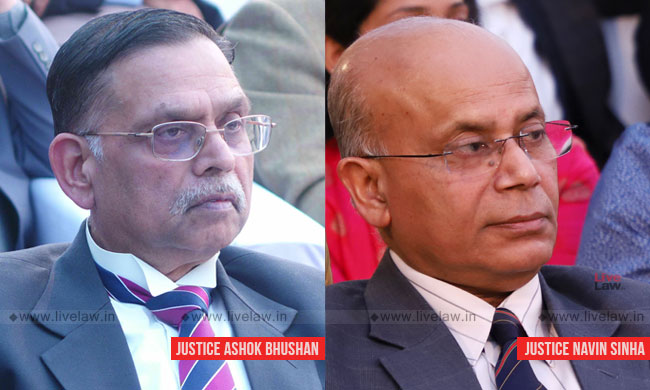 "Where a testator asks a person to attest his Will, it is a reasonable inference that he was admitting that the Will had been executed by him."

The Bench comprising Justice Ashok Bhushan and Justice Navin Sinha recently passed an order affirming a High Court judgment in which it interpreted Section 63 (c) of the Indian Succession Act, 1925.

Section 63(c) provides that, the Will shall be attested by two or more witnesses, each of whom has seen the testator sign or affix his mark to the will or has seen some other person sign the will, in the presence and by the direction of the testator, or has received from the testator a personal acknowledgment of his signature or mark, or of the signature of such other person; and each of the witnesses shall sign the will in the presence of the testator, but it shall not be necessary that more than one witness be present at the same time, and no particular form of attestation shall be necessary.

In this case [Ganesan (D) vs. Kalanjiam], the contention raised was that since the Will was not signed by the testator in presence of the two attesting witnesses and the attesting witnesses did not sign together in presence of the testator, the genuineness of the Will cannot be said to have been established in accordance with the provisions of Section 63 (c) of the Indian Succession Act. Rejecting the contention, the bench said:

"The signature of the testator on the will is undisputed. Section 63 (c) of the Succession Act requires an acknowledgement of execution by the testator followed by the attestation of the Will in his presence. The provision gives certain alternatives and it is sufficient if conformity to one of the alternatives is proved. The acknowledgement may assume the form of express words or conduct or both, provided they unequivocally prove an acknowledgement on part of the testator. Where a testator asks a person to attest his Will, it is a reasonable inference that he was admitting that the Will had been executed by him. There is no express prescription in the statute that the testator must necessarily sign the will in presence of the attesting witnesses only or that the two attesting witnesses must put their signatures on the will simultaneously at the same time in presence of each other and the testator. Both the attesting witnesses deposed that the testator came to them individually with his own signed Will, read it out to them after which they attested the Will."

While dismissing the appeal, the bench approvingly referred to the following observation made in a judgment by Andhra Pradesh High Court ( Pachigolla Venkatarao vs. Palepu Venkateswararao AIR 1956 Andhra 1)

"There is nothing wrong, as was thought by the learned Subordinate Judge, for a testator to get the attestation of witness after acknowledging before them that he had executed and signed the Will. It is not always necessary that the attesting witness should actually see the testator signing the Will. Even an acknowledgement by him would be sufficient."