Not Only Govt But Collegium Also Responsible For Delay In Appointment Of HC Judges: AG Tells SC [Read Order] 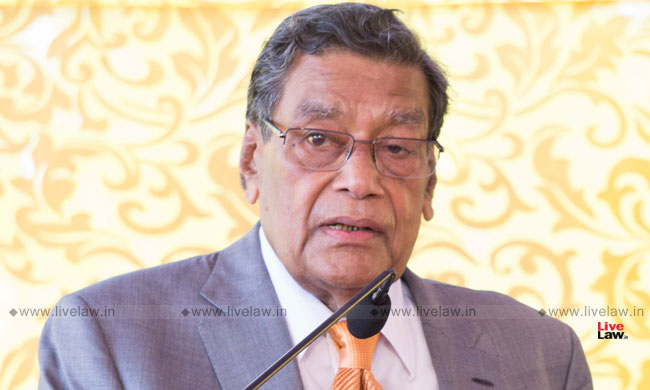 The Centre told the Supreme Court on Monday that on an average the government takes 127 days for clearing the recommendation sent to it during the process of appointment judges in higher judiciary, whereas the apex court Collegium takes 119 days to deal with it.Attorney General K K Venugopal told a bench of Justice S K Kaul and Justice K M Joseph that high courts across the country have not...

The Centre told the Supreme Court on Monday that on an average the government takes 127 days for clearing the recommendation sent to it during the process of appointment judges in higher judiciary, whereas the apex court Collegium takes 119 days to deal with it.

Attorney General K K Venugopal told a bench of Justice S K Kaul and Justice K M Joseph that high courts across the country have not even recommended the names for appointment of judges for 199 out of 396 vacancies.

Taking note of Venugopal's submissions, the apex court asked the registrars general of all the high courts to explain the current vacancy position as on today and also the vacancies which would arise in the future.

The bench said registrars general of the high courts would also explain within four weeks the time period required by them for making recommendations for the vacancy of judges.

At the outset, Venugopal apprised the court about the average number of days taken by different authorities during the process of appointment of judges for higher judiciary.

During the hearing, the bench said there were two suggestions on the aspect of appointment of judges.

"The first is to see how this time period is reduced at all stages. The other is if it is taking too much time then instead of recommending names six months in advance, it can be extended by one year," the bench said.

Venugopal said that as on day, around 80 proposals are pending with the apex court Collegium.

The bench observed, "Last year, the number of appointments were less as compared to 2017 and 2018. The year 2019 saw around 60 appointments. When the Supreme Court Collegium reiterates a name, how can you keep it pending? Because under the law you are bound by it".

"Twenty-five names were reiterated by the Collegium. Can you hold back the appointment?" the bench asked, adding, "The procedure is clear. Once Supreme Court Collegium reiterates any name, it is binding on you. There is no question of state government saying anything on it".

"Neither you nor we can re-open the issue (NJAC). What prevents you from bringing a new law on it?" the bench asked Venugopal who quickly responded, "We can pass one more amendment if you want".

Venugopal then said there are some high courts, like Bombay, Jharkhand and Chhattisgarh, which takes nearly five years to report vacancy.

"Issue notices to all the high courts and ask them why this delay? Only then the system will fall into place. Where is the question of government doing nothing?," he said.

The bench said it was concerned with the fact that there was around 35 to 37 per cent vacancy in the high courts.

"If we are not doing anything, we need to be pushed. The same goes for the government," the bench said.

Senior advocate Vikas Singh told the bench that there were four high courts where the vacancy was over 50 per cent and out of sanctioned strength of 1,079 judges for high courts there are 396 vacancies.

"I find this in the Delhi High Court also. By the month of June, they will be reduced to strength of 32. This is a problem," Justice Kaul observed.

Venugopal told the bench that "rate of rejection" of names by the Collegium was around 35 per cent. "Collegium of high courts and the Supreme Court do not appear to be on the same page," the bench said.

When Venugopal said that the Law Commission of India should make an elaborate study on the issue of judicial appointments process, the bench said, "We do not have a chairman of the Law Commission after retirement of Justice B S Chauhan."

The bench also observed that once the name of a person is recommended for appointment as judge, there are instances of complaints being filed against him or her.

"Effort should be on how to make the system better," the bench said and posted the matter for hearing on March 21.

The apex court had earlier said that appointments must be made within six months of a person's name being cleared by the Collegium and the government.

The bench is seized of a transfer petition, originating from Odisha, where lawyers were observing strike in several districts demanding circuit benches of high court in other parts of the state.

On December 10, 2019, the bench had ordered that in cases where the recommendations of the High Court collegium meets with the approval of the Supreme Court collegium and the Government, the appointments must take place within at least six months. This was after the bench took note of the alarming rise in judicial vacancies in High Courts, which was found to be nearly 40%.