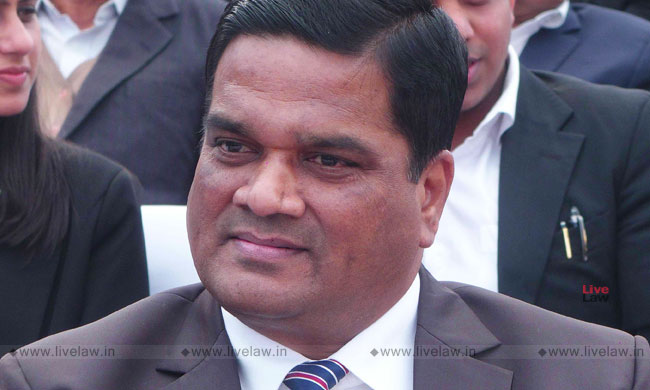 Justice R Subhash Reddy who was elevated as Supreme Court judge on November 2, 2018 retired today. He was the first judge from Telangana to become a Supreme Court judge after the State was carved out from Andhra Pradesh. Born in the year 1957, Justice Reddy was elevated as Additional Judge of High Court of Andhra Pradesh on February 2, 2002 and was sworn in as Judge of High Court of A.P. on...

During his tenure as Supreme Court judge, Justice Reddy authored notable judgments in fields of civil, criminal, service and constitutional law, some of which have been listed below.

His dissent in the case Ravi v State of Maharashtra whereby he refused to award death penalty in a case is notable.

1. 'Judgment On Admissions' Can Be Ordered Only When Admissions Are Categorical And Unconditional

In Hari Steel and General Industries Ltd.v. Daljit Singh, the bench of Justice R. Banumathi and Justice R. Subhash Reddy observed that 'Judgment on Admissions' can be ordered only when there are categorical and unconditional admissions made in the pleadings. There are no categorical and unconditional admissions made by the defendant as claimed by the Plaintiffs, the bench had observed.

In S.P. Misra vs. Mohd. Laiquddin Khan, the bench of Justice Indu Malhotra and Justice R. Subhash Reddy had observed that a partnership deed cannot automatically bind the legal heirs of the deceased partner without acceptance and agreement by them.

The bench comprising Justices Mohan M Shantanagoudar and R Subhash Reddy followed the law laid down in M Nagaraj v. Union of India, and reiterated that the State is not bound to make reservation for SCs/STs in matters of promotion. However, if they wish to do so, they have to collect quantifiable data showing backwardness of the class and inadequacy of representation of that class in public employment, keeping in mind maintenance of efficiency, as indicated by Article 335 of the Constitution of India.

4. No Construction Allowed In Plots Left For Open Spaces/Gardens In Approved Layout Plans

5. [Transfer Of Property Act] Protection U/s 53A Available To Person Put In Possession And Has Agreement Of Lease In His Favour

The Supreme Court In UOI v. KC Sharma observed that protection under Section 53A of the Transfer of Property Act, 1882 is available to a person who is put in possession pursuant to an agreement of lease in his favour though no lease has been executed and registered. A bench comprising Justices Ashok Bhushan, R. Subhash Reddy and MR Shah observed:

"It is fairly well settled that fraud has to be pleaded and proved. More so, when a judgment and decree passed earlier by the competent court is questioned, it is necessary to plead alleged fraud by necessary particulars and the same has to be proved by cogent evidence. There cannot be any inference contrary to record. As the evidence on record discloses that fraud, as pleaded, was not established, in absence of any necessary pleading giving particulars of fraud, we are of the view that no case is made out to interfere with the well reasoned judgment of the High Court."

The Supreme Court in Pravasi Legal Cell v. Union of India accepted the recommendations made by the Directorate General of Civil Aviation (DGCA) regarding for refund of airfare of tickets booked during the COVID-19 induced lockdown. A bench of Justices Ashok Bhushan, Subhash Reddy & MR Shah stated that the petitions shall stand disposed of in terms of the DGCA proposals and the vouchers for tickets issued by travel agents shall be utilised by travel agents only when refunds are effectuated. This means that tickets which the passengers have booked through travel agents shall be refunded to travel agents and not directly through passengers.

7. Mere Recovery Of Currency Notes From Public Servant Does Not Constitute Offence U/s 7 Of Prevention Of Corruption Act

In N.Vijayakumar v. State of Tamil Nadu, bench comprising Justices Ashok Bhushan, R. Subhash Reddy and MR Shah observed that mere possession or recovery of currency notes is not sufficient to constitute an offence under Section 7 of the Prevention of Corruption Act.

"To prove the charge, it has to be proved beyond reasonable doubt that the accused voluntarily accepted money knowing it to be a bribe," Court had said.

In Boloram Bordoloi v. Lakhimi Gaolia Bank bench comprising Justices Ashok Bhushan, R. Subhash Reddy and MR Shah observed that detailed reasons are not required to be recorded by the Disciplinary Authority in an order imposing punishment by accepting the findings recorded by the Enquiry Officer. It held that merely because a show cause notice is issued by indicating the proposed punishment, it cannot be said that disciplinary authority has taken a decision.

9. Swatantrata Sainik Samman Pension Can Be Sanctioned As Per Proof Required Under The Scheme And In No Other Manner

In Union of India v. A. Alagam Perumal Kone bench comprising Justices Ashok Bhushan and R. Subhash Reddy observed that the pension under the Swatantrata Sainik Samman Pension Scheme can be sanctioned as per the proof required under the scheme and in no other manner.

The Top Court had observed that when the claim is under a particular pension scheme, unless one fulfills the eligibility criteria for grant of pension, as mentioned in the scheme, no applicant can claim such pensions, as a matter of right.

While observing so, the Court set aside the Madras High Court direction to grant Freedom Fighters Pension to A. Alagam Perumal Kone under Swatantrata Sainik Samman Pension Scheme.

10. Evidence Of Interested Person Can Be Considered If It Is Corroborated

In Rahul v. State of Haryana, bench comprising Justices Ashok Bhushan and R. Subhash Reddy observed that the evidence of an interested person can be considered provided such evidence is corroborated by other evidence on record.

11. Dying Declaration Cannot Be Discarded Merely Because Relatives Of Deceased Were Present In Hospital While Recording It

In Satpal v. State of Haryana, bench comprising Justices Ashok Bhushan and R. Subhash Reddy observed that a dying declaration cannot be disbelieved merely because parents and relatives of the deceased were present in the hospital while recording it.

"It is quite natural that when such an incident happens, the parents and other relatives try to reach the hospital immediately. Merely because they were in the hospital, the same is no ground to disbelieve the dying declaration, recorded by the Magistrate", the bench said while dismissing the appeal filed by a murder accused.

12. Factors Which May Not Be Relevant To Determine The Guilt Of Accused Can Be Considered At The Stage Of Sentencing

In K.Prakash v. State of Karnataka, bench comprising Justices Ashok Bhushan and R. Subhash Reddy observed that factors which may not be relevant to determine the guilt of the accused can be considered at the stage of sentencing.

14. Motor Accident Claim - Evidence Recorded Before Tribunal To Be Given Weightage Over Contents Of FIR In Case Of Contradiction

In National Insurance Company v. Chamundeswari & Ors, while deciding the issue of negligence in a claim for motor accident, the bench comprising Justice Subhash Reddy and Justice Hrishikesh Roy observed that if any evidence before the Tribunal runs contrary to the contents in the First Information Report, the evidence which is recorded before the Tribunal has to be given weightage over the contents of the First Information Report.

15. Motor Accidents Claim - Minimum Wage Notification Not An Absolute Yardstick To Fix Income Of Deceased In Absence Of Salary Certificate

In Chandra @ Chanda v. Mukesh Kumar Yadav and others, while deciding on compensation to be paid in a case of motor vehicle accident, the bench comprising Justice Subhash Reddy and Justice Hrishikesh Roy observed that merely because claimants were unable to produce documentary evidence to show the monthly income of the deceased, the same does not justify adoption of the lowest tier of minimum wage while computing the income.

16. Sec 163A MV Act -Fixing Rs 15,000 Per Annum As Notional Income For Non-Earning Members Not Reasonable As Schedule II Not Yet Amended

In Kurvan Ansari alias Kurvan Ali & Anr. v. Shyam Kishore Murmu & Anr, while dealing with a civil appeal preferred by appellant claimants aggrieved by the High Court of Jharkhand, Ranchi's judgment the Supreme Court observed that despite repeated directions, Schedule-II of the Motor Vehicles Act, 1988 has not been amended yet.

The bench of Justices R Subhash Reddy and Hrishikesh Roy observed, "In this case, it is to be noted that the accident was on 06.09.2004. In spite of repeated directions, Schedule-II is not yet amended. Therefore, fixing notional income at Rs.15,000/- per annum for non- earning members is not just and reasonable."

17. Disciplinary Proceedings - Reasons Should Be Recorded To Adopt Special Procedure Of Dispensing With Inquiry

In Union of India and Ors v. Ram Bahadur Yadav, bench of Justices R Subhash Reddy and Hrishikesh Roy observed that when Rules contemplate method and manner to adopt special procedure, it is mandatory on the part of the authorities to exercise such power by adhering to the Rule strictly.

18. Sec 120B IPC - Not Safe To Convict A Person For Criminal Conspiracy In Absence Of Evidence Showing Meeting Of Minds

The Supreme Court bench of Justices R Subhash Reddy and Hrishikesh Roy in Parveen @Sonu v. State of Haryana observed that in absence of any evidence to show meeting of minds between the conspirators for the intended object of committing an illegal act, it is not safe to hold a person guilty for offences under Section 120-B of IPC.

19. MSMED Act: If Conciliation Not Successful, Arbitration Proceedings Must Be Resorted To

In Jharkhand Urja Vikas Nigam Limited v. The State of Rajasthan & Ors., the Supreme Court bench of Justice Indira Banerjee and Justice Subhash Reddy had noted that, "Under S. 18(3), when conciliation fails and stands terminated, the dispute between the parties can be resolved by arbitration. The council is empowered either to take up arbitration on its own or to refer the arbitration proceedings to any institution as specified in the said section."

Furthermore, in Ravi v State of Maharashtra, the majority comprising Justices R F Nariman and Surya Kant upheld the death penalty to a man found guilty for murder and rape of a two year old girl confirmed by the Bombay High Court in the case while Justice Subhash Reddy had dissented.

However in Ishwari Lal Yadav V. State of Chhattisgarh, the bench of Justice Rohinton Fali Nariman, Justice R. Subhash Reddy and Justice Surya Kant, after examining the evidence on record, unanimously held that in a case where a 'tantric' couple accused of murdering a boy, by performing the ritual of human sacrifice was a case of "rarest of rare cases" where death sentence" could be imposed.

Justices Sanjay Kishan Kaul and R Subhash Reddy in State of Kerala v. Leesamma Joseph had observed that persons with physical disabilities have the right to reservation in promotions also.

Justice Subhash Reddy was also a part of the bench that had referred the substantial question of law as to whether in EWS quota posts be reserved only on the basis of economic criterion, was 50% ceiling absolute to 5 Judge and where the 9 judge bench headed by CJI SA Bobde had dismissed the objections regarding the maintainability of reference in Sabarimala Review Petitions.