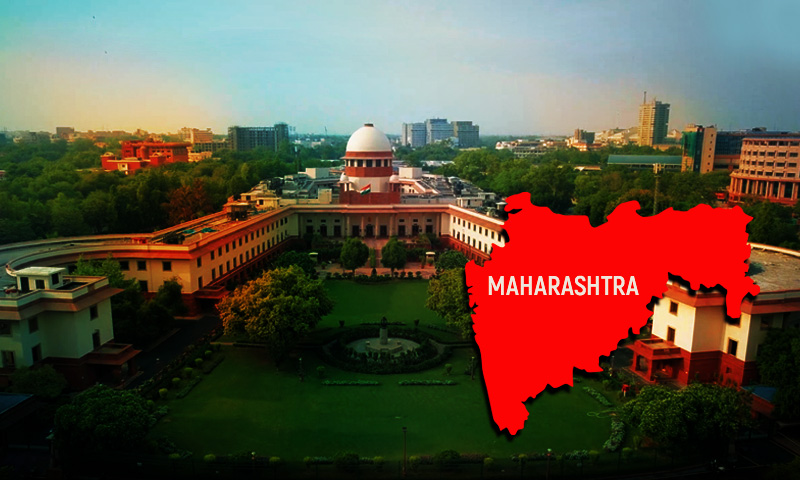 The Supreme Court on Tuesday directed the State Government and the State Election Commission of Maharashtra to notify the 27% seats reserved for the Other Backward Classes in Maharashtra local body elections as general seats and take forward the election process.It may be recalled that on December 6, the Court had stayed the 27% OBC quota introduced by Maharashtra government in the local...

The Supreme Court on Tuesday directed the State Government and the State Election Commission of Maharashtra to notify the 27% seats reserved for the Other Backward Classes in Maharashtra local body elections as general seats and take forward the election process.

It may be recalled that on December 6, the Court had stayed the 27% OBC quota introduced by Maharashtra government in the local body elections.

The State Election Commission has been directed to issue the fresh notification within one day.

"The SEC must issue a fresh notification for the remaining 27 per cent seats reserved for OBC as general category and commence election process for them along with remaining 73 percent which is on its way...The SEC must declare the results of both the elections simultaneously, which means for the elections process already in progress in the 73% seats and the renotified 27% seats. The counting and results process of both the seats must be together and declared on one day local body-wise. These directions would apply to byelections", the bench observed in the order dictated in the open court.

A bench comprising Justices AM Khanwilkar and CT Ravikumar rejected the requests made by the State of Maharashtra and few intervenors seeking modification of the December 6 stay order. The State of Maharashtra proposed that the entire election be stayed and the State Commission be given 3 months time to complete the data collection process required for OBC reservation.

The bench had stayed the 27% quota and allowed election process in the remaining seats observing that the Ordinance brought by the Maharashtra Government to provide the 27% OBC reservation was an attempt to overeach the judgment of the Supreme Court in Vikas Kishanrao Gawali v State Of Maharashtra and Ors LL 2021 SC 13, which had quashed the 27% OBC quota as it was introduced without following the "triple tests" laid down in Krishna Murthy (Dr.) & Ors. vs. Union of India & Anr., (2010) 7 SCC 202.

Senior Advocate Dushyant Dave, appearing for one of the intervenors, urged that the OBC quota be not stalled. He submitted that the elections can be allowed on the basis of the data of 2017 elections. Dave emphasized that the backwards classes cannot be forced to suffer due to the inaction of the State or Union Governments.

"I am beseeching with folded hands to direct the commission to take up the exercise under Article 142 of the Act. States have been conducting elections. The state is bound by the mandamus. This would cause great prejudice to the OBC because of the inaction of the state and union", Dave requested.

Senior Advocate Mukul Rohatgi, appearing for the State of Maharashtra, requested the Court to stay the entire elections on hold, and meanwhile direct the State Commission to fast track the process of data collection and review the matter after three months. He added that the work of the Commission was delayed due to the COVID problems.

Rohatgi also submitted that the Constitution Bench judgment in Krishna Murthy had observed that the "rule of thumb" for representation in local bodies was the proportion in the population. However, the bench refused to accept this argument saying that the Gawali judgment had specifically held that the fulfilment of the "triple tests" are pre-conditions for giving local body reservations for backward classes. The triple tests are (1) establish a Commission to conduct rigorous empirical inquiry into the nature and implications of the backwardness qua local bodies, within the State; (2) to specify the proportion of reservation required to be provisioned local body wise in light of recommendations of the Commission, so as not to fall foul of overbreadth; and (3) in any case such reservation shall not exceed aggregate of 50 per cent of the total seats reserved in favour of SCs/STs/OBCs taken together.

But the bench observed that delimitation and caste representation are two different issues, which cannot be compared.

Senior Advocate P Wilson, appearing for an intervenor organization, submitted that a "constitutional deadlock" has emerged as the governments are not doing the caste survey, which results in denial of the reservation to backward classes in local bodies.

Senior Advocate Vikas Singh, appearing for the petitioner challenging the Maharashtra Ordinances, submitted that providing OBC quota before the Commission report is akin to "putting the cart before the horse". He submitted that in many places, the OBC population is in majority and they are in a position to elect persons even without reservation. Hence, it is necessary for proper data collection before the exercise is done.

After the arguments were over, the bench dictated the order, turning down the request to vacate the stay order. However, the bench directed the completion of election process for the 27% seats notified as OBC seats by renotifying them as general seats.

"The hiatus cannot be continued for an indefinite period", the bench observed in the order. The bench also observed that it is not possible to countenance the argument that without complying with the three tests requirement, the state authorities can be permitted to notify the seats for OBCs across the state.