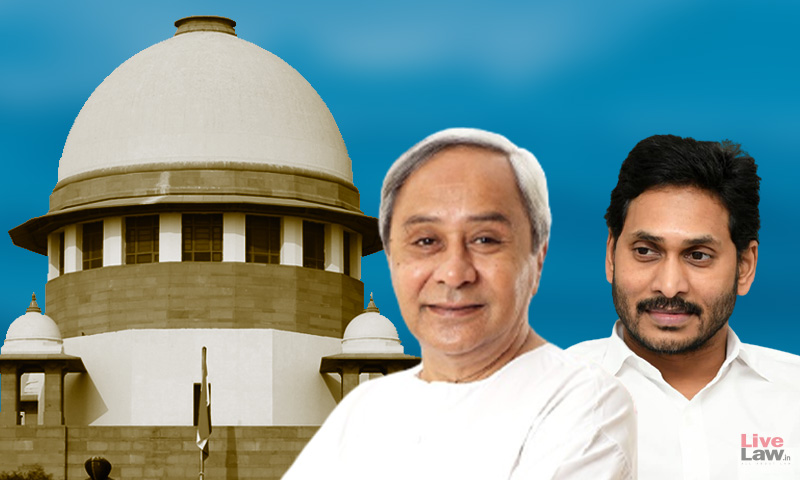 The Supreme Court on Tuesday adjourned for a month the contempt petition filed by State of Odisha against the State of Andhra Pradesh alleging that the latter has taken over certain villages belonging to the former in violation of a top court order.A Bench comprising Justice AM Khanwilkar, Justice Sanjiv Khanna and Justice JK Maheshwari granted the adjournment on request of Senior Advocate...

The Supreme Court on Tuesday adjourned for a month the contempt petition filed by State of Odisha against the State of Andhra Pradesh alleging that the latter has taken over certain villages belonging to the former in violation of a top court order.

A Bench comprising Justice AM Khanwilkar, Justice Sanjiv Khanna and Justice JK Maheshwari granted the adjournment on request of Senior Advocate Vikas Singh appearing for State of Odisha who informed the Court that the States are likely to settle the matter.

"Let it be resolved by political indulgence" the Bench responded.

The State of Andhra Pradesh was represented by Senior Advocate S Niranjan Reddy and Advocate Mahfooz Nazki before the top Court.

The present contempt petition relates to the Kotia group of villages which was a subject matter of an original suit filed by Orissa(as it was called then) in 1968 against the undivided state of Andhra Pradesh.

In 2006, the Supreme Court dismissed the suit as non-maintainable under Article 131 of the Constitution. However, the Court recorded in the order passed on March 30, 2006, an earlier undertaking given by both the states in 1968 to maintain status quo.

"...it is abundantly clear that the state of Orissa have been administrating continuously the villages in subject apart from electing representatives for local bodies and assembly and parliamentary constituency. Therefore the attempt on the part of the contemnor to conduct election in the newly self-named three villages pertaining to the territory of petitioner state is nothing but a willful attempt to sabotage the dictum of this Hon'ble Court", the petition states.

Also Read: Kotiya Dispute- No Question Of Contempt As No Direction Was Passed By Supreme Court: Andhra Pradesh Responds To Odisha's Contempt Plea