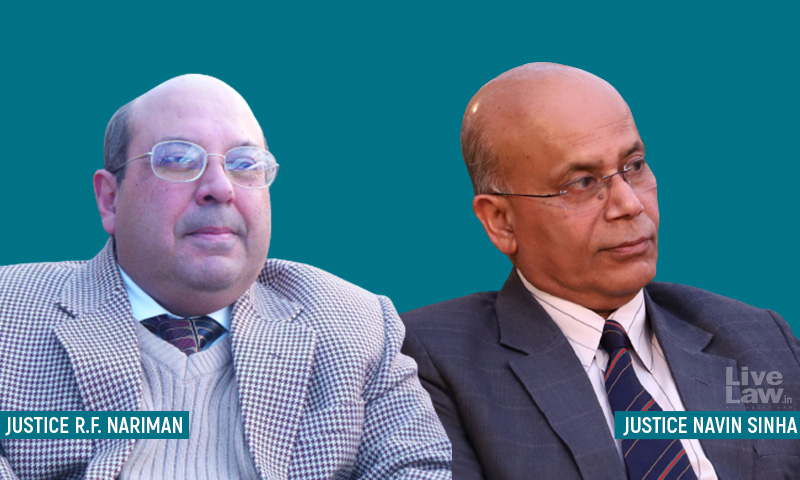 The Supreme Court has observed that all the investigative powers vested in an officer in charge of a police station under the CrPC, including the power to file a charge-sheet, are vested in the officers designated under section 53 of the NDPS Act when dealing with an offence under the NDPS Act.The court (2:1), while answering the reference in Tofan Singh vs. State of Tamil Nadu, overruled...

The Supreme Court has observed that all the investigative powers vested in an officer in charge of a police station under the CrPC, including the power to file a charge-sheet, are vested in the officers designated under section 53 of the NDPS Act when dealing with an offence under the NDPS Act.

The court (2:1), while answering the reference in Tofan Singh vs. State of Tamil Nadu, overruled the contrary view expressed in Raj Kumar Karwal v. Union of India (1990) 2 SCC 409, in this regard.

In Raj Kumar Karwal, the court had rejected the contention that an officer appointed under Section 53 of the Act, other than a police officer, is entitled to exercise 'all' the powers under Chapter XII of the Code, including the power to submit a report or charge-sheet under Section 173 of the Code. The court had also noticed that, the Constitution Bench in Badku Joti Savant vs State Of Mysore AIR 1991 SC 45 had observed that unless an officer is invested under any special law with the powers of investigation under the Code, including the power to submit a report under Section 173, he cannot be described to be a 'police officer' under Section 25, Evidence Act. It was held that there is nothing in the provisions of the Act to show that the legislature desired to vest in the officers appointed under Section 53 of the Act, all the powers of Chapter XII, including the power to submit a report under Section 173 of the Code. Referring to Section 36A(d), the court had observed thus: "This clause makes it clear that if the investigation is conducted by the police, it would conclude in a police report but if the investigation is made by an officer of any other department including the DRI, the Special Court would take cognizance of the offence upon a formal complaint made by such authorised officer of the concerned government. Needless to say that such a complaint would have to be under Section 190 of the Code. "

Justice RF Nariman, who authored the majority judgment (also on behalf of Justice Navin Simha) pointed out the following anomalies in the above observations made in Raj Kumar Karwal (Supra):

Suppose a designated officer under section 53 of the NDPS Act investigates a particular case and then arrives at the conclusion that no offence is made out. Unless such officers can give a police report to the Special Court stating that no offence had been made out, and utilise the power contained in section 169 CrPC to release the accused, there would be a major lacuna in the NDPS Act which cannot be filled.

Ordinarily, after the police report under section 173(2) of the CrPC is forwarded to the Magistrate (the Special Court in the NDPS Act), the police officer can undertake "further investigation" of the offence under section 173(8) of the CrPC. If, as is contended by Shri Lekhi, that the officer designated under section 53 can only file a "complaint" and not a "police report", then such officer would be denuded of the power to further investigate the offence under section 173(8) after such "complaint" is filed. This is because section 173(8) makes it clear that the further report can only be filed after a report under sub-section (2) (i.e. a police report) has been forwarded to the Court. However, a police officer, properly so-called, who may be investigating an identical offence under the NDPS Act, would continue to have such power, and may, until the trial commences, conduct further investigation so that, as stated by this Court in Vinubhai (supra), an innocent person is not wrongly arraigned as an accused, or that a prima facie guilty person is not so left out. Such anomaly – resulting in a violation of Article 14 of the Constitution of India – in that there is unequal treatment between identically situated persons accused of an offence under the NDPS Act solely due to the whether the investigating officer is a police officer or an officer designated under section 53 of the NDPS Act, would arise only if the view in Raj Kumar Karwal (supra) is correct

A third anomalous situation would arise, in that under section 36A(1)(a) of the NDPS Act, it is only offences which are punishable with imprisonment for a term of more than three years that are exclusively triable by the Special Court. If, for example, an accused is tried for an offence punishable under section 26 of the NDPS Act, he may be tried by a Magistrate and not the Special Court. This being the case, the special procedure provided in section 36A(1)(d) would not apply, the result being that the section 53 officer who investigates this offence, will then deliver a police report to the Magistrate under section 173 of the CrPC. Absent any provision in the NDPS Act truncating the powers of investigation for prevention and detection of crimes under the NDPS Act, it is clear that an offence which is punishable for three years and less can be investigated by officers designated under section 53, leading to the filing of a police report. However, in view of Raj Kumar Karwal (supra), a section 53 officer investigating an offence under the NDPS Act can end up only by filing a complaint under section 36A(1)(d) of the NDPS Act. Shri Lekhi's only answer to this anomaly is that under section 36A(5) of the NDPS Act, such trials will follow a summary procedure, which, in turn, will relate to a complaint where investigation is undertaken by a narcotics officer. First and foremost, trial procedure is post-investigation, and has nothing to do with the manner of investigation or cognizance, as was submitted by Shri Lekhi himself. Secondly, even assuming that the mode of trial has some relevance to this anomaly, section 258 of the CrPC makes it clear that a summons case can be instituted "otherwise than upon complaint", which would obviously refer to a summons case being instituted on a police report – see John Thomas v. Dr. K. Jagadeesan (2001) 6 SCC 30 (at paragraph 8).

The court, however, rejected the contention that the "complaint" referred to in section 36A(1)(d) refers only to section 59 of the NDPS Act. It is always open, therefore, to the designated officer, designated this time for the purpose of filing a complaint under section 36A(1)(d), to do so before the Special Court, which is a separate procedure provided for under the special statute, in addition to the procedure to be followed under section 53, as delineated hereinabove.

"That section 53 is located in a statute which contains provisions for the prevention, detection and punishment of crimes of a very serious nature. Even if the NDPS Act is to be construed as a statute which regulates and exercises control over narcotic drugs and psychotropic substances, the prevention, detection and punishment of crimes related thereto cannot be said to be ancillary to such object, but is the single most important and effective means of achieving such object. This is unlike the revenue statutes where the main object was the due realisation of customs duties and the consequent ancillary checking of smuggling of goods (as in the Land Customs Act, 1924, the Sea Customs Act, 1878 and the Customs Act, 1962); the levy and collection of excise duties (as in the Central Excise Act, 1944); or as in the Railway Property (Unlawful Possession Act), 1966, the better protection and security of Railway property. Second, unlike the revenue statutes and the Railway Act, all the offences to be investigated by the officers under the NDPS Act are cognizable. Third, that section 53 of the NDPS Act, unlike the aforesaid statutes, does not prescribe any limitation upon the powers of the officer to investigate an offence under the Act, and therefore, it is clear that all the investigative powers vested in an officer in charge of a police station under the CrPC – including the power to file a charge-sheet – are vested in these officers when dealing with an offence under the NDPS Act."

The Bench also failed to notice section 53A of the NDPS Act and, therefore, falls into error when it states that the powers conferred under the NDPS Act can be assimilated with powers conferred on customs officers under the Customs Act. When sections 53 and 53A are seen together in the context of a statute which deals with prevention and detection of crimes of a very serious nature, it becomes clear that these sections cannot be construed in the same manner as sections contained in revenue statutes and railway protection statutes.

Justice Indira Banerjee wrote a dissenting opinion. On the question whether an investigating officer invested with the powers of Officer in Charge of a police station for the purpose of investigation of an offence under a special Act like the NDPS Act is empowered to file a police report under Section 173 of the Cr.P.C, the judge said that the constitution bench judgments have held that the power to file a police report under Section 173 of Cr.P.C has to be conferred by statute. She said: