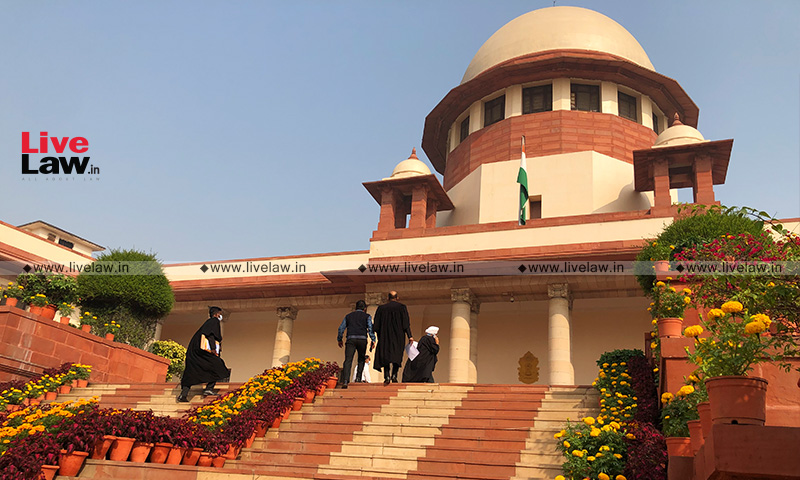 On Monday, the Supreme Court asked the State Governments to file Counter Affidavit in a plea filed by social activist, Mr. Juvvadi Sagar Rao, alleging regularisation of unauthorised constructions leading to corruption in concerned government offices as well as environmental concerns. A Bench comprising Justices L. Nageswara Rao and B.R. Gavai noted that the matter needs to be...

A Bench comprising Justices L. Nageswara Rao and B.R. Gavai noted that the matter needs to be heard. In view of the same it stated that it would accommodate and give a date next month to hear the matter finally. In the meantime, Justice Rao asked the parties to complete the pleadings.

"We will give a date sometime next month. Let the pleading be completed by then."

At the outset, Advocate, Mr. Sravan Kumar appearing for the petitioner informed the Bench that most of the States are yet to file their respective responses. He further apprised the Bench that the State Governments of Andhra Pradesh and Telangana were still permitting registration of unregularised colonies.

"In this matter some of the respondents have filed counters, but majority of them have not filed. With regard to Andhra and Telangana, they are allowing registrations in unregulated colonies."

The Bench asked the Counsel appearing for Telangana, "Why are you giving permissions for layouts in unregularised colonies?"

Senior Advocate, Mr. Niranjan Reddy appearing for the State of Telangana submitted that the State Government had already filed its counter affidavit, which provides reasons for permitting such layout as a one time measure.

"We have filed a counter to state that we are taking every step to ensure there are no unauthorised developments. We have given certain reasons as to why as a one time measure they have decided to have this layout."

Perturbed, the Bench noted that the 'one time measure' taken by the Government to regularise illegal layouts is a never ending process.

The Bench was informed that 20 lakhs 40 thousand applications have already been received by the State of Telangana for regularisation.

Mr. Kumar submitted that during the pendency of the present litigation, the State Government of Andhra Pradesh has granted regularisation of illegal construction in 48000 cases.

"Andhra regularised 48000…during the pendency of the litigation."

Advocate, Mr. Amit Anand Tiwari appearing for the State of Tamil Nadu submitted that though the State had filed its counter, the petition does not disclose any specific averments regarding regularisation of unregulated constructions in State of Tamil Nadu, apart from making general submission on corruption.

"For the State of Tamil Nadu they have not pointed out anything specific, why these rules are bad in law, apart from saying that the officers are corrupt and all those things.

The Bench stated that initially the matter was filed for the State of Telangana. Upon consideration that it is an all India concern, the Court had issued notice to the other State Governments as well.

"Initially he filed it for only the State of Telangana…We thought this problem is rampant all over the country. That's why we issued notice."

The Bench was apprised that the State of Telangana, Tamil Nadu and Andhra Pradesh were named respondents in the petition. While issuing notice on 16.12.2020, the Court had impleaded the other States and Union Territories.

The Bench was inclined to consider all the issues raised by the parties once the matter is taken up for final hearing.