Citing 'Heavy Board', Delhi Court Defers Orders On Release Of Student Activists In Riots Case To Tomorrow 11 AM 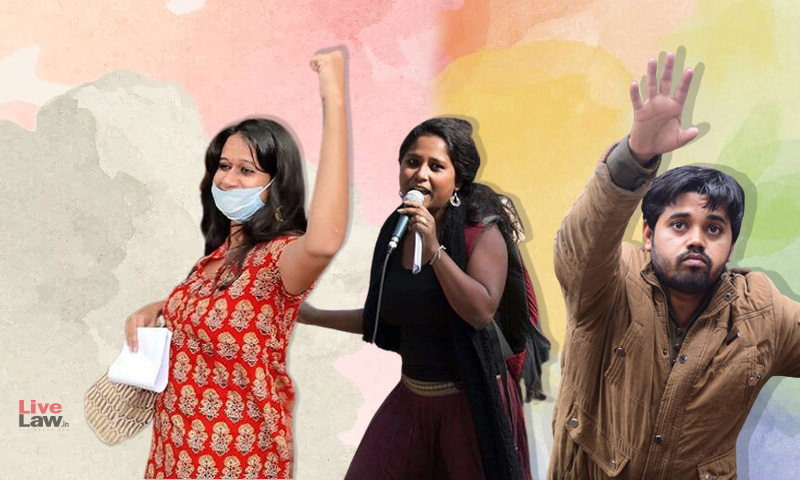 A Delhi Court will tomorrow pronounce at 11 AM orders on the release of student activists Devangana Kalita, Natasha Narwal and Asif Iqbal Tanha after they were granted bail by the Delhi High Court yesterday in the Delhi riots conspiracy case.Additional Sessions Judge Ravinder Bedi of Karkardooma Courts had reserved the orders today after hearing Advocate Adit S Pujari appearing on behalf of...

A Delhi Court will tomorrow pronounce at 11 AM orders on the release of student activists Devangana Kalita, Natasha Narwal and Asif Iqbal Tanha after they were granted bail by the Delhi High Court yesterday in the Delhi riots conspiracy case.

"Order could not be passed due to heavy board of bail applications listed before the undersigned. Be put up for orders tomorrow at 11 AM." The Court ordered.

The Delhi Police has stated that the outstation permanant addresses of student activists Natasha Narwal, Devangana Kalita and Asif Iqbal Tanha need to be verified for the purpose of their release pursuant to the Delhi High Court orders granting them bail yesterday in the Delhi Riots larger conspiracy case.

Devangana Kalita and Natasha Narwal's release from the judicial custody could not be effected yesterday for want of the verification of their addresses and sureties.