Our Democracy Today Starts With An Election, Ends With Its Results: Kapil Sibal 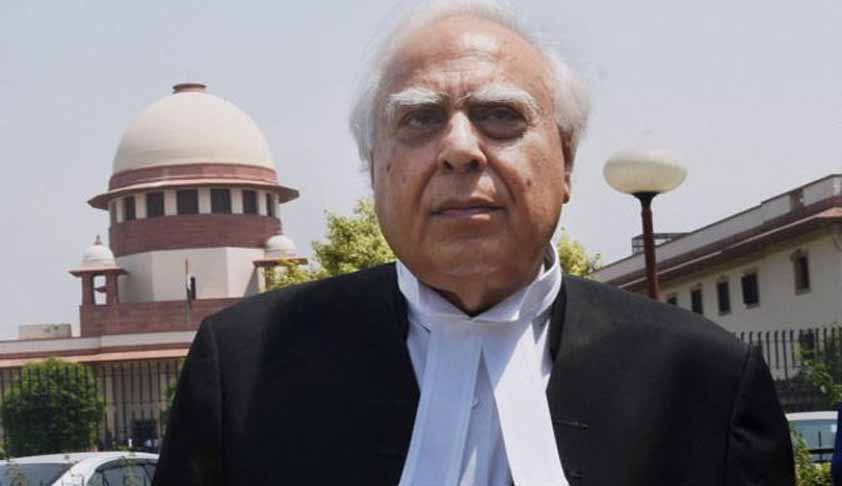 x
It's time for India to stand up..if we don't, democracy will perish, he said.

"If the court is silent and the people are not heard and the corporate sector funds a political party and the government funds mainstream media controlled by the corporate sector, how is it democracy?" said Senior Lawyer and Member of the Parliament Kapil Sibal on Saturday while delivering the first Rakesh Endowment Lecture for Justice and Equity. The lecture was organised by the...

"If the court is silent and the people are not heard and the corporate sector funds a political party and the government funds mainstream media controlled by the corporate sector, how is it democracy?" said Senior Lawyer and Member of the Parliament Kapil Sibal on Saturday while delivering the first Rakesh Endowment Lecture for Justice and Equity.

The lecture was organised by the Rakesh Law Foundation along with the Roja Muthiah Research Library. The Endowment was constituted by Senior Advocate and Member of Rajya Sabha NR Elango in memory of his son Rakesh who passed away in a road accident in March 2022.

While emphasizing that democracy, as it stands today, is not in line with the constitution envisaged by its makers, Kapil Sibal highlighted how businesses own mainstream media and are funded by political parties to run campaigns ensuring that a single narrative reaches the people. He also opined that the courts choose to remain silent in these matters unless influential parties are involved.

More importantly, he urged everyone to stand up to implement the Constitution as it was intended to be to keep democracy from collapsing.

"Those who are constitutionally obliged to listen don't listen and those who have the freedom to speak have stopped speaking. If you don't speak and those in power do not listen, there will be no dialogue and if there is no dialogue there can't be a democracy. That's the state of affairs in India. This is not what our forefathers envisaged. The fault lies with us. For we choose not to stand up. It's time for India to stand up. It's time for you and I to stand up. For if we don't, democracy will perish. We will not let that happen"

While exploring the true meaning of the word 'democracy', Senior Advocate Sibal said that the word has many definitions but in the context of our constitution, 'democracy' is where the institutions of the State work for the welfare of the people and where public welfare is the foremost priority for the elected representatives.

"In that process, every voice needs to be heard and every cry of pain needs to be recognized and every achievement needs to be applauded. However, our democracy today starts with an election and ends with its results", he said.

He further stated that the vision of our forefathers is encapsulated in Part IV of the Constitution and that if we achieve that vision we'll truly be a democratic nation. Even though Part IV cannot be implemented through a court process, Article 37 says that these principles are fundamental in the governance of the country and the State has a duty to implement them.

He also stated that when parliament enacts laws, they must be tested on the touchstone that it ensures the protection of social justice, economic justice, and political justice. During the lecture, Sibal went on to deal with the social, economic, and political injustice prevailing in the country.

Sibal remarked that the most draconian law in the country was the 10th Schedule of the Constitution which provides the provisions for disqualification on the ground of defection, and the most draconian practice was the concept of the whip in the parliament. According to him, the whip destroys the concept of political justice. In the parliament, when a party issues a whip and tells its members to vote in a particular way, the elected members are deprived of their opportunity to voice the concerns of their constituency and political justice is lost along the way.

He highlighted that there is a trend where elections are held, governments are formed and people are bought over. Therefore, despite Article 105 giving freedom of speech to the members of the parliament, the members are limited to agree with the government and not voice their own opinions.

"Some people violate the whip and the elected government falls. Then, those very people who violated the whip are elected. What happens in the process is that the majority government passes the most draconian laws with its majority and these draconian laws are misused against political opponents."

While answering Rajya Sabha Member Advocate P Wilson's question on the powers of the Governor, Sibal opined that the governor has a very limited role under the constitution. If he finds any bill not being in tune with the law, he can only send that bill back to the houses for reconsideration and not take it upon himself to deal with its legality. He further stated that the Governors today offer allegiance, not to the constitution but to something else. He further remarked that the office of Governor was unfortunately a legacy of India's colonial past.

"I don't see why we should have Governors. We should evolve a different mechanism to deal with our relationship with the Union," he said.

"Poverty is increasing and the rich are getting richer. The laws in the country are helping the rich to get richer," he said.

During the lecture, the Senior Advocate also underlined that 91% of hate crimes took place between 2014 and 2019, and that hate crimes against minorities constituted 73% of that percentage. Of that 73% of hate crimes, in 61% of cases, the victims were Muslims.

He also talked about how Article 48 has been manipulated to bring a law against cow slaughter. Article 48 only prohibits the slaughter of cows that give milk, calves, and draft cattle. Thus, the law is an anti-thesis to the Article. The whole economy is destroyed because of a law that is inconsistent and yet is used by a political party for political advantage, he opined.

Considering the situation of the country, Sibal concluded that all of this is the perpetuation of injustice - social, economic and political.

Sibal also believed that the country is not truly federal since the financial powers were still controlled by the Centre. Therefore, the states never get their share. The problem today is that most of the subjects which should be on the state list are on the concurrent list. The system in the country is so diverse that it is difficult to bring in equity. One example of it is education. In the NEET exams, students from State Board are made to compete in a curriculum mostly based on the CBSE. He further opined that matters like Education and Healthcare must be part of the State List.