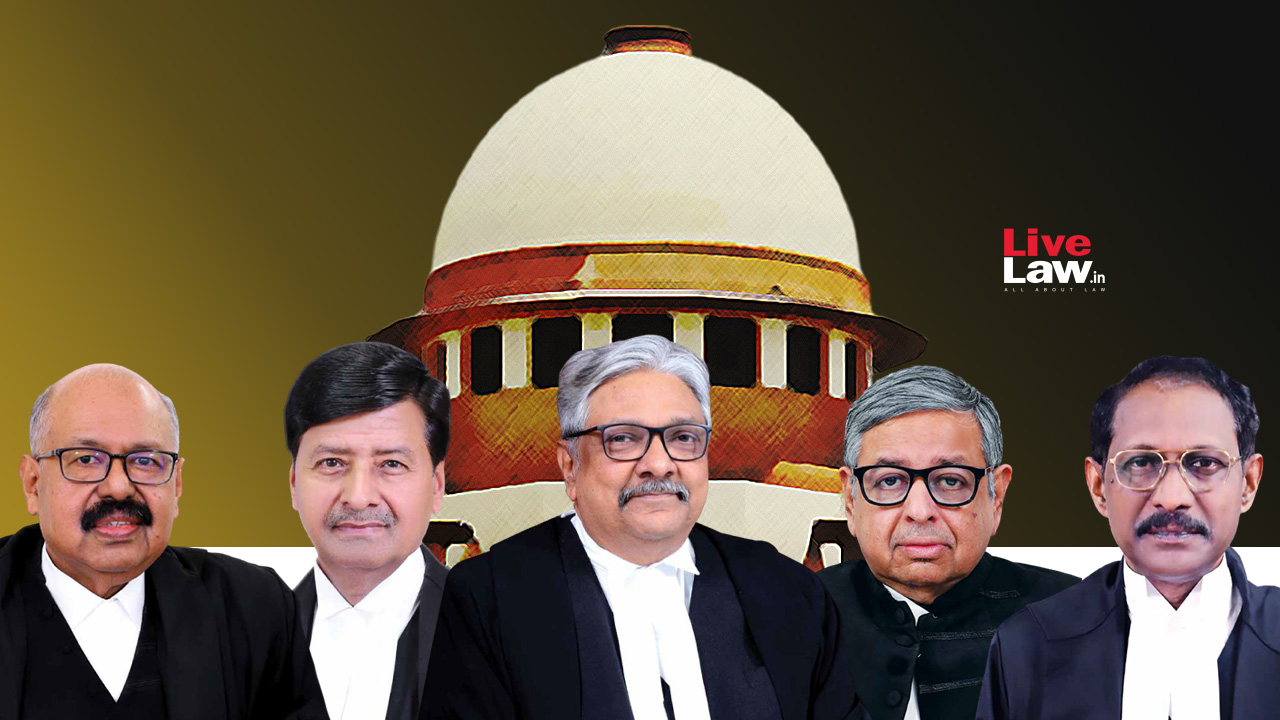 A Constitution Bench of the Supreme Court, on Tuesday, agreed that modifications are required to be made to the guidelines for Living Will/Advance Medical Directive that was issued by its judgment recognising 'passive euthanasia' in Common Cause v. Union of India And Anr.

A Bench comprising Justice K.M. Joseph, Justice Ajay Rastogi, Justice Aniruddha Bose, Justice Hrishikesh Roy and Justice C.T. Ravikumar was considering a Miscellaneous Application filed by Indian Council for Critical Care Medicine, seeking modification of the guidelines for Living Will/Advance Medical Directive as its previous directions have become unworkable. An instance of the unworkability was provided by the Senior Advocate, Mr. Arvind Datar, which was taken note of by the Bench. The mandate in the previous order was that the advance medical directive ought to be made in the presence of two independent attesting witnesses. There was a requirement prescribed to get the directive then countersigned by a Judicial Magistrate of First Class. This requirement, the applicants argued, has made the process cumbersome and prayed if the same be struck down.

Over a period of four days, the Bench deliberated upon the suggestions that were put forth by the applicant after conducting multiple meetings with all the stakeholders. On the last occasion, the Bench noted that it would be in the interest of all, if the applicant and the Union Government came up with a joint proposal for modifications. Accordingly, the Counsel for the parties were advised to sit together and prepare a common chart. It was taken up by the Court on Tuesday.

Mr. Datar suggested the time allotted for the consideration to be made by the Primary Medical Board and the Review Board be 24 hours each from the previous requirement of 48 hours. It appears, the Union Government has suggested the time-frame to be 48 hours. Justice Joseph was of the opinion that 48 hours is a reasonable timeframe. Mr. Datar submitted that if 48 hours is accepted, then it should be clarified that the consideration would take place ‘within 48 hours’.

Mr. Datar indicated that there might not be any requirement for a Review Board. But the Union Government wanted to retain it as a check and balance mechanism. To obtain clarity, Justice Joseph enquired from when the 48 hours would ‘start ticking’. Additional Solicitor General, Mr. K.M. Nataraj responded, “Once the Board is constituted”. But, Mr. Datar submitted that it would be considered from the time the treating doctors know that ‘the end is inevitable’.

There was some discussion with respect to the case where there is no advance medical directive. Mr. Datar apprised the Bench, that in all such cases the consent of the kith and kin is to be taken into consideration. It was noted that even without the advance directive, passive euthanasia is being practiced. Mr. Datar submitted that an order of the Supreme Court would go a long way in protecting the doctors. Justice Joseph enquired about the definition of family and what would happen if there is a divergent view taken by immediate family members.

Previously, the doctors in the Medical Board were prescribed to have at least 20 years of experience. Citing difficulty in finding doctors with such a long period of experience, especially in rural areas, the modification sought was to reduce the requirement of minimum experience to 5 years. However, Advocate, Dr. R.R. Kishore, Amicus in the passive euthanasia matter, was of the opinion that there is no requirement to limit the experience of the doctors. However, he suggested that the board should have ‘'subject-experts of the speciality concerned'.

Disagreeing with Mr. Kishore on the aspect of setting out an age limit for experience, Justice Joseph recognised the concern of adding doctors with ‘subject-experts of the speciality concerned’ in the Board.

Thereafter, Justice Joseph enquired, “Secondary Board will be constituted by the hospital itself?”

The ASG responded that, though it is constituted by the hospital, at least one doctor in the Board ought to be nominated by the CMO. Mr. Datar pointed out the difficulties in locating the CMO in larger cities.

A detailed order with specific directions is awaited. Once the order is typed out, the Registry of the Supreme Court had been directed to make available a copy of the order to Registrar Generals of High Courts, who will in turn provide a copy of the same to the Health Secretaries of the States/UTs, for onward communication to the CMOs in the States/UTs.