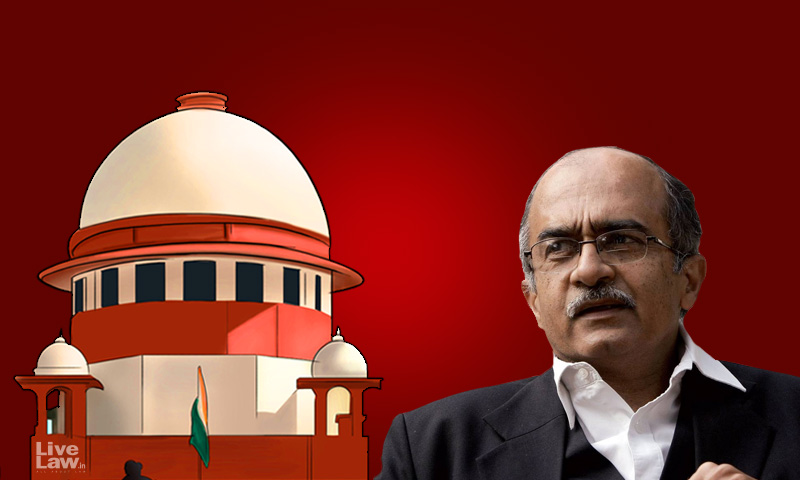 Advocate Prashant Bhushan on Monday deposited in the Supreme Court Registry the token fine of one rupee imposed by the Supreme Court in the contempt case over two of his tweets.Before entering the SC registry, Bhushan addressed the media outside the SC premises. He said that he received contributions from several corners of the country for paying the fine, and a "truth fund" will be created...

Before entering the SC registry, Bhushan addressed the media outside the SC premises. He said that he received contributions from several corners of the country for paying the fine, and a "truth fund" will be created out of such contributions to provide legal aid to those persons, who are jailed by the State for voicing dissenting opinions.

"The State is using all means to silence voices of dissent. The 'truth fund' will be used to protect the personal liberty to those persons who face the State's persecution", he said.

He also expressed concern over the arrest of JNU student Umar Khalid by the Delhi police yesterday night.

Bhushan clarified that the payment of the fine does not mean that he has accepted the judgment of the Supreme Court and that a review petition against the verdict was being filed today.

Prashant Bhushan enters the Supreme Court to deposit the draft of one rupee fine imposed by the #SupremeCourtOfIndia in the contempt case.#PrashantBhushan @pbhushan1 pic.twitter.com/X0aykznVpS

It was on August 31 that a bench headed by Justice Arun Mishra pronounced the sentence of fine in the contempt case. The bench had held that in the event of default to deposit the fine by September 15, Bhushan will have to undergo simple imprisonment for three months and will be further debarred from practising in the Supreme Court for three years.

The Court said that it not only gave an opportunity for him to apologize but also "directly and indirectly, persuaded the contemnor to express regret". This was not heeded to by the contemnor and he gave wide publicity to his statements and gave media interviews, which further brought down the dignity of the Court, the bench observed.

Observing that the act of Bhushan is "a very serious one", the bench said :

"If we do not take cognizance of such conduct it will give a wrong message to the lawyers and litigants throughout the country. However, by showing magnanimity, instead of imposing any severe punishment, we are sentencing the contemnor with a nominal fine of Rs 1 instead", the bench said.