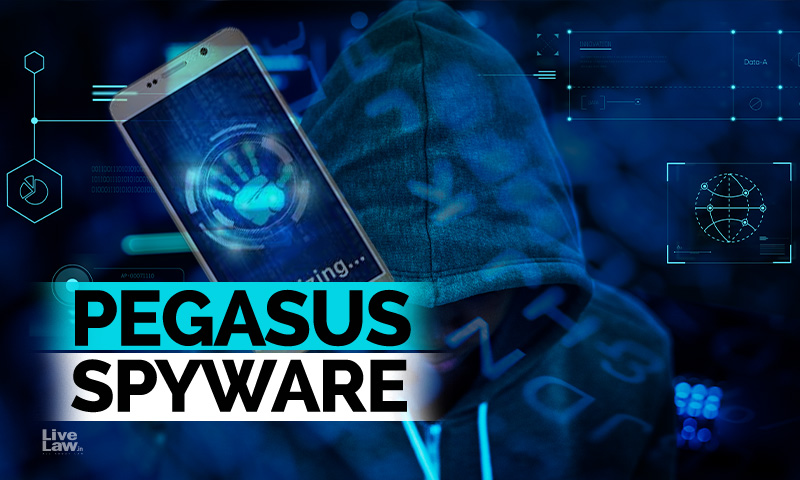 The Central Government has filed an affidavit before the Supreme Court stating that it has resolved to constitute a Committee of Experts which will examine all the issues pertaining to the alleged Pegasus snooping scandal. The Ministry of Electronics and Information Technology, while denying all the allegations of mobile interception through Pegasus, submitted: "with a view to dispel...

The Central Government has filed an affidavit before the Supreme Court stating that it has resolved to constitute a Committee of Experts which will examine all the issues pertaining to the alleged Pegasus snooping scandal.

The Ministry of Electronics and Information Technology, while denying all the allegations of mobile interception through Pegasus, submitted:

"with a view to dispel any wrong narrative spread by certain vested interests and with an object of examining the issues raised, the Union of India will constitute a Committee of Experts in the field which will go in to all aspects of the issue."

The Ministry has however denied all the allegations and has questioned the maintainability of the Petitions seeking independent probe into the matter on the basis of news reports.

"A bare perusal of the captioned petitions makes it clear that the same are based on conjectures and surmises or on other unsubstantiated media reports or incomplete or uncorroborated material. It is submitted that the same cannot be the basis for invoking the writ jurisdiction of this Hon'ble Court."

It asserts that the IT Minister, Ashwini Vaishnaw, has already clarified the Government's stand in the Parliament.

Vaishnav had denied all 'over the top allegations' of using Pegasus Spyware to snoop on opposition leaders, journalists, etc.

He said that Amnesty's report itself clarifies that presence of a number in the list does not amount to snooping. He further informed the House that NSO itself has denied the allegations, claiming that the news reports are based on 'misleading interpretation' of leaked data from basic information

"The basis of this report is that there is consortium which has got access to leaked database of 50,000 phone numbers. The allegation is that individuals linked to these phone numbers were being spied upon. However, the report says that the presence of a phone no. in the data does not reveal whether a device was infected with Pegasus or subjected to an attempted hack. Without subjecting the phone to this technical analysis it is not possible to conceivably state whether it was hacked or successfully compromised," he had said.

Various petitions have thus been filed before the Top Court, seeking an independent probe in the matter.

Though notice is yet to be issued on the pleas, however, the Top Court has expressed concern over the alleged incident, saying that no doubt, the allegations are serious, if the reports are true. "Truth has to come out, that's a different story. We don't know whose names are there", CJI NV Ramana said.

The matter is slated to be heard by the Top Court today.