'Beating About The Bush Won't Solve The Issue' : Supreme Court To Centre In Pegasus Case | 10 Quotes 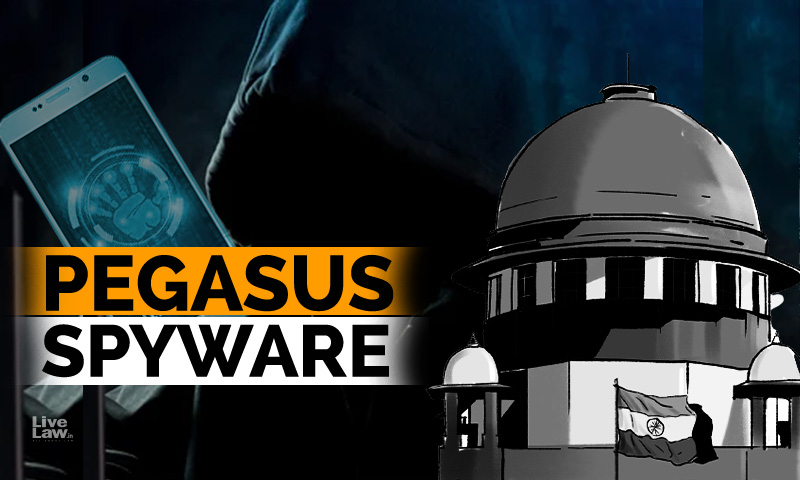 The Supreme Court on Monday said that it will pass interim orders in the Pegasus case, after the Central Government expressed unwillingness to state on affidavit whether it has uses the spyware for snooping on citizens."Beating about the bush will not solve the issue", the Chief Justice of India told the Solicitor General Tushar Mehta, after the latter repeatedly said that the issue cannot...

The Supreme Court on Monday said that it will pass interim orders in the Pegasus case, after the Central Government expressed unwillingness to state on affidavit whether it has uses the spyware for snooping on citizens.

"Beating about the bush will not solve the issue", the Chief Justice of India told the Solicitor General Tushar Mehta, after the latter repeatedly said that the issue cannot be made subject matter of a judicial debate or public discourse as it touched upon national security. The SG maintained that a committee constituted by the Government will examine the issue.

Here are some top quotes from the eventful hearing which took place before a bench comprising Chief Justice of India NV Ramana, Justice Surya Kant and Justice Hima Kohil.

"..we are not interested in any manner or in any way to know the issues which are concerned about the security or the defence or any other national interest issue. We are only concerned, in the face of allegations that some software was used against some particular citizens, journalists, lawyers etc, to know whether this software has been used by the government, by any method other than permissible under the law" -CJI Ramana to Solicitor General.

"The only limited affidavit that we expected you to file was that- there are citizens who are before us alleging the violation of the right to privacy under Article 21, and if you can clarify in your affidavit that these rights are not been violated....all these issues can be limited to the class of citizens alleging violation of right to privacy under Article 21" - Justice Surya Kant to SG.

"All we want to know if the State has used Pegasus. But my learned friend is saying that it will be detrimental to national interest. I'm sorry, to not say that will be detrimental to justice. This spyware is per se illegal. It cannot be used. Ordinary citizens were targeted. This is a serious issue. State cannot say that they can't tell the court. It is unbelievable, that the Government of India says that it won't tell the Court" - Senior Advocate Kapil Sibal to Court.

"The fact that they(Govt of India) have not denied it means that they have used it" - Sibal.

"If it(Pegasus) is deployed by an external agency, it is the duty of the Govt of India to protect the citizens. If it is deployed by the Government of India, my submission is, this cannot be done under the IT Act...My client is a retired IIM Professor and if people like him are targeted, then it is a direct assault on democracy" - Senior Advocate Shyam Divan.

"It is only the state or state agencies which get the license to use this. Petitioner is a journalist. If there is snooping, a journalists' right to speech and expression gets affected and not just right to privacy" - Senior Advocate Dinesh Dwivedi.

"Allowing the Govt to constitute a committee and asking our phones to be surrendered to it will be a secretive exercise. It will not be a credible exercise in which people of the country will have faith. If the govt made a statement at least saying we have not used the malware or spied on the petitioners, that would have been the end of the matter" - Senior Advocate Rakesh Dwivedi.

"Suppose I am saying that I am not using this software. Then it will alert the terror groups. If I say I am using this software, please remember, every software has a counter-software. The groups will take preemptive steps...Govt's commitment becomes apparent from the fact that it says let all these issues go before domain experts" - Solicitor General.

"We are reserving and will pass an interim order. It might take 2-3 days to pass the orders. Mr.Mehta, if there is any rethinking, you can mention the matter before us"- CJI NV Ramana.

For detailed account of the hearing, refer this report.