"People Need Oxygen Now, Why Should Wait For April 22nd To Ban Use Of Oxygen For Industries": Delhi High Court Asks Centre 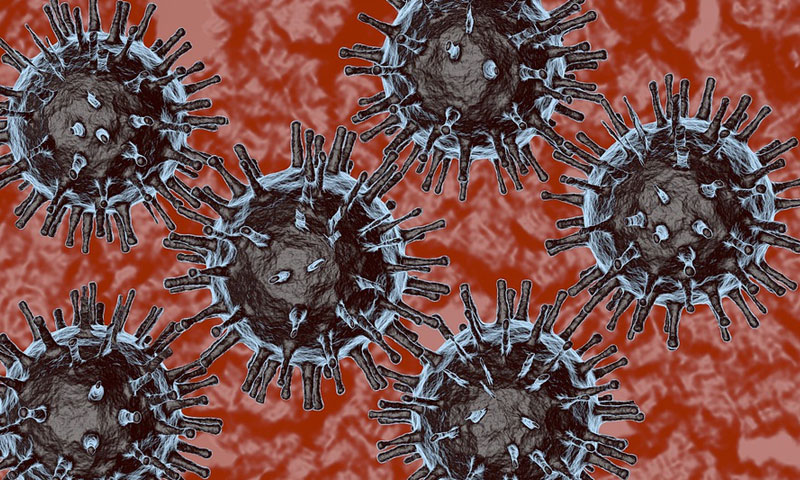 x
"The need for oxygen is now. Any delay would lead to loss of precious lives."

In view of acute shortage of oxygen supplies for Covid-19 patients, the Delhi High Court on Tuesday asked the Central Government as to why there is a delay in restricting its use in industries. "You've said you'll ban the use of oxygen in industries by 22nd, but why not by today itself? What about lives that are being lost today? Will you tell the patients from today to wait for...

In view of acute shortage of oxygen supplies for Covid-19 patients, the Delhi High Court on Tuesday asked the Central Government as to why there is a delay in restricting its use in industries.

"You've said you'll ban the use of oxygen in industries by 22nd, but why not by today itself? What about lives that are being lost today? Will you tell the patients from today to wait for 2 days?" remarked a Division Bench comprising of Justices Vipin Sanghi and Rekha Palli.

The Court was hearing a PIL concerning the Covid-19 situation in Delhi.

During the hearing, the Bench made some significant suggestions, including increasing the number of beds for Covid patients in Delhi, ramping up the Centre's vaccination programme and inoculating all those who are willing to take the vaccine.

"Whomsoever you can vaccinate, please vaccinate. Whether it's 60 years or 16 years.

Atleast let the ones who want to take it, take it. Good luck to the ones who don't. The thing is the virus doesn't discriminate," Justice Sanghi orally remarked during the hearing.

He also criticized the Government for not taking timely steps and restricting the use of oxygen by industries.

"If people keep dying the way they are dying, what is the point of producing more for the economy?," Justice Sanghi remarked.

The Court suggested cutting down production of iron, steel and petroleum industries for 2-3 weeks to divert oxygen supplies to medical use.

"Ultimately, economic interests cannot override human life. We cannot lose people this way… we may lost up to a crore people. We cannot be so insensitive. Shortage is now, we have to do now. This is something you have to see, after a point we can't.

We're not here to run the government. If you had taken this decision two days back, lives could have been saved."

The Bench asked the Centre why it is not taking immediate steps for prohibiting industrial use of oxygen, to increase the supply towards medical.

"Why aren't you banning the oxygen supply for critical industries from now itself? People are dying now. A father of one of the counsel's who used to appear for govt is admitted and we know oxygen supply was reduced as no oxygen there. In fact, tomorrow, there will be no oxygen left," the Bench told a Joint Secretary appearing for the Centre.

The JS informed the Bench that the AIIMS Chief, Dr. Randeep Guleria, has devised a formula for calculating the oxygen requirement.

"Taking into account that nearly 80% of the cases are mild, don't need oxygen. As per this calculation, Delhi's requirement was about 220 MT, but they have been provided about 370 MT. Two exercises being done, to ensure all states get oxygen, otherwise those producing will not let it go to other states," the JS assured the Court.

He insisted that there is shortage of oxygen cylinders certainly because cylinders being packed and sent off to homes, or being given to patients for psychological effect.

In its order, the Bench said,

We call upon to CG to seriously consider the steal and petrochemical industry so that a fine balance can be struck between the needs of people at large who are suffering from covid and need of industries.

If more and more people are suffering from covid in extending lockdowns, the purpose of production of steal and petroleum products would also be of no avail.

We expect CG to urgently have a meet with all stakeholders involved in the petrochemical and steal industries so that a good portion of oxygen produced by them can be diverted for medical needs for the period in the prevailing condition."

Justice Sanghi made strong observations against wastage of vaccines in India and asked the Central Government to proceed in a well panned manner, probably with the use of technology.

"Latest numbers indicate that out of 10 crore, 44 lakh vaccines have gone waste. Maximum wastage in Tamil Nadu…Please note that 44 lakhs out of 10 crores is severe wastage. 1 vial can vaccinate upto 10 people.

In the US, if by 4-5 pm vaccines not being taken they have a system of calling eligible persons up and vaccinating them. Further, recently, the number of people getting vaccinated has reduced.

We are a country that produces the best IT minds, why can't we deal with this? This is just bad planning. Why didn't we foresee this? This is not rocket science," Justice Sanghi said.

He added that the people should be provided information regarding availability of vaccine near them, to both make the process more convenient and ensure that the resources do not go to waste.

"When you're registered on the app, you get updates in a geo-sensitive manner about which centre you have to go to as well. There are hospitals and centres where you can just walk in.

Now people are able to register for the vaccination on the app, initially there were problems. If they know which centre they have to go to, they can immediately go, the vaccination is not wasted," Justice Sanghi opined.

The Bench insisted that there should be a rule that samples taken first should be tested first.

"There should be no discrimination, is all. If my test is done today and somebody's tomorrow, it shouldn't happen that his report comes before mine. Further, the patient must be informed by the lab, how long it will take," the Bench said.

It further said that the citizenry must understand that now, even doctors and lab assistants are getting infected and thus, the 24 hrs limit for testing report has been increased to 48 hrs.

Collection of patients data be made more seamless

During the hearing, Justice Sanghi wondered why several forms are being filled for teswtings, treatment, etc., when all the relevant information regarding a person can be accessed through his Aadhar Card.

"Instead of diagnoses, they have to open computer centres," the Judge remarked.

Taking the suggestion, the ASG assured the Court that a notification will be issued today itself, telling ICMR about the duplication of Aadhar card details.

"Another aspect is the software device for uploading the test results on website. The patients are required to provide their Aadhar cards. Despite that being the position, we are informed that testing agencies are required to fill detailed forms online.

We direct the CG and ICMR to review the form in which the information is required to be uploaded so as to reduce their burden and wastage of time."

"There's hoarding, etc. In times of crisis, some people show their good faces, some ugly - taking advantage. You need to take out a directive, raid people," he told the Government.

"Be it Delhi or UP or Rajasthan. If despite having medication you're sending it to place A than B, despite B requiring more, you have blood on your hands," the Bench remarked.

Shortage of Beds in Covid Hospitals

The Bench also took note of the acute shortage of beds for Covid-19 patients who require immediate medical attention.

"People are lying on stretches outside the hospitals, wherever they can go, they're going. But that doesn't mean facilities are sufficient. If last time you had provided 4100 beds, this time you are providing only 2000.. even though number of cases are 4 times higher," the Bench told the Centre after it was informed by the Delhi Government that it is not getting enough beds.

The ASG then informed the Bench that the Government is setting up facilities in Railway wagons, Radha Soami Satsang also.

"We are trying our best to make a makeshift facility. For us, the constraint is that even if we increase the number of beds, we need a proportionate increase in power, nurses, etc. Infact it'll be dangerous if only beds are increased, patients admitted without the manpower," Joint Secretary to the Government said.

"But last time you had increased it to 4000? How do you explain that? It means that though you have the capacity, you have not diverted it for Covid19. Shouldn't you understand the gravity of the situation and take action immediately?"

"Considering the fact that no of covid patients were not getting hospitalization are greater than numbers turning out last year, CG should urgently look to allocate more beds from amongst their hospitals for Covid patients. A report in this regard must be submitted on the next date of hearing i.e. tomorrow."

On the aspect of ramping up testing through RT-PCR test, the bench noted that there are certain aspects which need to be addressed by CG and its agencies.

During the hearing, Justice Sanghi said he's personally aware that machines are being imported from outside India and then they are stuck with Customs at Bombay for 3-4 days.

In its order, the Bench said,

"We're informed that the equipments for setting up RTPCR test labs are imported and machines are being dealt with routinely at custom ports. It is essential that all such medical equipment, medicines etc which are imported should be cleared as top priority by Customs.

The procedure for such clearances are highly time consuming. We do not wish to in any way infringe on Authority of ICMR and we do not expect it to relax the standards the manner of granting permission. However, we direct ICMR to give top priority to such clearances so that labs are set up without any delay."

The petition was filed by Advocate Rakesh Malhotra last year. It was disposed of in January 2021, in view of normalcy in situation. However, taking note of the COVID-19 second wave, the bench revived the case.

The court had yesterday directed the Centre and the Delhi Governments to file affidavits stating the availability of beds, with and without ventilator and oxygen, in the national capital.

It had also expressed its displeasure at the manner in which the migrant workers have been dealt with during the pandemic.

Today, the Centre had filed its affidavit. However, the State asked and was granted a day's time to file its reply. The Delhi Government has been asked to file its affidavit by tomorrow, 1 PM.