"People Try To Influence Every Time When There Is A Big Matter":Justice Arun Mishra [Courtroom Exchange] 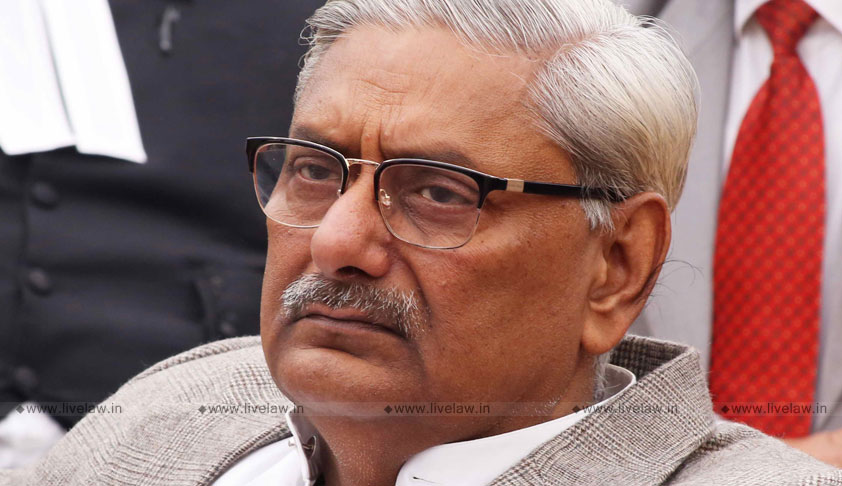 x
“We are not commenting on any issue. The day has come when we have to rise and tell the rich and powerful that you can’t do this! You are playing with fire! We don’t want to take names but everybody tries to influence every time there is a big matter! Letters are written in pending matters! Books are printed! And these are people for whom senior advocates are appearing! Whenever big persons are involved, this happens in this court!”, said Justice Mishra.

On Wednesday, the three-judge bench had asked Attorney General K. K. Venugopal about the maintainability of Utsav Bains's claim of privilege over certain communications he averred about in his affidavit."What about the privileged parts?", asked Justice Arun Mishra at the outset. The AG advanced that by virtue of the second clause of the Proviso to section 126 of the Evidence Act (which...

On Wednesday, the three-judge bench had asked Attorney General K. K. Venugopal about the maintainability of Utsav Bains's claim of privilege over certain communications he averred about in his affidavit.

"What about the privileged parts?", asked Justice Arun Mishra at the outset.

The AG advanced that by virtue of the second clause of the Proviso to section 126 of the Evidence Act (which deals with privilege as to professional communications), Bains is obligated to disclose everything.

"Who is his client? He says one Ajay came to him with an offer of 50 lakhs. He shooed Ajay away. Then it was increased to 1 crore. Ajay is not his client. He started an investigation on his own as he believed there to be a larger conspiracy against the CJI. He can't say that a client engaged him for his investigation...", the AG submitted.

"Even if a client is there, the proviso saves this information (from exemption from disclosure)", observed Justice Mishra.

Indicating section 91 of the Cr. P. C., the AG said that the court could summon any document or other thing if considered necessary or desirable.

Relying on section 162 of the Evidence Act (a document summoned has to be produced notwithstanding any objection to its production or admissibility), SCBA President Rakesh Khanna also argued that the court has the power to direct the production to decide whether privilege can be claimed or not.

"To decide whether it comes under 126 or not, we have to see that information", agreed Justice Mishra.

"Our power to inspect the document is not doubted in any case", added Justice Rohinton Nariman.

Next, Senior Counsel Indira Jaising, appearing in person, reiterated her concern regarding an overlap between the present enquiry and the in-house enquiry into the allegations of sexual harassment levelled by a former Supreme Court employee against the CJI.

She indicated the order passed yesterday by the bench where it recorded that "(Bains's affidavit) is to be kept in a sealed cover in total confidentiality, as it contains highly sensitive information pertaining to the alleged conspiracy, according to him, to frame Hon'ble The Chief Justice of India into a case of sexual harassment".

"He has said so in his affidavit. We can't do anything. We are confining ourselves to what he stated", reflected Justice Mishra.

"My Lord says that the two (inquiries) are distinctive", noted Justice Nariman.

"Don't worry, we will clarify it", assured Justice Mishra.

"Because of the proceedings on Saturday, (when) the harassment was denied, that becomes the subject of inquiry. Your Lordships must not go into the allegations (of the woman employee) or the defence that any person may have in the inquiry. If it becomes the subject of this inquiry, then the two inquiries may be done together", ventured Ms. Jaising.

"Your concern is baseless. We are not on what she says and if she was harassed. Whether any person has contacted him in order to frame the CJ, whether two employees of this court or some middlemen are involved, we want to see that part...about the so-called fixers...that part is more serious...these are very serious allegations...that a bench-fixing procedure was adopted and having failed in it, some fixer is roaming around sending someone to an advocate...", weighed in Justice Mishra.

"You are not understanding. You don't know the exact facts", said Justice Mishra.

"Because they are in a sealed cover. And we don't want to know right now. Your Lordships have said you will tell at the appropriate stage", replied Ms. Jaising, repeating that the inquiries be conducted together and simultaneously.

"If the allegations are proved, this won't be a defence. The advocate is not saying the woman came to him. Only Ajay came to him who he doesn't know...We are totally with you on this issue. We say this with the full sense of responsibility", reassured the bench.

"I have reconfirmed that he (Bains) entered the Supreme Court in a car without a sticker! This could have happened with the authority of the registry and the control room. There is a procedure prescribed by law for an entry without a sticker. Definitely someone in the registry phoned the gate! Please investigate the credentials of Mr. Utsav Bains! He is the person who has approached the court! Is he coming to the court bonafide and with clean hands?", pressed Ms. Jaising.

"Let him say that he is not a member of the Supreme Court Bar Association!", she insisted.

At this point, Solicitor General Tushar Mehta suggested an investigation by a SIT-

"Your Lordships are seized of allegations by the petitioner that there is a larger conspiracy against the administration of justice...", he began.

"You are the Solicitor General of India! You are provoking us to speak! We are not inclined to say anything but now listen! So many things are going on! There are serious allegations that need to be probed. The Supreme Court cannot be run by money power or political power. We are in anguish as to how it is being treated in the last three-four years! It is your people's institution, not ours- we come and go...It will die...It will not survive! Systematic attempts are being made! So many things have not come out so far! Nobody knows the truth! The people of this country must know the truth! This cannot go on like that!...Remote control?! This organisation, that organisation?! This control, that control?! Letter-writing in pending matters?! The powerful of the country feel they can run the country?!"

"This is not the right time...we can't mention also...people are trying to manage the registry by money power?! When somebody tries to improve things, he is killed?! Maligned?!- 'If you take an action, we will malign you worse?!'", continued the judge passionately.

"Keep the government out of it! They have no role in these allegations! Please keep the enquiry to yourself! They have a vested interest in it!", urged Ms. Jaising.

"Parasaran, Nani Palkhivala, Fali Nariman, the AG have made this institution! Now we hear news of bench-fixing? It must go! Everyday, there are wrong practices in this court! Only 3-5 % people are bringing a bad name! Don't provoke us any further!", commented Justice Mishra.

"The conspiracy may involve other than those named...", the SG persisted.

"We are not commenting on any issue. The day has come when we have to rise and tell the rich and powerful that you can't do this! You are playing with fire! We don't want to take names but everybody tries to influence every time there is a big matter! Letters are written in pending matters! Books are printed! And these are people for whom senior advocates are appearing! Whenever big persons are involved, this happens in this court!", said Justice Mishra.

"A message has to be sent to the country that the court is not vulnerable...", the SG attempted to persuade the bench.

"We will see as to an independent inquiry. Leave it to us", strongly observed Justice Mishra.

The bench then declared that it shall pronounce its order at 2 PM.