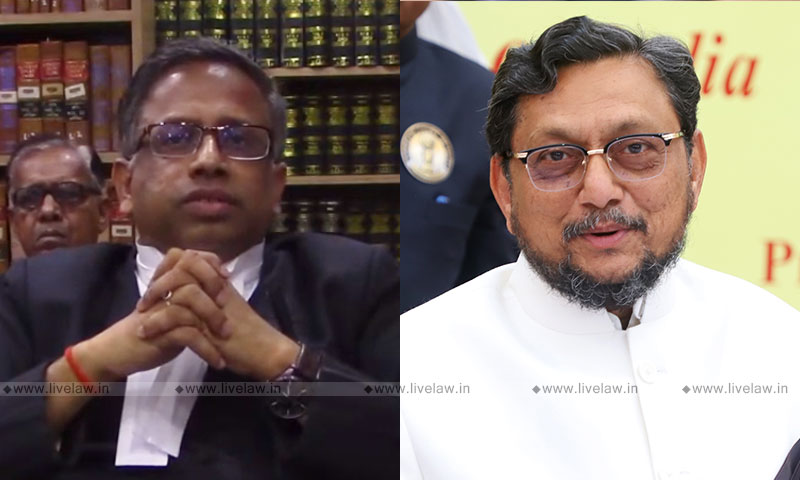 The hearing in the case relating to the Andhra Pradesh government's decision to implement English as the compulsory medium of instruction in government schools witnessed some interesting exchanges between Senior Advocate K V Viswanathan and Chief Justice of India, S A Bobde.Those who have studied in vernacular medium find it difficult to argue in the Supreme Court, submitted...

The hearing in the case relating to the Andhra Pradesh government's decision to implement English as the compulsory medium of instruction in government schools witnessed some interesting exchanges between Senior Advocate K V Viswanathan and Chief Justice of India, S A Bobde.

Those who have studied in vernacular medium find it difficult to argue in the Supreme Court, submitted Vishwanathan, appearing for the Government of Andhra Pradesh in the Special Leave Petition challenging the AP High Court's judgment quashing the decision to convert all classes from I to VI as English Medium.

He made the submission to highlight his argument that English education is necessary for advancement in life and opportunities.

"When you study in vernacular, you cannot appear in the Supreme Court, unless you have the fancy of expression", Vishwanathan submitted.

Interjecting him at this moment, Solicitor General of India, Tushar Mehta, said, "You are pitching it too high Mr .Vishwanathan. To say that persons who have studied in vernacular are in islands of isolation is something which is uncharitable".

Replying to this, Vishwanathan said :

"Without sounding to be autobiographical, I come from a place 40 kilometers off Coimbatore. I have friends who have studied in vernacular medium who cannot come and practice here(Supreme Court). Because, they first think in vernacular, translate and utter, and by the time the miscellaneous matters will be over".

Objecting to this, Senior Advocate Gopal Shankaranarayanan, appearing for the respondent, said that Justice Ramasubramanian(part of the bench) himself studied in Tamil medium throughout.

"Several honorable judges adorning the bench have studied in the vernacular medium", added the Solicitor General.

The CJI commented that the example given by Vishwanathan was "wholly inappropriate".

"You are giving an example which is wholly inappropriate. You are painting a picture of a student who studied school in Telugu being unable to argue a matter before the Supreme Court", CJI said.

Vishwanathan clarified that he meant that they may not be able to argue at par with others who have studied English medium.

"After school, and by the time an advocate comes to the Supreme Court, there is a lot of learning period during which one can learn not only English but also the art of public speaking", CJI said.

"For foundation, it is important that a child learns in the mother tongue", CJI replied.

CJI commented that India is the only country where education starts in a foreign language other than the child's mother tongue. In most countries, such as Russia, China, France etc, the medium of instruction is the mother tongue, he added.

The CJI told Vishwanathan that he personally agreed with him on the importance of English, but there are divergent views among experts on what should be the ideal medium of instruction.

Vishwanathan submitted that the High Court took an erroneous view that the choice of Telugu medium has been completely taken away. On the contrary, the government is giving only an additional option of studying in English medium, he said.

This is in accordance with the Constitution Bench judgment in Pramati Educational and Cultural Society vs Union of India(2014), which held that parents should be given the option to choose the medium of instruction for their children, he further submitted.

He added that the Right to Education Act does not insist that teaching should be in mother tongue and only says it may be done "as far as practicable".

He stressed that the HC decision will cause great prejudice to the poor and weaker sections of the society who are desirous of getting English education. 96% of the parents wanted English Medium, he said, referring to certain statistical surveys.

On these grounds, Vishwanathan pressed for a stay on the April 15 judgment of the High Court.

The bench, also including Justices AS Bopanna and V Ramasubramanian, agreed to consider the stay application next week.

"The decision of the Government, converting the medium of instruction from Telugu to English medium from Standards I to VI or I to VIII as the case may be, en-bloc, is against the National Policy, on Education Act, 1968 and various other reports, therefore, it cannot be accepted, hence, the impugned G.O, is deserves to be set aside"