Persons With Disabilities Have Right To Reservation In Promotions : Supreme Court 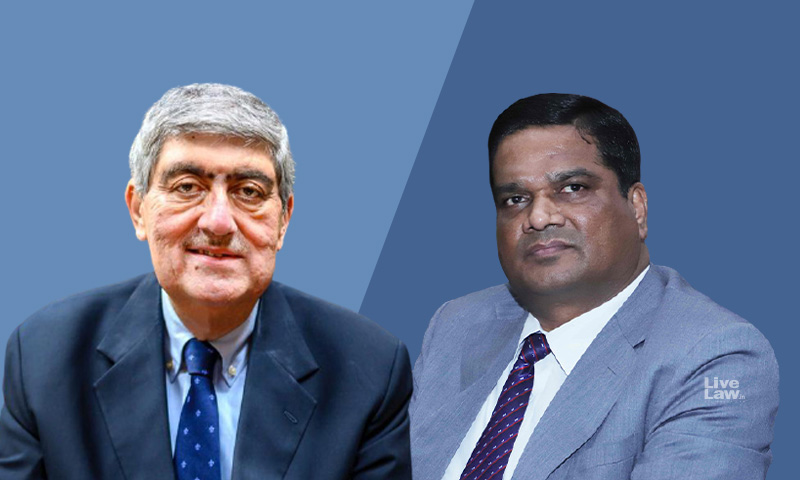 The Supreme Court on Monday held that persons with physical disabilities have right to reservation in promotions also.A 2-judge bench comprising Justices Sanjay Kishan Kaul and R Subhash Reddy held so dismissing an appeal filed by the State of Kerala against a judgment of the Kerala High Court(State of Kerala vs Leesamma Joseph).The Supreme Court said that the High Court judgment was...

The Supreme Court on Monday held that persons with physical disabilities have right to reservation in promotions also.

A 2-judge bench comprising Justices Sanjay Kishan Kaul and R Subhash Reddy held so dismissing an appeal filed by the State of Kerala against a judgment of the Kerala High Court(State of Kerala vs Leesamma Joseph).

The Supreme Court said that the High Court judgment was "salutary" and did not require any interference.

Further, the Supreme Court directed the Kerala Government to implement reservation in promotion for disabled within 3 months.

The bench followed a judgment delivered by a 3-judge bench in January 2020 in the case Siddaraju vs. State of Karnataka which held that the rule of no reservation in promotions as laid down in Indra Sawhney case has no application to Persons With Disability (PWD). In Siddaraju,  a bench comprising Justices RF Nariman, V Ramasubramanian and Aniruddha Bose was considering a reference which doubted a view taken in Rajiv Kumar Gupta & Others v. Union of India & Others – (2016) 6 SCALE 417. The bench in Rajiv Gupta, in the context of Persons with Disabilities (Equal Opportunities, Protection of Rights and Full Participation) Act, 1995 had noted that there is no prohibition against reservation in promotion for Persons With Disabilities. The bench in Rajiv Gupta said that the principle in Indra Sawhney & Others v. Union of India & Others – (1992) Supp. 3 SCC 215 against reservation in promotions will not extend to PWDs.

In Siddaraju, the 3-judge bench upheld the view taken in Rajiv Gupta that persons with disability have right to promotion in reservation.

The original petitioner, Leesamma Joseph, was appointed as a typist/clerk in Police Department in 1996 on compassionate grounds as her brother had passed away while in service.

The Kerala Administrative Tribunal rejected her plea sating that the rule of Recruitment in the State of Kerala, General Rules and other orders issued by the Government under Section 32 of the 1995 Act did not provide for any reservation in promotions.

The High Court had ordered :

"The applicant should be considered for her promotion based on the disability at the time when her claim originally arose; subject to her seniority with reference to the other physically challenged candidates entitled to such reservation. She also should be given the notional benefits of her promotion from the date she is found entitled. If the petitioner has not superannuated then she shall be given promotion within one month from today and all her monetary benefits shall also be given to her from that date and even if not promoted, from the date of expiry of one month from today. If the petitioner has already retired, on the basis of the notional pay, her last pay drawn shall be reckoned and her pension fixed in accordance with that"

While approving the High Court judgment, the Supreme Court held :

A key argument raised by the State of Kerala in its appeal before the Supreme Court was that the candidate cannot be given reservation in promotion as she was appointed on compassionate grounds and not in PwD quota.

The Supreme Court rejected this argument by saying that to accept it would be discriminatory and violative of the mandate of the Constitution.

"Once the respondent has been appointed, she is to be identically placed as others in the PwD cadre. The anomaly which would arise from the submission of the appellant-State is apparent - a person who came in through normal recruitment process but suffers disability after joining service would on a pari materia position be also not entitled to be considered to a vacancy in a promotional post reserved for a PwD. This is the consequence if the entry point is treated as determinative of the entitlement to avail of the benefits", the Court observed.

Mode of recruitment immaterial for asserting rights under the PwD Act.

Even if the person is appointed on compassionate grounds, that is not a reason to deny reservation benefits available to a PwD.

"Source of recruitment ought not to make any difference but what is material is that the employee is a PwD at the time for consideration for promotion. The 1995 Act does not make a distinction between a person who may have entered service on account of disability and a person who may have acquired disability after having entered the service. Similarly, the same position would be with the person who may have entered service on a claim of a compassionate appointment. The mode of entry in service cannot be a ground to makeout a case of discriminatory promotion", the judgment authored by Justice Kaul said.

The Court noted that the 2016 Act has now taken care of how to deal with the aspect of reservation in promotion. Nevertheless, the Court said it propounded the aforesaid views as many cases may still arise under the 1995 Act.

The Court placed on record its appreciation for Gaurav Agrawal, amicus curiae who assisted the Court on behalf of the respondent.

Title : State of Kerala and others vs Leesamma Joseph