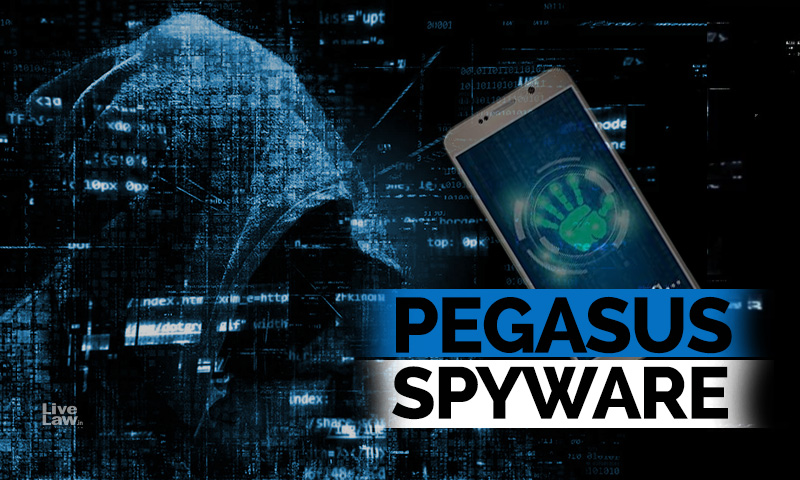 Serial PIL litigant Advocate ML Sharma has filed a writ petition in the Supreme Court seeking a court-monitored probe by a Special Investigation Team into the reports of alleged snooping by government agencies using Israeli spyware Pegasus over journalists, activists, politicians etc.Sharma is known for rushing to the Supreme Court with PILs in sensational matters such as Rafale deal,...

Sharma is known for rushing to the Supreme Court with PILs in sensational matters such as Rafale deal, Article 370, Hyderabad police encounter etc. In 2018, the Supreme Court had imposed a cost of Rs 50,000 on him for filing a frivolous PIL against the then Finance Minister Arun Jaitley.

In 2019, the Supreme Court had pulled up Sharma for filing a shoddily drafted petition challenging the revocation of the special status of Jammu and Kashmir. Recently, he had filed a petition challenging the three controversial farm laws. Also, in April he filed another PIL seeking a fresh probe into the Rafale deal in the light of reports about French investigation against Dassault. Sharma had created headlines in 2013 with his controversial remarks blaming the victim in the gruesome Nirbhaya gangrape-murder case, as a lawyer of one of the accused.

Sharma's present PIL on the Pegasus issue lists the Prime Minister of India Narendra Modi  and the Central Bureau of Investigation as the respondents.

The PIL raises the following issues :

"a) Whether Constitution allows Prime Minister and his minister sto snoop citizen of India for their vested political interest?

c) Whether snooping of common citizen of India, opposition leaders, judges of the judiciary and others do not attract an offence S.3 of the O.S. Act of 1923 as well as u/s 65, 66 & 72 of the Information technology act 2000 couple with Violation of Article 21(Sic)".

It is mentioned in the PIL that when the Pegasus allegations surfaced for the first time in 2019, the then IT Minister Ravi Shankar Prasad did not expressly deny whether India Government has availed the services of Isreali company NSO for using Pegasus spyware.

According to a report of The Wire, the woman staffer who raised the sexual harassment allegations against the former Chief Justice of India Ranjan Gogoi and some of her family members were listed as the potential targets of Pegasus snooping. 40 Indian journalists, political leaders like Rahul Gandhi, election strategist Prashant Kishore etc are reported to be in the list of targets, as per The Wire.