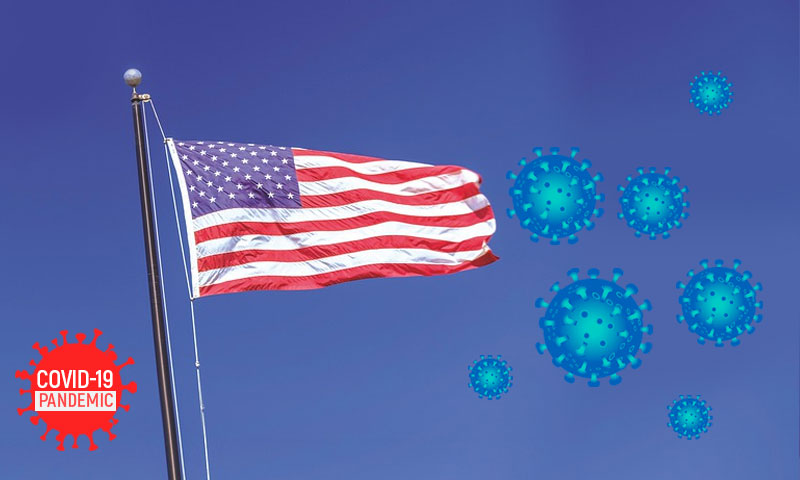 In wake of the drastic increase in COVID-19 cases in the United States of America (US), a Public Interest Litigation (PIL) has been filed in Supreme Court seeking directions to the Government to organise special flights and formulate specific evacuation measures to airlift distressed Indian citizens from there. While agreeing that the nationwide lockdown is desirous to control the spread...

In wake of the drastic increase in COVID-19 cases in the United States of America (US), a Public Interest Litigation (PIL) has been filed in Supreme Court seeking directions to the Government to organise special flights and formulate specific evacuation measures to airlift distressed Indian citizens from there.

While agreeing that the nationwide lockdown is desirous to control the spread of the novel Corona virus within the Indian territory, and also lauding the action taken by the government to manage the pandemic, the petitioners contend that the blanket travel ban and the air-space lockdown imposed on all international flights has aggravated the distress of Indian citizens in US.

The petitioners stress that they do not intend for the Court to interfere with policy matters chalked up by the government, and nor do they pray for the air space ban to be set aside. However, what they seek is evacuation of Indian citizens who have approached various consulates or helplines with their grievances, on a case to case basis. "The Petitioners are seeking the Government to discharge its moral and legal obligations on humanitarian grounds".

Filed by Senior Advocate  Vibha Datta Makhija and Advocate Kashish Aneja, the petition seeks the indulgence of the Court to ensure that the Centre factors in the plight of Indian citizens in foreign jurisdictions and accordingly formulates a streamlined method to evacuate the distressed. To this end, it has been emphasised that all Indian citizens are entitled to protection of the Government, not just one section on account of being in a particular region of the world. The plea asks the Court "to compel the government to perform its constitutional, and domestic and international legal duties in not acting arbitrarily and discriminatorily against one section of its citizens, who are as much entitled to the protection of the government, as the other citizens of the country."

The Petitioners go on to suggest the following factors, based on which such evacuation activities could be conducted in a phased manner-

· Assessing high-risk zones to determine vulnerability, and giving Indians in those areas priority

· According to visa statuses, those whose visas have expired or are on the verge of expiry could be evacuated on priority

· Priority on the basis of level of distress, be it economic distress, psychological, lack of shelter, need for medical attention, age consideration or any other concerns

It has been further submitted that there is no violation of foreign law or any impediment in international law if the government decides to evacuate its citizens. On the contrary, it is asserted, international treaties and protocols obligate other governments to assist such an endeavour of phased evacuation.

The plea is substantiated by taking the example of government action to evacuate Indian citizens from high-risk zones in Wuhan, Italy and Iran. Placing reliance on the same, it is argued that such action is discriminatory against citizens in New York and California, where the acutest effect of the Pandemic can now be seen, as the government is obliged to evacuate all citizens from high-risk zones under Sections 35 and 36 of the Disaster Management Act, 2005.

The petition also details visa rules applicable in US, which are usually temporary in nature, to highlight the plight of many Indians who may face severe consequences if their visas expire. In addition to this, it is stated that government authorities, including a recent announcement by PM Modi have indicated towards an extension of the lockdown. Apropos this, there is great uncertainty regarding the status of extending expired visas of Indian citizens who, upon expiry of their visas, would be declared "illegal immigrants" and be liable to legal action. Hence, it is argued, urgent steps for relief must be considered.