CBSE Class XII : PIL In SC Seeks Declaration Of Results Based On Internal Exams And Cancellation Of Exams Proposed In July 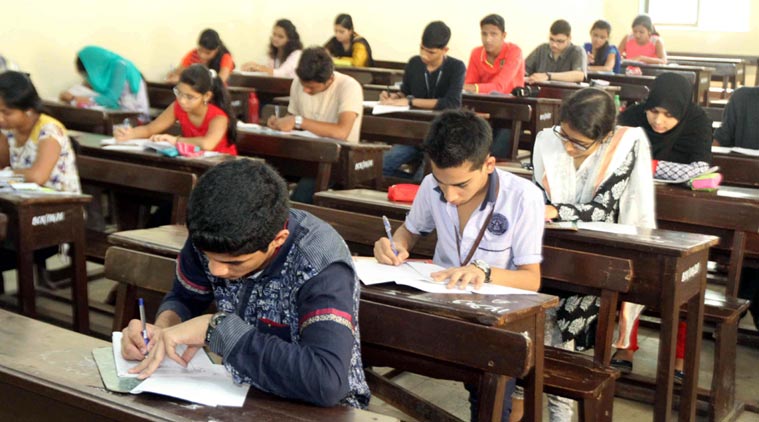 A PIL has been filed in Supreme Court seeking directions to the Government and Central Board of Secondary Education (CBSE) to cancel the remaining Class 12 examinations which were rescheduled on account of the COVID-19 outbreak and are to be held from July 1. Referring to the decision to conduct remaining examinations from July 1 to July 15 as arbitrary, it has been urged that...

A PIL has been filed in Supreme Court seeking directions to the Government and Central Board of Secondary Education (CBSE) to cancel the remaining Class 12 examinations which were rescheduled on account of the COVID-19 outbreak and are to be held from July 1.

The petition, on behalf of an Advocate practicing in the Allahabad High Court, alternatively seeks a a direction to conduct the remaining Class 12 examinations before the second week of June. It has been prayed that under all circumstances, the Results of the Class 12 examination must be declared before June 30.

The petitioner apprises Court of the deadline for students to submit their Class 12 Results in most foreign universities, which is around July 1, as it enables them to initiate the process of obtaining a visa which typically takes 3-4 weeks. This much time is required as the Semester begins around mid-August in most Universities.

However, informs the petitioner, if the remaining CBSE examinations for Class 12 are carried out as informed by the Government, between the 1st and 15th of July, then the results are not likely to be announced before the first week of August. In such a scenario, "tens of thousands of students from all around India", who spent two years preparing for international examinations, and have received offers from renowned Universities would have their hard-work nullified and dreams taken away since they are required to submit their Class 12 results to secure admission, claims the Petitioner.

"The hopes and dreams of these students of attending the world's top-most universities are being dashed to the ground because of the arbitrary decision of the Government of India and the CBSE to hold the remaining Class 12th Examinations between 01.07.2020 and 15.01.2020 and thereafter declaring the results of Class 12th. Examinations in late July or August, 2020 and further it would amount to mental harassment of these qualified students and would amount to denying them a successful career and more so the course of their entire life may be adversely effected because of the arbitrary decision of CBSE.

…it would be a travesty of justice, if students who have worked hard for several years and have been selected in the world's top-most international universities are unable to attend the same, only because the declaration of the CBSE Class 12th result are delayed merely by a few weeks after their deadline to submit the same, and more so when several state Boards are declaring there Class 12th results on or before 30.06.2020."

It has further been alleged that the lives of more than 25 lakh students is being jeopardized by the decision of Government of India / CBSE to conduct examinations in July, 2020 while the spread of COVID-19 is on the rise. Claiming that cases are much more currently, as compared to earlier when the examinations were postponed, the petitioner states that students will suffer an irreparable loss because the Government and CBSE is adamant in conducting the remaining examinations without considering all relevant factors.

It is claimed that there is no way to be sure that the postponed examinations may not be further postponed, or cancelled by CBSE in view of the situation not improving. But if such a decision is taken around the end of June, it will be of no help to students.

"…there is no surety that the COVID-19 situation is going to get better by July, 2020 and it is a serious possibility that in fact the situation may worsen by then, as predicted by several medical experts including the Director, All India Institute of Medial Sciences, New Delhi…even if it is decided by CBSE in end-June or early July not to conduct the examinations or to conduct the same at some further later date, due to the COVID-19 epidemic not subsiding by then, then too it would be too late for the students who had secured admissions in International Universities."

Citing Government orders allowing commercial activities to begin with proper precaution, and averring to the CBSE's earlier notification regarding observing social distancing norms while conducting examinations, it is urged that if examinations must be conducted, it is preferable to do so at the earliest, since the situation will only deteriorate and precautionary measures would remain the same.

"…the CBSE on earlier occasion vide Notification dated 13 .03.2020 had already directed that social distancing norms be observed during the examinations, as such it is not fetched to expect that CBSE may easily direct the examination centres to conduct the same during the present circumstances while observing social distancing norms. More so, since the Government of India has allowed various commercial and industrial activities, with directions to observe the prescribed precautions as notified by the Government of India. In fact ALL the Government, Semi-Government, Local Bodies, etc. offices have been directed to be opened with 33% staff, while observing the prescribed precautions."

Another plea has been filed by a group of parents from Delhi-NCR against the CBSE decision to conduct remaining exams in July.