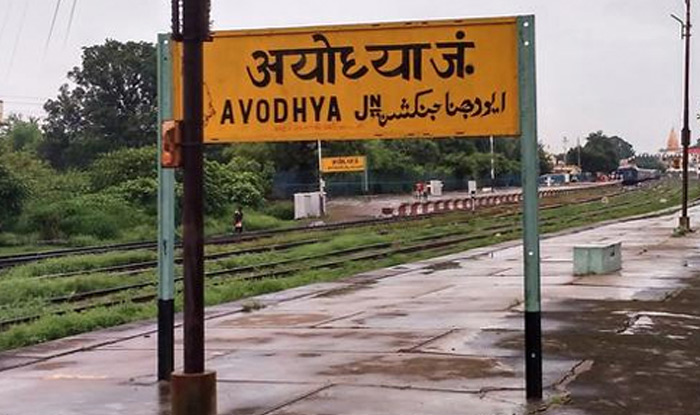 A Public Interest Litigation (PIL) has been filed in the Supreme Court seeking directions for the Centre to create a Trust, comprising of members from the Union and State Government of Uttar Pradesh belonging to the Sunni Muslim community, to oversee the construction of a Mosque in Ayodhya. Filed by advocates Shishir Chaturvedi and Karunesh Kumar Shukla, the petition urges Court...

A Public Interest Litigation (PIL) has been filed in the Supreme Court seeking directions for the Centre to create a Trust, comprising of members from the Union and State Government of Uttar Pradesh belonging to the Sunni Muslim community, to oversee the construction of a Mosque in Ayodhya.

Filed by advocates Shishir Chaturvedi and Karunesh Kumar Shukla, the petition urges Court to direct the Central Government to set up such a Trust to ensure the effective implementation of the Judgment in the Ayodhya land dispute case, whereby 5 acres of land was allotted to the Sunni Central Waqf Board for the construction of a Mosque.

Thus, they pray "for issuance of direction to the Central Government to create a trust consisting of nominees of the Central and State Government belonging to Sunni Muslim Community for proper administration of the land and construction to be raised over 5 acres land allotted to U.P.Sunni Central Waqf Board in pursuance of judgment and order dated 9.11.2019 in famous Ayodhya dispute case".

The petitioners argue that in order to ensure peace and tranquillity, there must be proper management and utilization of funds as well as the property allocated towards the construction of the Mosque.

The petition further highlights that pursuant to the judgment dated 9.11.2019, the Centre created a 'Shri Ramjanmabhoomi Teerth Kshetra" trust for the administration of construction of the Ram Temple. A trust deed was executed and the land was then handed over to the trust to oversee construction of the temple.

Drawing a parallel, the petitioners inform Court that the UP Government has allocated 5 acres of land to the Waqf Board which has in turn declared the establishment of a trust under the title of 'Indo Islamic Cultural Foundation'. This trust has been created with the purpose of looking into the construction of the Mosque along with other facilities at the allocated land.

However, they argue, there is no provision regarding the nomination of Central Government officers to this trust, unlike what the Centre provided for in terms of the trust to oversee the Ram Temple construction.

Elaborating on this, the petitioners claim that it is necessary for the government to be kept abreast with all relevant information about the manner in which the trust is going about carrying out its functions.

As the Mosque is constructed, and related facilities are made accessible to the public, it will attract donations and there will be money flowing in from people from across the world. Thus, argue the petitioners, to maintain harmony and public order, it is essential that there are no malpractices and mismanagement within the trust.

"It is expected that hundreds of persons will visit at the site of 'Islamic Trust' and it will get contributions from within India and also from foreign countries.

It is in public interest that the Central Government and the State Government may have all relevant information about the working of the trust to maintain public order and to ensure that no malpractices take place and the funds are not mis-utilised or misappropriated by any trust."

Thus, pray the petitioners, it is of essence that the Centre makes provisions by which members of the Government are nominated to the trust monitoring the construction of the mosque in the same manner as it did with the Ayodhya Teerth Kshetra Trust.