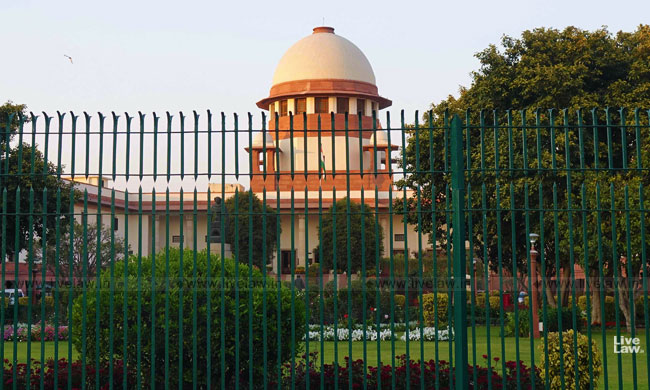 Public Interest Litigation (PIL) to declare "Paid News & Fake News" as corrupt practice under Section 123 (4) of the Representation of People Act, 1951 has been filed before the Supreme Court of India. Petitioner has also sought a declaration that the phrase 'other similar apparatus' in Section 126 (1)(b) of the Representation of People Act, 1951, includes Radio, Newspaper,...

Public Interest Litigation (PIL) to declare "Paid News & Fake News" as corrupt practice under Section 123 (4) of the Representation of People Act, 1951 has been filed before the Supreme Court of India. Petitioner has also sought a declaration that the phrase 'other similar apparatus' in Section 126 (1)(b) of the Representation of People Act, 1951, includes Radio, Newspaper, Web and Social Media.

Petition has been filed by Ashwini Kumar Upadhyay, advocate and socio-political activist, in the large public interest.

Petition reads that the facts constituting cause of action accrued on 12.03.2015 and on a subsequent day, when Law Commission submitted its 255th Report to the Government, in which it suggested various measures to ensure free and fair election. However, the Government and Election Commission of India did nothing to implement it.

Petition, amongst other things, pegs its basis on the fact that the right to know is an integral part of Article 19 of the Constitution and the right to have accurate information is a necessity for electors in making an informed choice. But, Paid and Fake News has a tendency to influence that choice in a negative manner, thereby causing injury.

Petitioner has contended that "Right to know" is included within the ambit of Article 19(1)(a) of the Constitution and the knowledge and information people receive enable them to form opinions. It says that the Paid News, Fake News and political advertisements form a deceptive pool of knowledge and information and the trust/confidence of electoral demographic that democracy enjoys will soon be lost, if Paid News, Fake News and political advertisements remain unattended and become new norm.

Highlighting the importance of news reports, Petition further says that News Reports carry great intrinsic value as tools of information. The Paid News and Advertisements masquerading as news are harmful to the choices they inform. These are the choices people make for the democratic functioning of a country. They are false, defamatory and lead to choices that are made on the foundation of misinformation and malice.

Supporting its contentions with the recommendations of Press Council of India, Petition reads "The Press Council of India has also recommended that Paid and Fake News be treated as a corrupt practice. Paid news and political advertisements can hardly be distinguished anymore, when Paid/Fake News is indirect means of achieving the motive of a political advertisement. It even emphasized on the distinction between News and Advertisements, since the line often gets blurred."

Emphasizing on "free and fair elections" as the foundation of the modern day democracy, petition says that same can only be assured if money power stops influencing democratic processes. Relying on statistics, it says that according to a study conducted by the Election Commission, during the State Assembly elections held between 2011-2013, there were 1987 cases wherein notices for Paid/Fake News were issued to contesting candidates and 1727 cases wherein the practice of Paid and Fake News being prevalent was confirmed by the District Level Committees appointed for the purpose.

Petition augurs the 255th Report of Law Commission of India sharing view similar to Election Commission of India and recommending expansion of the scope of Section 126 of the Representation of People Act, 1951 to include all formats that can accommodate Paid News, Fake News and political advertisements, especially in the new digital age, where there is no real difference between the reach and impact of various forms of information platforms.

Petition further says that Paid News and political advertisements are never explicit, but rather underhand ways of achieving hidden agenda to arm twist election matters. Section 126(3) of the RPA defines an "election matter" as any matter intended or calculated to influence or affect the result of an election. Thus, Paid/Fake News and political matters with their potential to stealthily manipulate electoral process, surely fits the agenda of S.126 of the Representation of People Act. It reads:

"Looking at the way both the print and electronic media have developed and built an interactive relationship over the last few decades, the scope of Section 126 ought to be [widened] keeping in mind the multiple scenarios that arise. However, due to statutory limitations for contemporary times fuelled by lack of foresight and clarity, political parties and candidates not only make house-to-house visits, but also issue advertisements and paid news in newspapers during this period, also including the day of poll."

Petitioner has prayed for many directions from the Apex Court which are as follows:

a) direct and declare that the phrase 'other similar apparatus' in Section 126(1)(b) of the Representation of the People Act 1951, includes Radio, Newspaper, Web Portals and Social Media;

b) direct and declare that publication of 'Paid News' and Political Advertisements during last 48 hours before the poll, is corrupt practice under S. 123(4) of Representation of People Act, 1951;

c) direct the Election Commission of India and Press Council of India to take appropriate steps to curtail 'Paid News' and 'Fake News' particularly when the Model Code of Conduct is in force;

d) direct the Government of India to ascertain the feasibility of linking AADHAAR with Facebook Accounts, Twitter Handles and Web News Portals in order to curtail Fake News;

f) take such other steps as this Hon'ble Court may deem fit and proper in facts and circumstances of the case and ensure free and fair election.