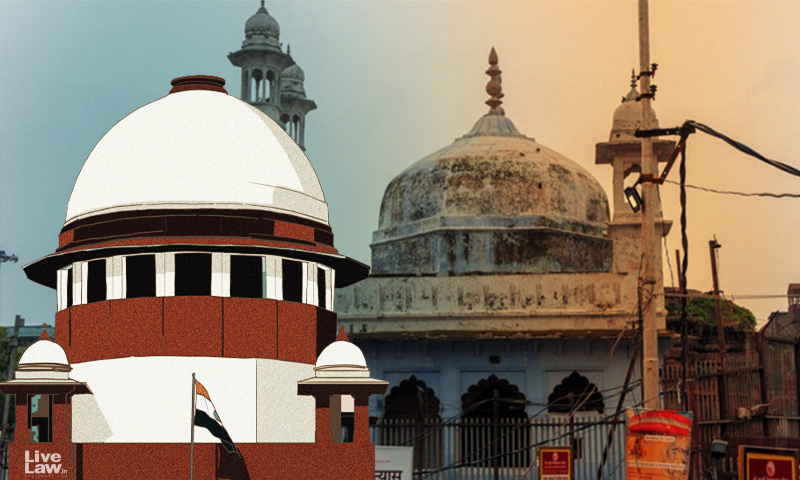 The President of the Hindu Sena, Vishnu Gupta, has moved the Supreme Court seeking directions for dismissal of the petition filed by Anjuman Intezamia Masjid Management Committee challenging the survey ordered by a Varanasi court in the Gyanvapi mosque-Kashivishvanath temple premises.

The present applicant has argued that the Gyanvapi Mosque Complex is exempted from the Places of Worship Act, 1991.

It has been submitted that the erstwhile Kashi Vishvnath Temple and Shringar Gauri Temple within the Gyanvapi Mosque Complex fall under the Ancient Monuments and Archaeological Sites and Remains Act, 1958, and therefore, are exempted from the Places of Worship Act, 1991, as per Section 4(3)(1).

While submitting that Mughal Emperor Aurangzeb destroyed the Vishwanath temple at the disputed site and built the Gyanvapi Mosque its place, the applicant has argued that the remains of the erstwhile temple can be seen in the foundation, the columns and at the rear part of the mosque.

In a significant development, a Varanasi Court today directed sealing of a spot in the complex after being told that a Shiva Linga was found inside the Gyanvapi Mosque premises by the court-appointed Advocate Commissioner during the survey.

It may be noted that a bench headed by Justice DY Chandrachud is scheduled to hear the petition tomorrow.

The Masjid Committee's lawyer, Senior Advocate Huzefa Ahmadi, had mentioned the petition before the Chief Justice of India NV Ramana on Friday (May 13) for urgent listing. When the senior counsel made an oral request for a status quo order against the survey, the CJI said that he was yet to see the files. On Friday evening, an order was passed in the case to list it before the bench of Justice Chandrachud.

The Court has appointed 2 more lawyers as commissioners to accompany Court commissioner Ajay Mishra for the survey and further, it has been ordered the Commission to submit a report by May 17before the court.

To read about the grounds of challenge in the appeal filed by the Masjid Committee, read this report.