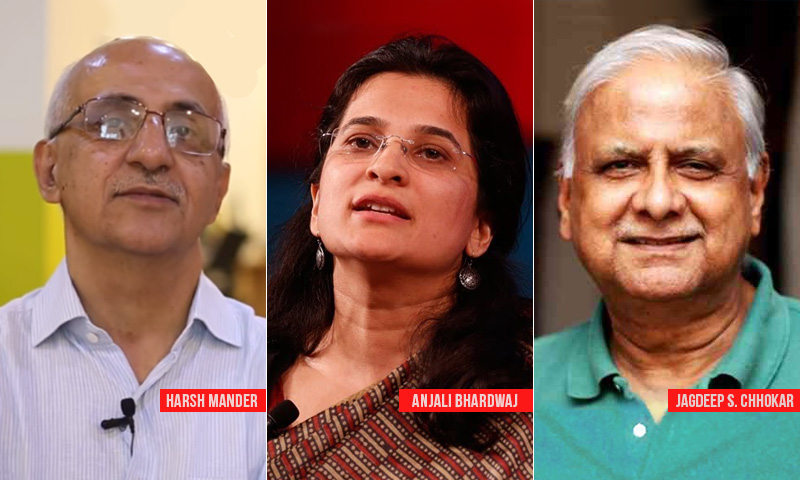 "The discontinuation of provision of free cooked food through shelters and relief centres is extremely concerning. Many migrant workers who have returned from their villages have not found employment or have only found part time employment, earning a fraction of the wages and therefore, are unable to afford shelter and food" An application has been filed before the Supreme...

"The discontinuation of provision of free cooked food through shelters and relief centres is extremely concerning. Many migrant workers who have returned from their villages have not found employment or have only found part time employment, earning a fraction of the wages and therefore, are unable to afford shelter and food"

An application has been filed before the Supreme Court, seeking extension of scheme for distribution of dry rations to migrant labourers/ needy persons under the Atma Nirbhar Bharat Scheme.

The intervention application has been filed in the suo moto case registered by the Supreme Court in view of the "problems and miseries of migrant labourers" who have been stranded in different parts of the country.

Under the Atma Nirbhar Bharat Scheme, announced in May 2020, the Central government had declared that it will provide 5 kg of food grains per person and 1 kg of pulses per family, free of cost, to 8 crore migrant workers for a period of 2 months, i.e., May and June 2020.

Through the present application, activist Harsh Mander, Anjali Bharadwaj, and Jagdeep Chhokar have sought extension of the scheme for further 12 months, in the face of "continuing food insecurity" of the migrants.

"The scheme for food security of migrant workers has not been extended beyond the 2 months, despite a declaration of National Disaster under the Disaster Management Act, 2005 still being in force and despite no measure of normalcy having returned in the country and in the lives of migrant workers. This is a violation of the right to food and right to life of crores of people and will cause further distress among migrant workers," the plea states.

The applicants further highlight that despite the scheme, the food grains and pulses reached only a fraction of those without rations cards due to problems with identification of beneficiaries and then in distribution by the States.

To remedy this situation, they have suggested that a proper "system for accountability" should be set up in each state.

"The Chief Secretaries of each state must be made personally responsible for ensuring that identification of migrant/stranded persons is completed in a time-bound manner and the full quota allocated to each state is distributed within 15 days. Further, a simple criteria for identifying the migrant workers should be used such as self-certification as insistence on cumbersome procedures or production of documents will exclude the most vulnerable and marginalized," they suggested.

Significantly, the applicants had sought intervention in the matter last month also. At the time, they had brought to the court's notice certain important aspects of the miseries being faced by migrant workers viz.:

Through the present application, they have urged the Court to direct the Central Government to extend its scheme of providing dry rations under the Atma Nirbhar Bharat Scheme for atleast the next 12 months or to ensure their inclusion under the National Food Security Act by issuance of ration cards.

They also seek continuation of the provision of free hot cooked meals through designated relief camps and shelters for atleast the next six months till December 2020.

Inter alia, they seek a direction upon the Union of India and the state governments to provide financial assistance to workers who were self-employed and those whose workplaces shut operations due to the economic hardships during lockdown, at the rate of 50% of prevailing minimum wages for a period of six months wef the commencement of the nation-wide lockdown.

The Application has been filed through Advocate Prashant Bhushan.