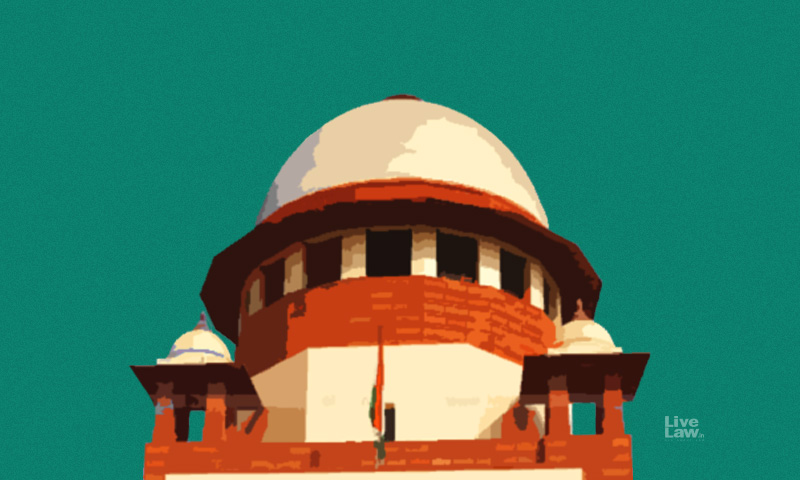 A PIL has been filed in the Supreme Court seeking issuance of directions for approval of Ethanol Vapour (or any suitable vapour therapy) for treatment of Coronavirus.The petition has sought directions to any of the stakeholders impleaded in the petition, vis-à-vis the Centre, World Health Organisation (WHO), Indian Council for Medical Research (ICMR) and/or Central Drugs Standar...

A PIL has been filed in the Supreme Court seeking issuance of directions for approval of Ethanol Vapour (or any suitable vapour therapy) for treatment of Coronavirus.

The petition has sought directions to any of the stakeholders impleaded in the petition, vis-à-vis the Centre, World Health Organisation (WHO), Indian Council for Medical Research (ICMR) and/or Central Drugs Standar Control Organisation.

Petitioner, Chandrasekaran Ramaswamy, in the instant case is an "independent inventor, writer and activist" who has worked on various important projects and contends that any of the Respondent(s) thus impleaded be given appropriate directions for "approval of Ethanol Vapor or any kind of suitable Alcohol Vapor Therapy for Covid 19 as a safe self medication for individuals who are having the very early symptoms of corona virus attack" .

It is averred that the usage of Ethanol Vapour and other suitable Alcohol Vapour Therapies are a a preventive treatment prior to the confirmation test and curtails and "kills" the effect of Covid19.

The petitioner also states that he had sent in detailed representation to respondents highlighting the aforementioned on April 3 and April 8 but no reply has come in.

Emphasising on the scientific basis of usage of Ethanol Vapour, the petitioner earmarks that it is not a new one in "the western medicine system" & that "inhalation of Vapour obtained by nebulization of water and ethanol in oxygen has been used in treatment of pulmonary edema in humans".

Furthermore, while drawing an analagy between the usage of hand sanitizers to kill Coronavirus, which contains 60% Alcohol, petitioner avers that he "hopes that the covid –19 virus which entered into the lungs could be killed by the alcohol vapor"

Apropos this, petitioner states that the ICMR & WHO be directed by Supreme Court to consider Ethanol Vapour for treatment so as to "minimise the loss of valuable lives of enormous people throughout the world at the earliest".

"That Petitioner states In fact I have suggested this methodology from my own experience by self experiments only. I have had used Ethanol vapor for my flu and common cold many times and got better recoveries since I did not receive the same from the applications of other medications including allopathy. So I strongly feel Ethanol vapor therapy could be useful not only for influenza and common cold viruses but also for other virus/bacterial/fungus infections in the respiratory system including Covid-19."

Furthermore, while "humbly proclaiming" that Ethanol is a "Universal Remedy" for many medicine oriented purposes and surpasses "complicated procedures" which may be expensive, the petitioner urges the adoption of its usage by concerned authorities and that "given the severity of illness, hospitalized and critically ill patients may also derive the most benefit from potentially effective therapies....Currently, there is hope for benefit from hydroxychloroquine, yet there is little evidence."
Petition has been drawn by Advocate C.R. Jaya Sukin and filed by Advocate Narender Kumar Verma.
TagsCoronavirus COVID 19 Clinical Trial #testing COVID – 19 Covid Treatment #PIL #Supreme Court
Next Story
Similar Posts
+ View more
Law Firms
+ More