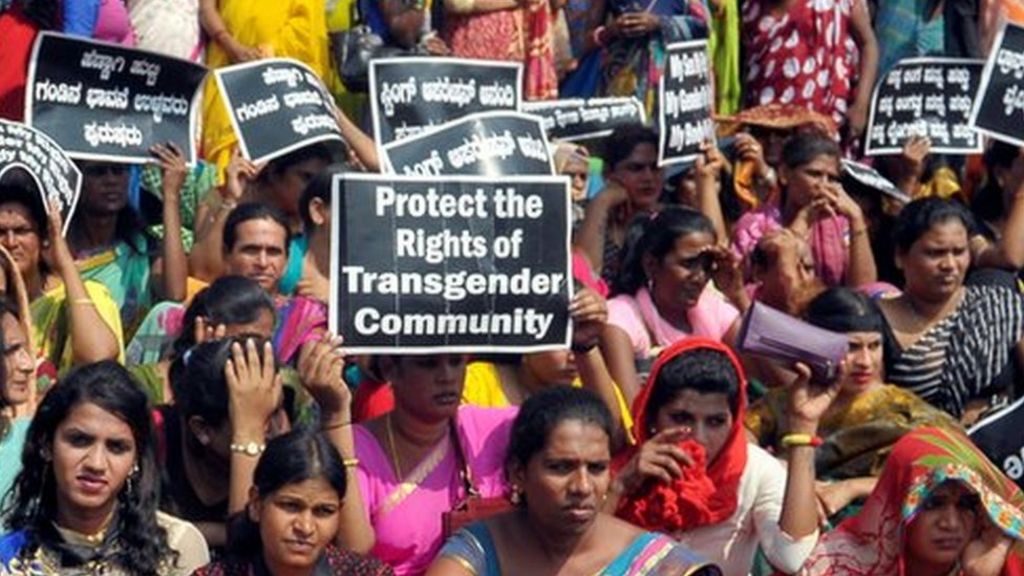 A plea has been preferred in the Supreme Court seeking equal protection of laws to the transgender community from sexual crimes in context of the Indian Penal Code. The plea states that there is no provision or section in the IPC which may protect the third gender from sexual assault by males/females and from other transgender and anti-discrimination laws are needed to safeguard...

A plea has been preferred in the Supreme Court seeking equal protection of laws to the transgender community from sexual crimes in context of the Indian Penal Code.

The plea states that there is no provision or section in the IPC which may protect the third gender from sexual assault by males/females and from other transgender and anti-discrimination laws are needed to safeguard the Transgender community.

Stating that clauses (i), (ii) and (iv) of sub-section (1) of Section 354A of IPC exclude victims of sexual harassment who are transgender persons, the plea states that the provision is challenged in the plea as being ultra vires Articles 14, 15 and 21 of the Constitution of India. In light of this, the petitioner, Advocate Reepak Kansal, has filed the petition to make appropriate modification / interpretation of sections of IPC, dealing with sexual assault to include transsexuals and eunuchs in its definitions.

"The Indian laws are for men and women and therefore, considering transgender neither men nor women, they generally could not get justice from the authorities due to lack of law / Act. The third gender, they are being deprived of many of the rights and privileges which other persons enjoy as citizens of this country. The State cannot discriminate them on the ground of gender, violating Articles 14 to 16 and 21 of the Constitution of India," Kansal states.

Resting on the epithets of Article 14 and 15 of the Constitution, the plea by Kansal states that the Articles do not limit the term "person" to just male and female.

Further, pointing to Article 21, the plea states that the "greatest and most inclusive constitutional provision is Article 21 states that no person shall be deprived of life or personal liberty except according to procedure established by law commonly understood as "Right to life" includes Right to live with dignity". In this context, it adds that "due to said sexual assault /hate crime, transgender could not live their lives with respect and dignity".

Kansal has made reference to the National Legal Services Authority v. Union of India (SCC 2014 5 SC 438) which granted recognition to the transgenders as "persons" under Article 14 of the Constitution.

"In-spite of declaring transgender people to be a "Third Gender" by this Hon'ble Court, there is no provision / section in the Indian penal code which may protect the third gender from the sexual assault by male/ female or another transgender," the plea states.

Further, the petitioner adds that statistics have documented that incidents of sexual violence against transgenders indicate shockingly high levels of sexual abuse and assault where one in two transgender individuals are sexually abused or assaulted at some point in their lives. Some of them have been sexually abused and assaulted while in jail and custody of the police,

"Sexual assaults can be perpetrated by any individual; however, it is particularly startling when professionals who are in "helping" roles abuse their power and sexually assault individuals they are supposed to be serving. Fifteen percent of transgender individuals report being sexually assaulted while in police custody or jail. The main reason is that there is no security of transgender and they put in jail with male convicted. There are no separate jails or wards or security to transgender" - Excerpt of plea

Moreover, it is averred that even though the Delhi Police had informed the Delhi High Court that all cases concerning sexual harassment against transgenders will now be registered under Section 354A of the Indian Penal Code which deals with "assault or criminal force to woman with intent to outrage her modesty", the statement given by Delhi Police before the Delhi High Court is not binding due to lack of proper enactment in law. "Secondly, it is not binding to police forces of other States in the country," adds the petitioner.

Furthermore, the plea stipulated that as India is a signatory to the Universal Declaration of Human Rights, the rights relating to life, liberty, equality and dignity of the individual guaranteed by the constitution or embodied in the International Covenants and enforceable by Courts of India.

".....this is implicit from Article 51(C) and the enabling power of Parliament to enact law for implementing international conventions and norms by virtue of Article 253 read with Entry 14 of the Union List in the Seventh Schedule to the Constitution," the plea reads.

In this context, the petitioner has sought a direction to the Centre to make appropriate writ, order or direction in the nature of mandamus directing the respondents to make appropriate modification / interpretation of Sections/ Provisions of IPC dealing with sexual assault to include transgender / transsexuals / Kinnar and eunuchs in the definitions.

Additionally, the plea prays for directions to make gender-neutral sexual harassment mechanisms, pass an Anti-Discrimination Bill that penalizes discrimination and harassment on the basis of gender, adopt and implement the UDHR as well as to frame guidelines to protect the fundamental rights of third gender by giving them equal protection before law till such time as the legislature to safeguard by protecting third gender from sexual assault.