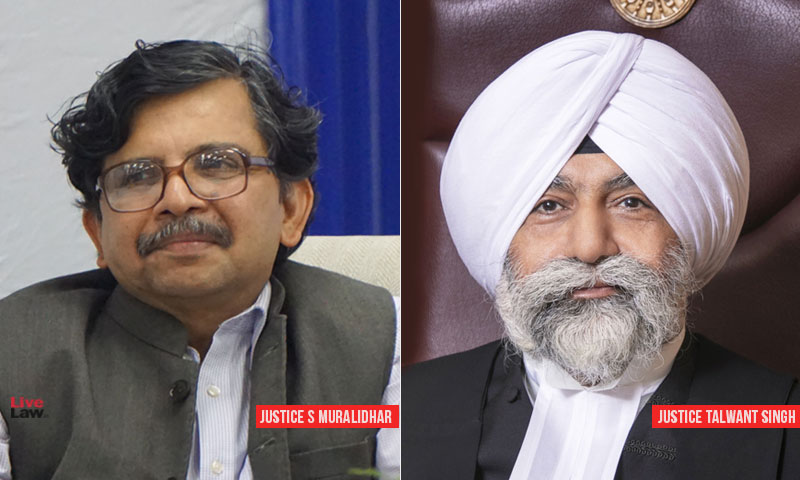 Delhi High Court has issued notice in a plea moved by social activist Harsh Mander seeking a Special Investigation Team to be constituted to inquire into the instances of communal violence which have engulfed parts of North Eastern Delhi.The Division Bench of Justice Muralidhar and Justice Talwant Singh has issued notice to the Commissioner of Delhi Police and have asked a police officer to...

Delhi High Court has issued notice in a plea moved by social activist Harsh Mander seeking a Special Investigation Team to be constituted to inquire into the instances of communal violence which have engulfed parts of North Eastern Delhi.

The Division Bench of Justice Muralidhar and Justice Talwant Singh has issued notice to the Commissioner of Delhi Police and have asked a police officer to be present during the hearing.

'We'll take up the matter at 12:30 today. A police officer who's versed with the facts of the situation is also directed to be present during the proceedings', the court ordered.

The case was mentioned before this Division Bench by Senior Counsel Colin Gonsalves as the Division Benches of Chief Justice DN Patel, and Justice GS Sistani, are not sitting today.

Earlier an emergency midnight hearing was held at today 12.30 AM at the residence of Justice S Muralidhar of Delhi High Court to hear a plea to ensure safe passage of victims injured in riots in North Eastern portions of Delhi.

Under the orders of the senior most available judge Jusitce G S Sistani(as CJ was not available), a bench comprising Justices R Muralidhar and Anup Jairam Bhambhani held sitting at Justice Muralidhar's residence at 12.30 AM.

Following the hearing, the Court ordered :

"The Court at this stage is primarily concerned with ensuring the safety of the lives of the injured and provide immediate medical attention that they require and for that purpose to ensure the safe passage of the injured victims to the nearest available government hospitals .The Court accordingly directs Delhi Police to ensure such safe passage by deploying all the resources at its command and on the strength of this order and to ensure that apart from the safe passage, the injured victims receive immediate emergency treatment, if not at the GTB Hospital, then at the LNJP Hospital or Maulana Azad or any other government hospital".

During the dictation of the order, the DCP (Crime) informed the bench that the police was in the process of evacuating the injured to the nearest hospital.

The Bench has also directed the Delhi Police to submit a status report of compliance, including information about the injured victims and the treatment offered.