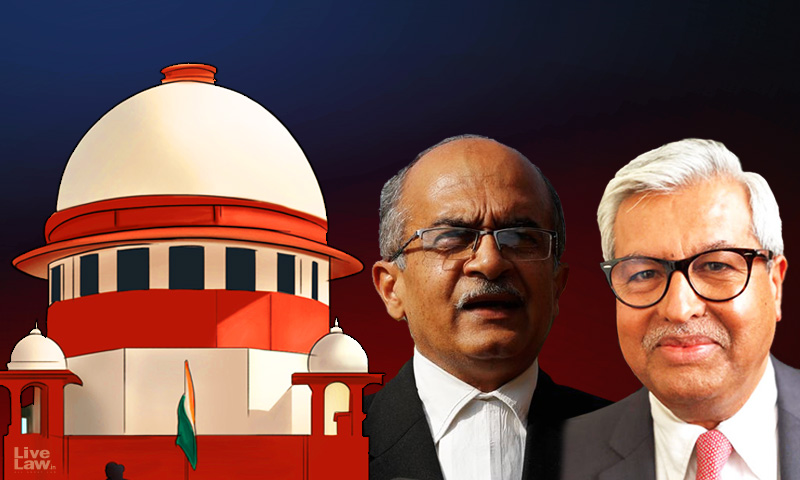 Sharad Datta Yadav, who filed a writ petition in the Supreme Court seeking to recall senior designation of Dushyant Dave for his submissions in Prashant Bhushan contempt case, filed an application seeking permission to withdraw the plea with liberty to approach the appropriate court.The withdrawal application is filed citing the reason that Dave was granted senior designation by the Gujarat...

Sharad Datta Yadav, who filed a writ petition in the Supreme Court seeking to recall senior designation of Dushyant Dave for his submissions in Prashant Bhushan contempt case, filed an application seeking permission to withdraw the plea with liberty to approach the appropriate court.

The withdrawal application is filed citing the reason that Dave was granted senior designation by the Gujarat High Court.

"However, after news concerning the writ-petition came in  various news portals etc, some advocates came forward and informed that Sh. Dve is a Senior Advocate designated by the Gujarat High Court hence the writ petition cannot be preferred before this Hon'ble Court (sic)", states the application seeking leave to withdraw the petition.

The application also seeks a direction that Dave should be asked not to appear before Justice R F Nariman on the ground that Dave, during his submissions in the Prashant Bhushan case, suggested a "greater excellence" for Justice Nariman vis-a-vis other judges.(During the hearing in the contempt case, Dave had asked why only certain judges were assigned with politically sensitive cases and why judges like Justice Nariman were not assigned such cases).

The writ petition was filed alleging that Dave made a "run down" on Supreme Court judges by raising "unconnected issues" in the case against Bhushan.

On August 5, during the hearing of the Bhushan's case, Dave had made references to the sexual harassment case against ex-CJI Ranjan Gogoi, and suggested that he got the nomination to Rajya Sabha after retirement for favourable judgments such as Ayodhya, Rafale etc.

Terming these submissions "disproportionate", Yadav submitted that Dave's "brashness" led to the demolition of the dignity of the Supreme Court.

"The petitioner feels, except for aggrandisement of self-righteousness and anointing himself as custodian of rectitude and guardian to the conduct of Supreme Court, nothing explains the brashness of Sh. Dave to demolish the dignity of the Supreme Court and create judicial/social disorderliness - impacting the fundamental rights of the petitioner", the plea stated.

The petitioner contended that Dave's conduct is inconsistent with the dignity of a Senior Advocate.

"The conduct of Sh.Dave in apparently projecting himself as a vanguard amongst the saviours of Supreme Court's majesty; loathsomely trashes judicial decisions and denigrates judges who are apparently against his choice - certainly inconsistent with the dignity of Senior Advocate designation", the plea adds.

Contending that Dave's conduct was "outrageous", the petitioner submitted that his senor designation should be recalled so that "an unequivocal message goes to the countrymen, that a person howsoever powerful in his narcissist overdrive can't self-assume authority of being judgmental of the Hon'ble Judges conduct of shoot off statements, vilifying the Supreme Court unless backed by legal foundation of binding precedents".

Dave was making the submissions in the contempt case taken against Prashant Bhushan for two of his tweets which alleged that the CJI was keeping the Supreme Court under lockdown and that four CJIs played a role in Supreme Court leading to the destruction of democracy over past few years.