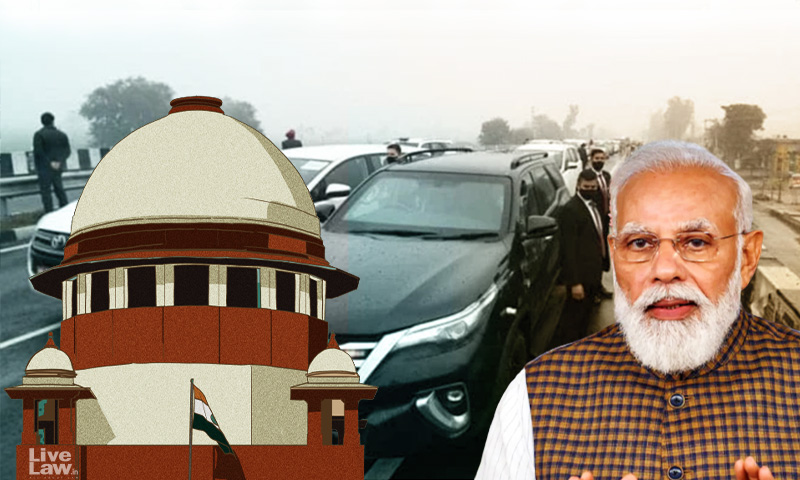 The Supreme Court on Wednesday appointed former Supreme Court judge Justice Indu Malhotra to head the Committee to enquire into the security lapse which happened during the visit of Prime Minister Narendra Modi to Punjab on January 5.The Court opined that the "questions cannot be left to one-sided enquiry" and a judicially trained mind needs to oversee the probe. The Director-General of...

The Supreme Court on Wednesday appointed former Supreme Court judge Justice Indu Malhotra to head the Committee to enquire into the security lapse which happened during the visit of Prime Minister Narendra Modi to Punjab on January 5.

The Court opined that the "questions cannot be left to one-sided enquiry" and a  judicially trained mind needs to oversee the probe. The Director-General of the National Investigation Agency or his nominee not below the rank of IG, Director General of Police of Union Territory of Chandigarh, ADGP (Security) of Punjab and the Registrar General of the Punjab and Haryana High Court (who has seized the records relating to PM's visit) are the other members of the Committee.

The points of reference of the Committee will be-

"...these questions can't be left to one-sided inquiries. A judicially trained independent mind duly assisted with officers well acquired with security issues & Registrar general of HC who seized records would be best placed, to submit a comprehensive report", CJI NV Ramana read out the operative portion of the order.

The Court directed the Enquiry Committee to submit the report "at the earliest".

The Court said that there is also a greater urgency to evolve new measures that may ensure there is no recurrence of such lapses in the future.

A bench comprising the Chief Justice of India NV Ramana, Justice Surya Kant and Justice Hima Kohli passed the order in a PIL filed by an NGO "Lawyer's Voice" seeking a probe into the security lapse during PM's trip.

On the last occasion ( 10th January) the Court while deciding to constitute an independent committee had asked both the Central Government and the Punjab Government to put on hold the inquiries by the Committees constituted by them in the meanwhile.

Earlier on 7th January, the Supreme Court had directed the Registrar General of the Punjab and Haryana High Court to secure the records relating to the visit of Prime Minister Narendra Modi to Punjab on January 5, during which a security lapse occurred when a group of protesters blocked the PM's cavalcade.

The Court had directed the State of Punjab, central and state agencies to cooperate with the Registrar General and provide entire records immediately. The Court said that both the Director-General of Police of Chandigarh UT and an officer from NIA can be nodal officers.