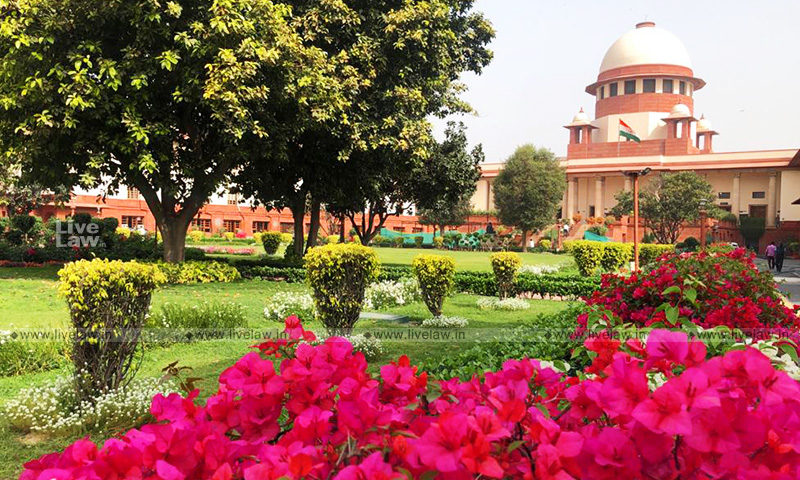 The Supreme Court has issued notice on a special leave petition which raises the issue that whether an adolescent boy, who enters into a relationship with a girl who is less than 18 years of age, can be punished for the offence of sexual assault under the POCSO Act.The petition is preferred against an order of the Madras High Court in Maruthupandi v. State, holding that even if a minor...

The Supreme Court has issued notice on a special leave petition which raises the issue that whether an adolescent boy, who enters into a relationship with a girl who is less than 18 years of age, can be punished for the offence of sexual assault under the POCSO Act.

The petition is preferred against an order of the Madras High Court in Maruthupandi v. State, holding that even if a minor girl falls in love and develops a consensual relationship with her partner, the provisions of POCSO Act will be attracted against the latter.

A bench comprising Justices Indira Banerjee and Krishna Murari issued notice to the Tamil Nadu government on the SLP and protected the petitioner from any coercive action in the meantime.

"Punishing teenager having a consensual affair which later tums out to be sour for any reason cannot be considered as an objective of the Act and it would only defeat the object of the Act. The Act is silent on the aspect where two individuals though may be less than 18 years, enters into a consensual relationship and in the absence of this, certainly the application of law in the Act cannot be permitted to charge and punish individuals in such relations keeping the fact of changing societal needs. Such consensual incidents certainly cannot be seen from the nature of such stringent provisions of the POCSO Act"

Victim Girl & Man In Love & Living Together For 4 Years Won't Make POCSO Offence Compoundable Even If Girl Agrees To It: Madras High Court

In the said order, a Single Bench of Justice P. Velmurugan refused to allow an application moved by the accused seeking compounding of the offence, on the ground that any offence committed under the POCSO Act is not compoundable offence.

The High Court was dealing with an application appeal filed by Maruthupandi against an order of conviction passed by the Magistrate under Section 5(l) read with Section 6 of the POCSO Act.

During these proceedings, an application was moved for taking of additional evidence of the victim to the effect that both of them had been living together for the past four years and that their relationship was consensual. The application was ultimately dismissed.

It may be noted at this juncture that at the time of alleged offence, both the victim and the accused (Petitioner herein) were around 17 years of age.

The petitioner has contended that there was no sexual assault or violence involved, and has termed it as a case of 'love affair going sour'.

The Petitioner has challenged the Madras High Court's order refusing permission to compound the offences alleged against him, as being contrary to a decision rendered by another coordinate Bench of the High Court in Vijaylakshmi & Anr. v. State.

In that case(Vijayalakshmi), a Single Bench of Justice N. Anand Venkatesh had observed that punishing an adolescent boy who enters into a relationship with a minor girl by treating him as an offender, was never the objective of the POCSO Act.

Punishing An Adolescent Boy Who Enters Into A Relationship With A Minor Girl Was Never The Objective Of POCSO Act: Madras High Court

"An adolescent boy and girl who are in the grips of their hormones and biological changes and whose decision-making ability is yet to fully develop, should essentially receive the support and guidance of their parents and the society at large. These incidents should never be perceived from an adult's point of view and such an understanding will in fact lead to lack of empathy. An adolescent boy who is sent to prison in a case of this nature will be persecuted throughout his life."

Similarly, another coordinate bench of the High Court comprised of Justice V. Parthiban in Sabari v. Inspector of Police had discussed that persons of the age group of 16 to 18 years are involved in love affairs and how in some cases ultimately end up in a criminal case booked for an offence under the POSCO Act.

The judge had suggested that more liberal provision can be introduced in the Act itself in order to distinguish the cases of teen age relationship after 16 years, from the cases of sexual assault on children below 16 years.

In this backdrop, the instant Petitioner has contended that the impugned order refusing to compound the offences alleged against him are against the decisions of two Coordinate Benches.

The Petitioners has also referred to the Supreme Court's decision in S. Kasi v. State wherein it has been held that a coordinate bench must follow the decision of another coordinate bench and in case of ambiguity, should refer the issue to a larger bench.

The Top Court had held, "a coordinate Bench cannot take a contrary view and in event there was any doubt, a coordinate Bench only can refer the matter for consideration by a Larger Bench. The judicial discipline ordains so".

The Petitioner has contended that before taking a contrary view to decisions of two coordinate benches on the same point of law, the Single Judge should have borne in mind the settled principles of consistency and Judicial Discipline.