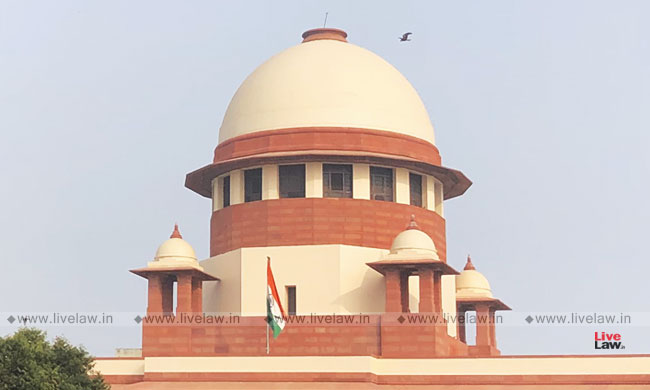 Another PIL has been filed before the Supreme Court, seeking CBI/NIA/Court monitored investigation into the encounter killings of Kanpur Gangster Vikas Dubey and his aides. "Shall we close our hon'ble courts, prosecution agencies and dismantle the system of administration of criminal justice as the trigger happy cops in the state of Uttar Pradesh do not need them and believe only...

Another PIL has been filed before the Supreme Court, seeking CBI/NIA/Court monitored investigation into the encounter killings of Kanpur Gangster Vikas Dubey and his aides.

"Shall we close our hon'ble courts, prosecution agencies and dismantle the system of administration of criminal justice as the trigger happy cops in the state of Uttar Pradesh do not need them and believe only upon their fire power when taking any adversary or outlaw in their custody?" the petition filed by Advocate Anoop Prakash Awasthi remarks rhetorically.

The Petitioner has expressed doubts over the genuineness of the alleged encounters and has hinted that the same were stages to eliminate Dubey and his aides, who were crucial witnesses to the "Police-Criminal-Politician nexus" in the state.

In this context he recalled half a century old observation made by Justice A.N. Mulla in the case of State Of Uttar Pradesh v. Mohammad Naim, 1964 AIR 703, while hearing charges of wrongful detention, sexual assault, false implication and cover-up against the cops.

"There is not a single lawless group in the whole of the country whose record of crime comes anywhere near the record of that single organised unit which is known as the Indian police force. The police force in Uttar Pradesh is an organised gang of criminals," Justice Mulla had said.

The Petitioner has also raised serious concern over demolition of Dubey's house and vehicles in Kanpur, "leading to complete destruction of evidence and dismantling of crime scene."

He has contended that the law enforcement agency of the UP police has assumed itself to be "above law" and it poses a serious threat of the Rule of Law.

It is urged that the act of Police in first eliminating the crime scene and then eliminating the gang of criminals despite catching them alive, amounts to "destruction of complete chain of evidence" and such actions require judicial scrutiny to unfold the cover of a "broader conspiracy" which may involve the top police men and political persons of the state.

He has also asked the Court to consider whether mandatory independent judicial inquiry is required to every encounter killing done by the police and whether the case at hand is a fit case for judicial intervention by the Supreme Court, leading broader reforms for infusing professionalism and accountability in police machinery in the entire country.

A day prior to the encounter, a petition was filed before the Supreme Court, hinting at the possibility of Dubey being "killed" by the UP Police.